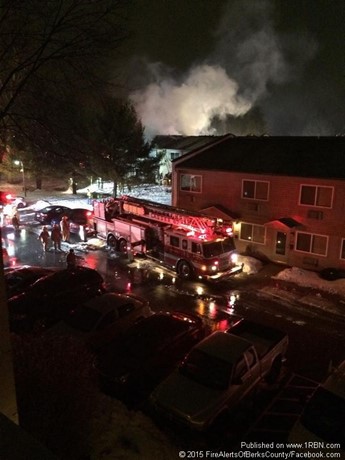 Photo by FireAlertsOfBerksCounty/Facebook.comCrews positioning at the dwelling. 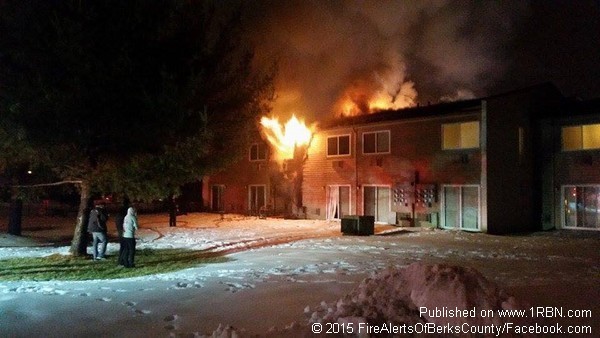 March 4 ,2015 Crews were alerted to a reported building on fire at 1354 West Wyomissing CT for the Lincoln Park APTS. Crews arrived to a working building fire and shortly there after a second alarm was struck. Crews encountered difficulty with hoses around and cold weather. Crews were released a few hours later.