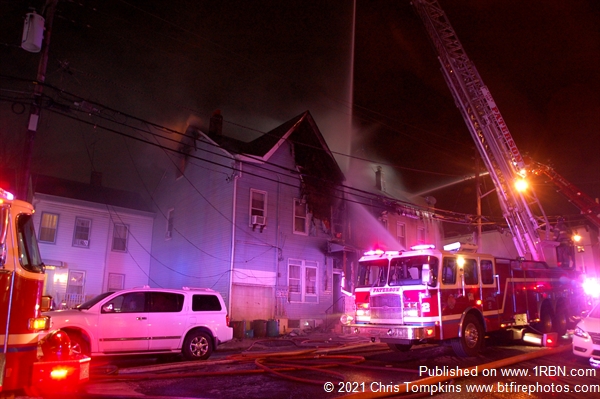 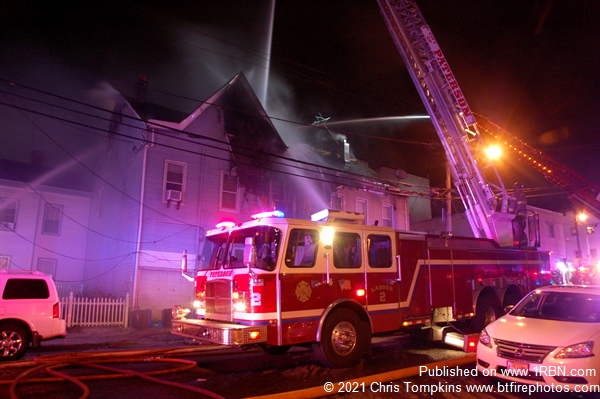 Paterson, NJ - Paterson firefighters battled heavy fire conditions in two frames on Friday night, March 5th, that would go to a second-alarm to bring under control.

Firefighters were dispatched to the area of 1 Green Street for a reported structure fire around 9:25 P.M. While en-route, PD advised that they had heavy smoke in the area. Command arrived and reported a working fire across from 1 Green Street, and all companies were going into service.

The two-and-a-half story frame had fire on the second floor and into the attic, and was spreading into the exposure. Three handlines were stretched and went into an interior attack. Firefighters made a push, however were ordered to evacuate both buildings and go to an exterior attack.

A second-alarm was transmitted as one ladder pipe, one tower and multiple exterior handlines knocked down the fire within 30 minutes. No injuries were reported. The cause of the fire is still under investigation.