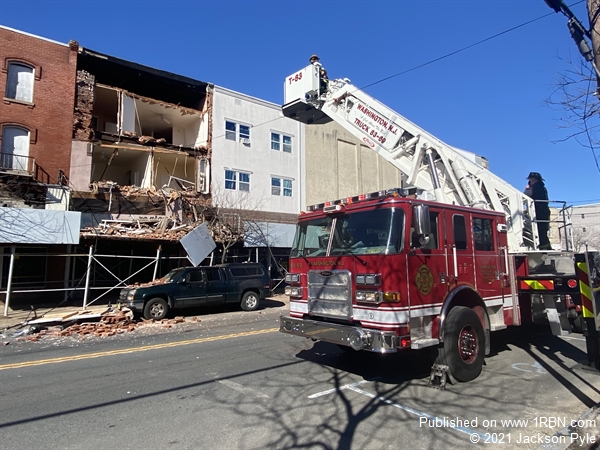 Photo by Jackson PyleTower 83 operating at the scene of a collapse in Washington Boro on March 2nd.

The team's services were not required and the assignment was held to Washington Boro Fire and local resources to secure utilities and the area. No injuries were reported.