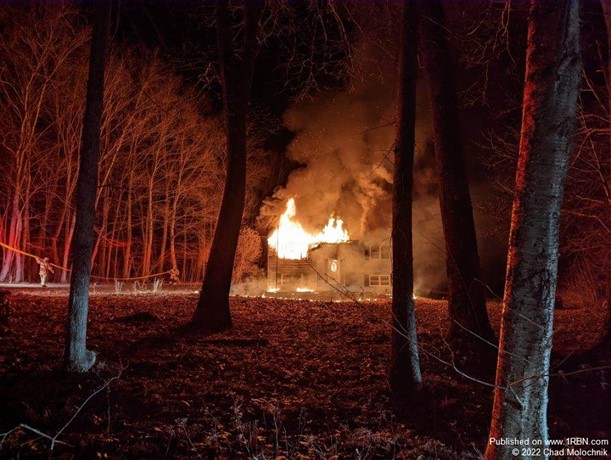 Photo by Chad MolochnikCrews stretching the first line from Tanker 116 as heavy fire vents from the front. 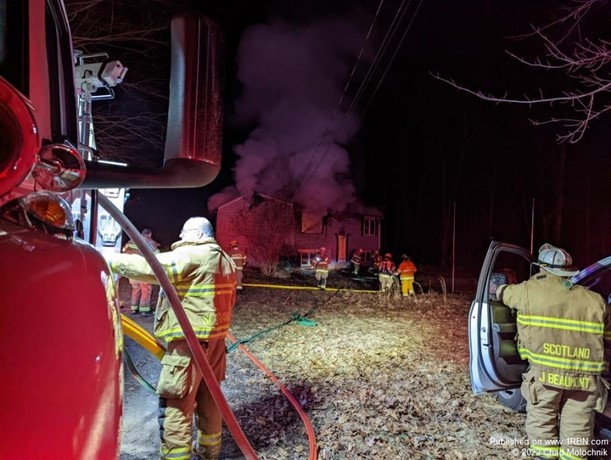 Photo by Chad MolochnikChief Beaumont watches over his men operating. 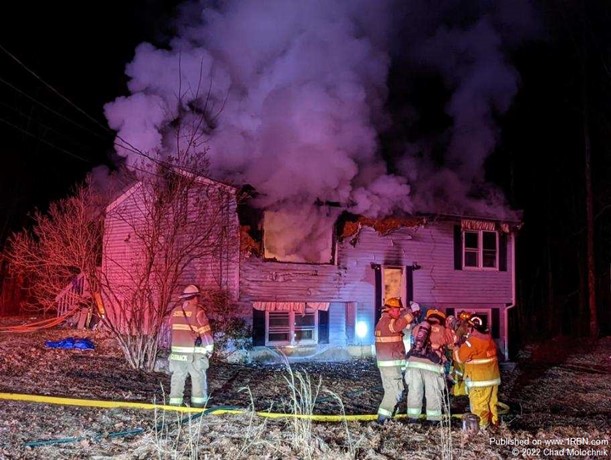 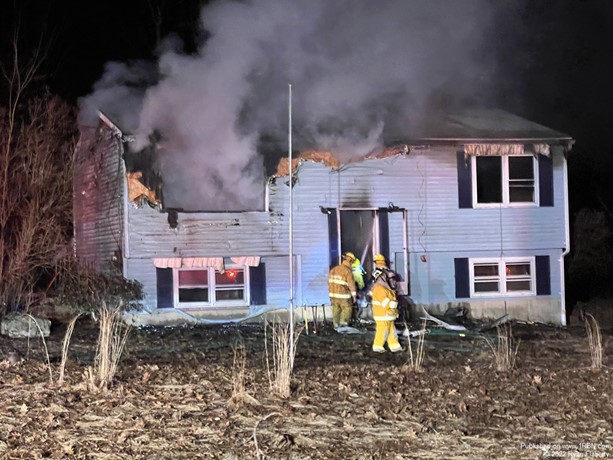 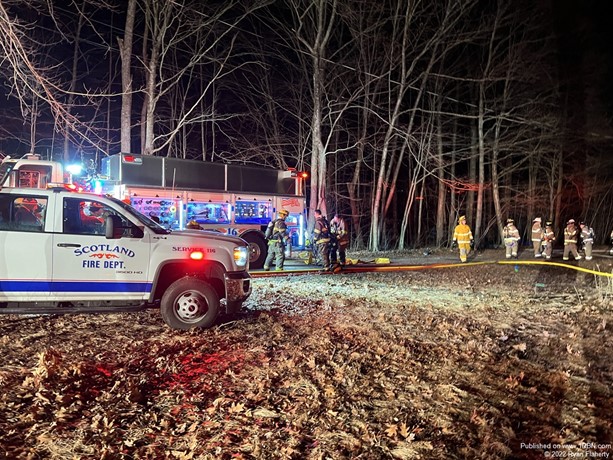 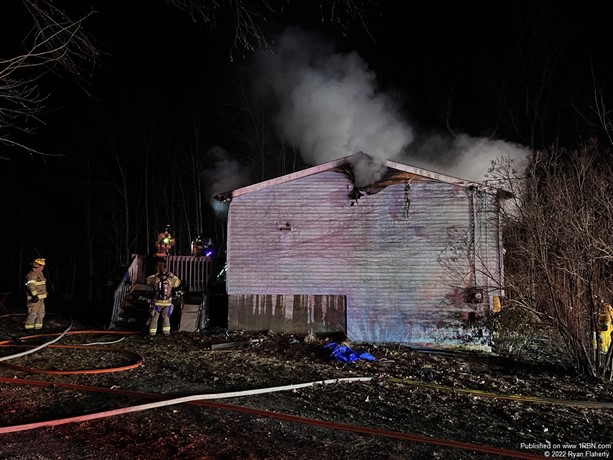 Photo by Ryan FlahertyWillimantic's Engine 101 masking up in the rear. 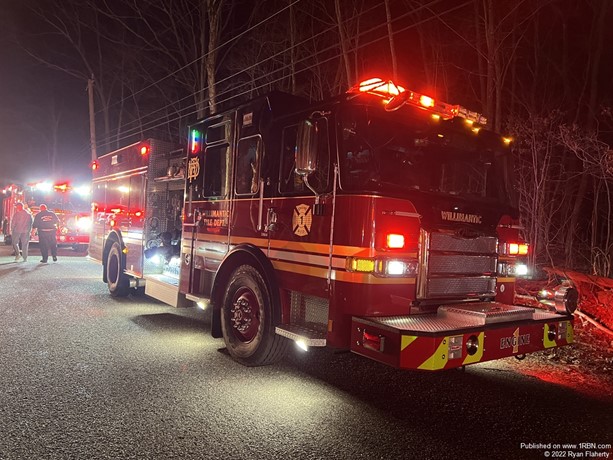 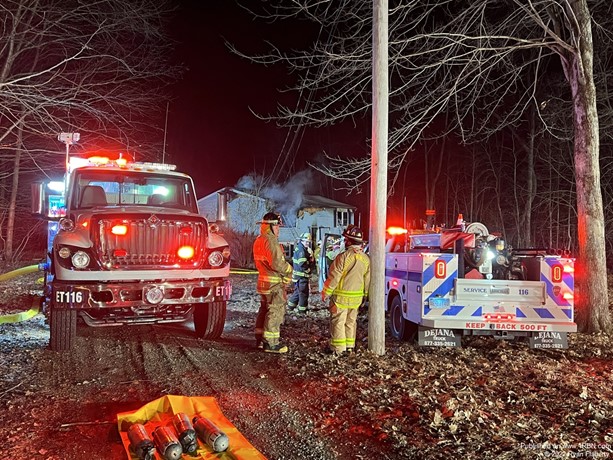 Tanker 116 arrived at 7:35 P.M. with heavy fire showing from the second floor 'Alpha/Bravo' corner and stretched a hose line to the front. Car 16 established command while Car 116 had operations and Car 202 was the interior boss. Hose Tender 116 laid about 3,000-feet of five-inch supply line from Brooke Road at Brooklyn Turnpike into the scene, then they went back and established a draft on Brooklyn Turnpike.

Hampton Engines 112, 212 and ET-209 arrived next and tied into Tanker 116 to give them their water. Crews operated three lines and command reported the bulk of the fire knocked down at 7:59 P.M. Crews remained on scene for about two hours. The Scotland Fire Marshal’s Office is investigating.