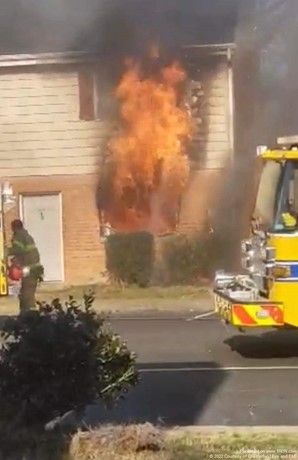 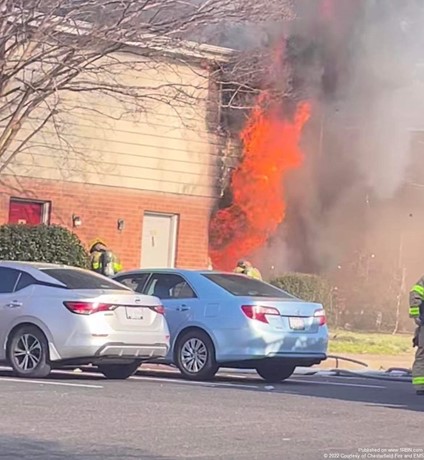 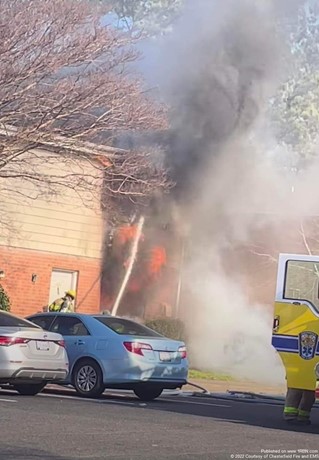 CHESTERFIELD,VA-Twelve people are homeless after fire swept through a townhouse apartment on Feb. 15.

It all began around 2:47 p.m., when tones dropped for a structure fire in the 6400 block of Planet Road.

"Occupants of the apartment self evacuated," said Lt. Kenny Mitchell, spokesman for Chesterfield Fire and EMS, "the adjacent apartment was evacuated."

Mitchell said the fire was marked under control in about 30 mins.

Red Cross is assisting the displaced.