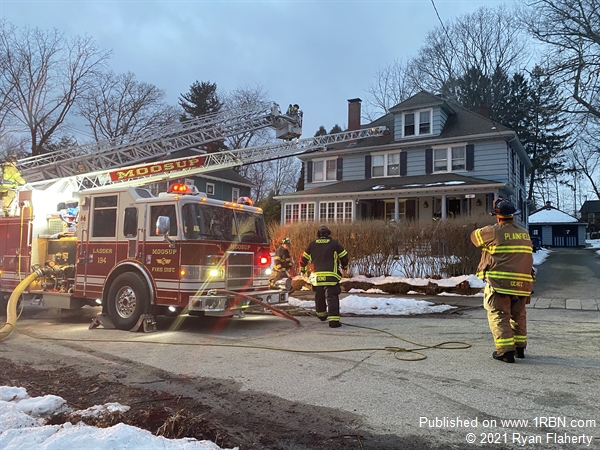 Photo by Ryan FlahertyMoosup Ladder 194, a 2005 Pierce Dash flew their stick to the roof and pumped two 1.75" hose lines. 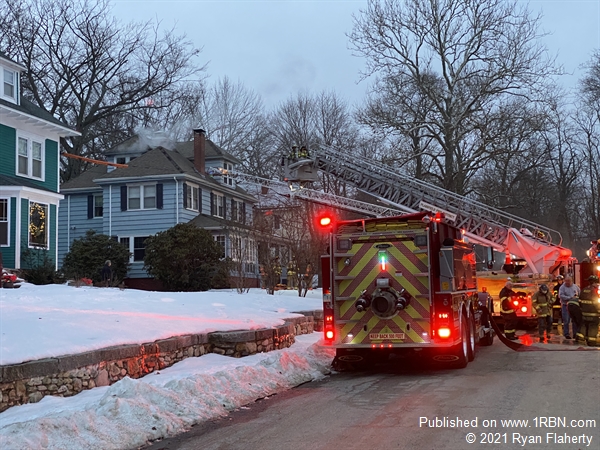 Photo by Ryan FlahertySmoke was coming from the third floor windows on the Bravo side on arrival. 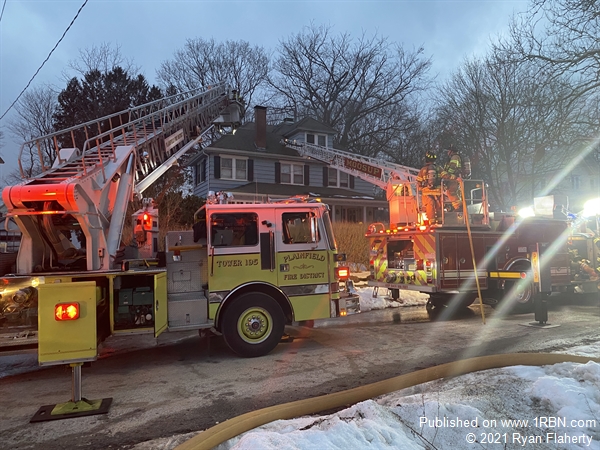 Photo by Ryan FlahertyPlainfield Tower 195, a 1990 Sutphen flew their bucket to the Bravo side and assisted with opening up. 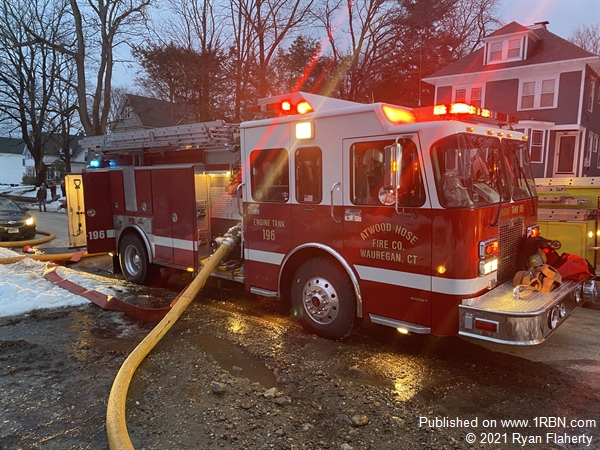 Photo by Ryan FlahertyAtwood Engine 196 a 2002 Spartan/Ferrara laid a thousand feet of five inch to supply the scene. 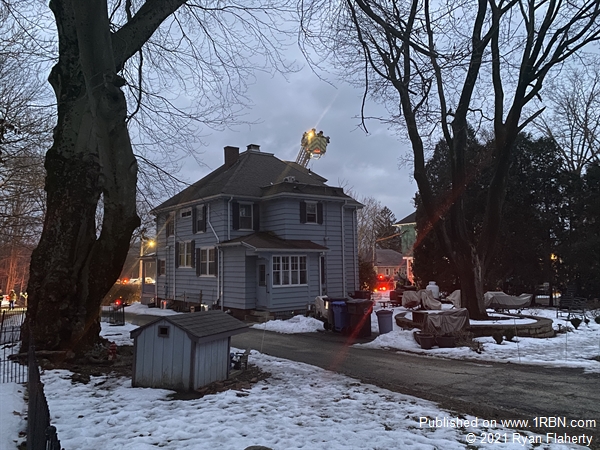 Photo by Ryan FlahertyView from the neighbors back yard. 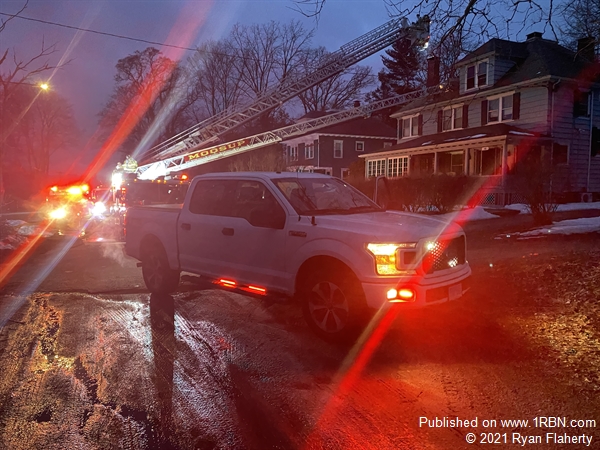 At 5:11 pm on Tuesday, 2/23/2021 the Moosup Fire Department with mutual aid from Plainfield, Central Village, Atwood Hose, Oneco, South Killingy/Danielson FAST and the Moosup Ambulance responded to 41 Highland Street for smoke coming from the third floor windows of a house. Ladder 194 arrived at 5:18 confirming smoke from the third floor windows. They flew the aerial to the roof and stretched a 1.75” hose line through the front door to the third floor where they found a room burning. Car 94 assumed command at 5:19 and put operations on QV Tac 6. Engine 196 hit a hydrant at the corner of Daggett and Linnell Street, then laid about 1,000 feet of 5 inch supply line which fed Ladder 194. Tower 195 set up on the Alpha/Bravo corner and pulled the soffit on the Bravo side. Car 394 reported the main body of fire knocked down at 5:31 while crews continued overhauling and began salvage work. Command placed the incident under control at 5:53 and had Quinebaug Valley Emergency Communications notify the American Red Cross for 2 adults.