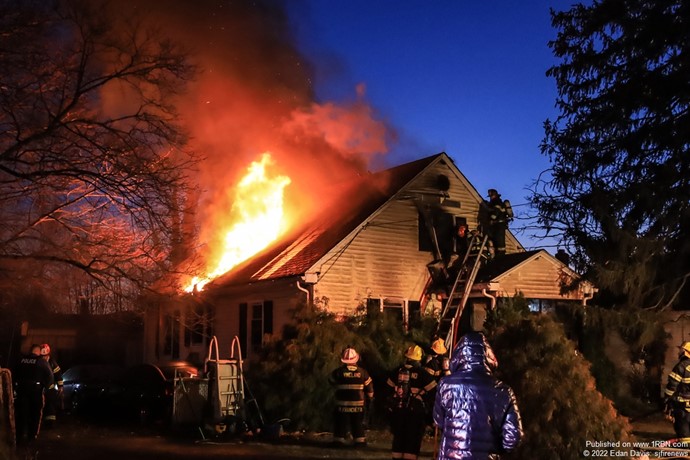 Photo by Edan Davis: sjfirenewsHeavy fire through the roof. 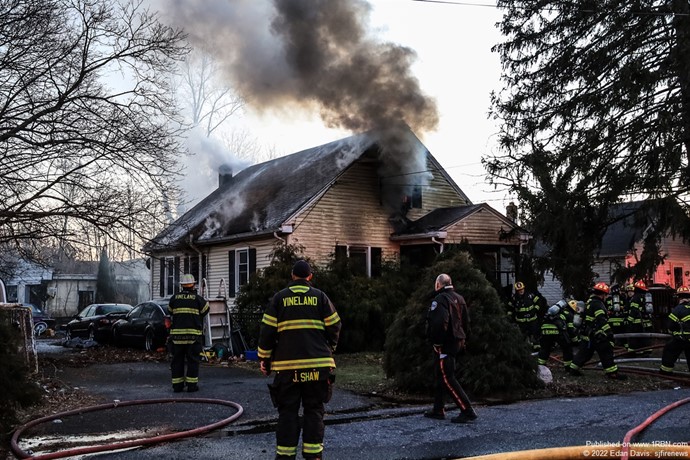 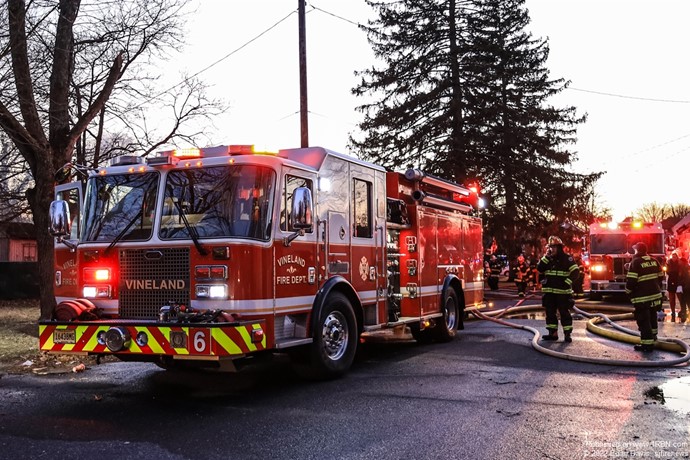 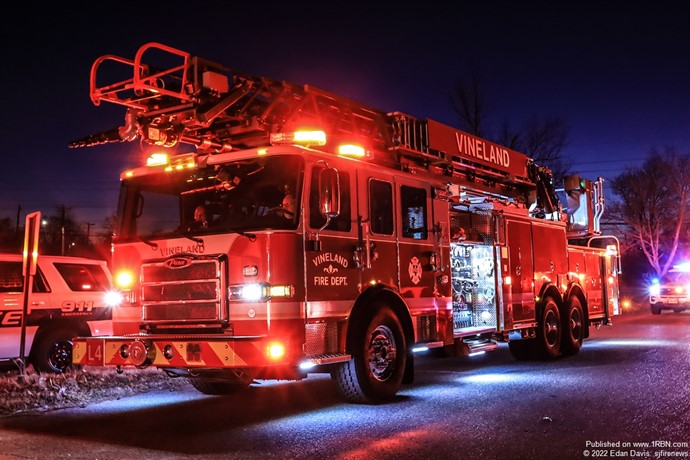 Units responding were advised that multiple calls were reporting a working fire, upgrading to the All Hands box. This added Vineland Engine 3, Ladder 2, and Forest Grove Ladder 4356 to the call.

Engine 6 arrived with heavy fire showing from the 'C' and 'D' sides of the dwelling, and all occupants out of the dwelling with the exception of a dog. Crews attempted an interior attack but were forced back by a partial collapse of the first floor. Command ordered all personnel out of the structure and began an exterior attack.

High winds and limited access allowed conditions to deteriorate as fire burned through the roof. Crews repositioned and brought the fire under control around the 90 minute mark. Units remained on scene for some time, performing extensive overhaul and extinguishing all remaining hot spots. The cause of the fire is under investigation.

Vineland PD, Cumberland County Police, Vineland Fire Investigation 6, and Vineland Electric also assisted at the scene. Vineland Ladder 3 and Rosenhayn Engine 2901 covered the city for the duration of the call.