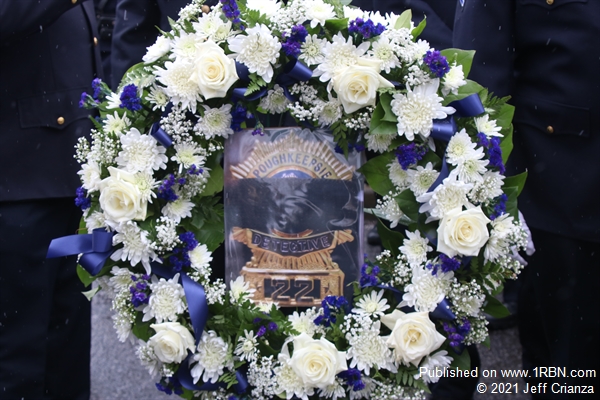 Photo by Jeff CrianzaThe wreath that will be laid John's memorial 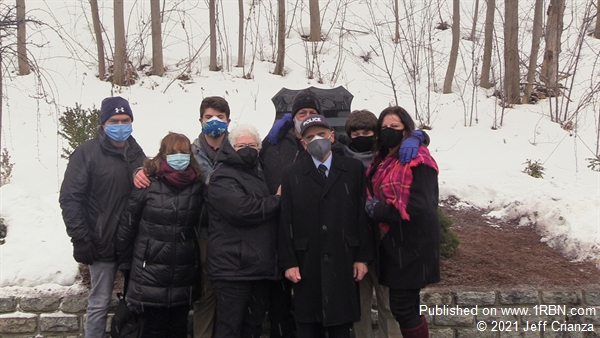 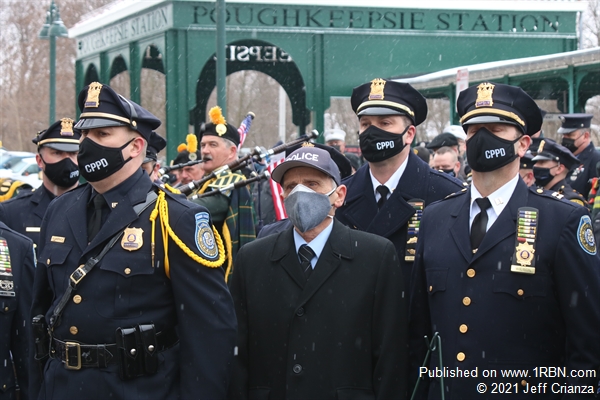 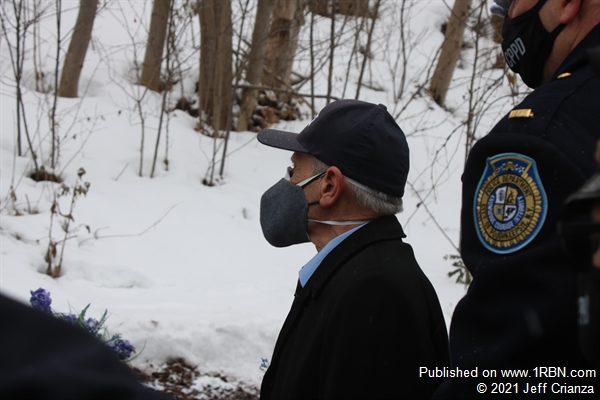 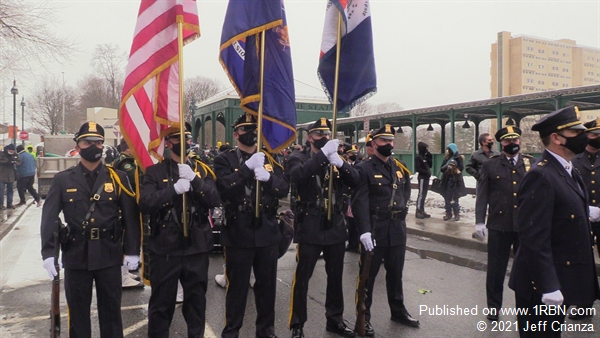 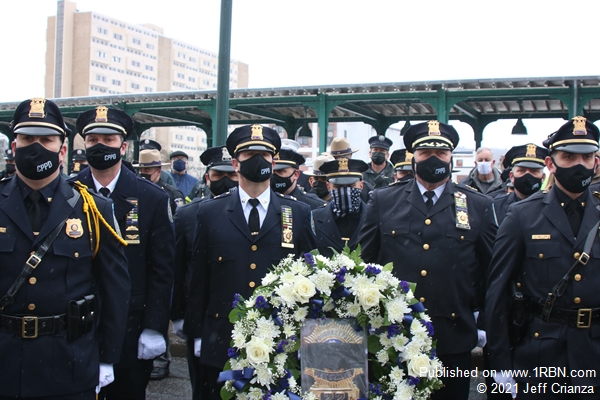 On a snowy and cold day here in Poughkeepsie the family of Police Officer John Falcone and fellow officers from around the Hudson Valley gathered at his memorial to remember a hero. On February 18, 2011, Detective John Falcone was shot and killed after responding to a shots-fired call on Main Street.
He was just over a block away when he received the call and when he arrived at the scene, he encountered a man holding a 3-year-old child and waving a gun. The suspect fled, still holding the child, with Officer Falcone in pursuit. Detective Falcone was able to rescue the child from the man and handed the child to a bystander before engaging in a struggle with the suspect as other officers arrived at the scene. During the struggle, Officer Falcone was fatally shot in the head before the man was killed with a self-inflicted gunshot during a struggle with another officer.