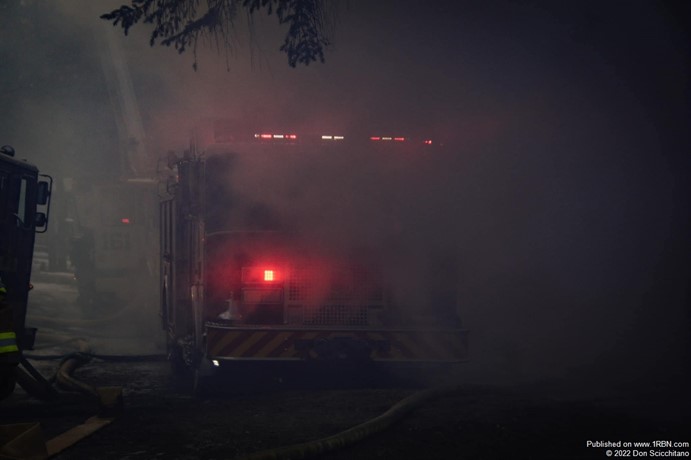 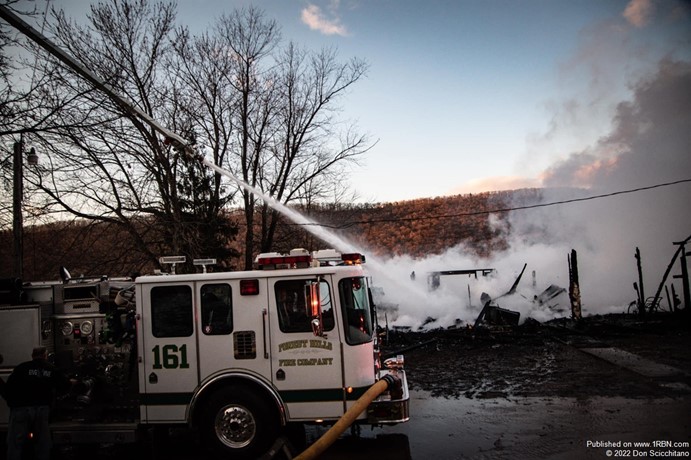 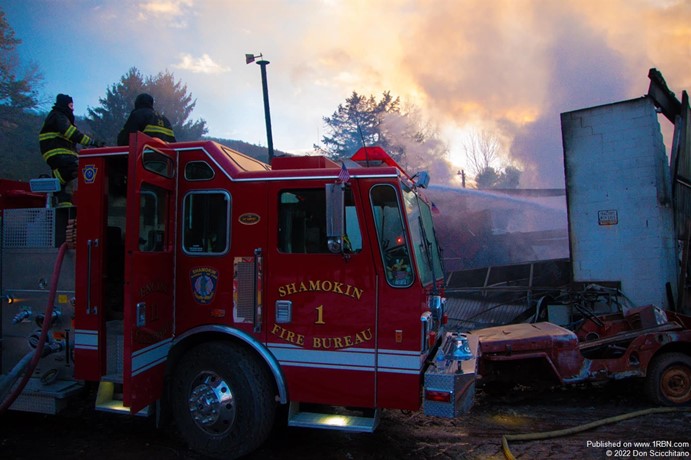 Photo by Don ScicchitanoShamokin engine 31 uses its deck gun to extinguish burning debris in the garage that was attached to the house. 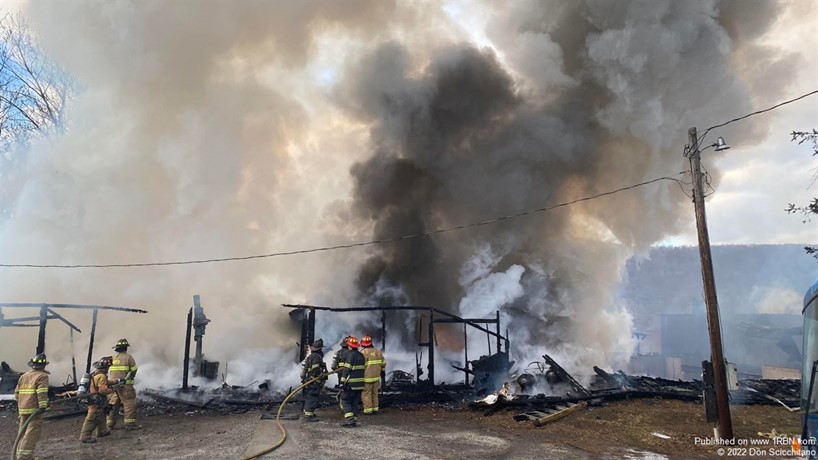 ZERBE, PA - On Monday, February 14th around 3:30 P.M., Zerbe Township and surrounding area units were alerted to a working fire at 153 Hart Street. Command quickly confirmed a working fire from miles out and tankers and a second-alarm were struck. Crews arrived to find a house and garage fully involved. Several master streams and hand lines were used to contain the blaze and extinguish it from a safe distance. As of now, no cause has been determined for the blaze.