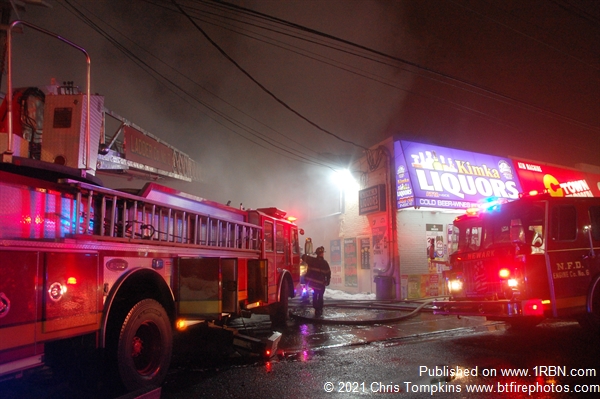 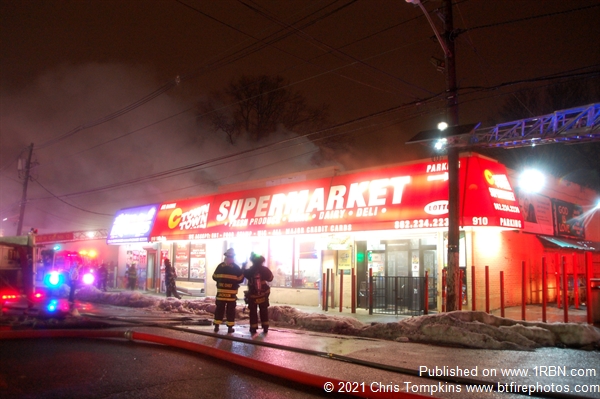 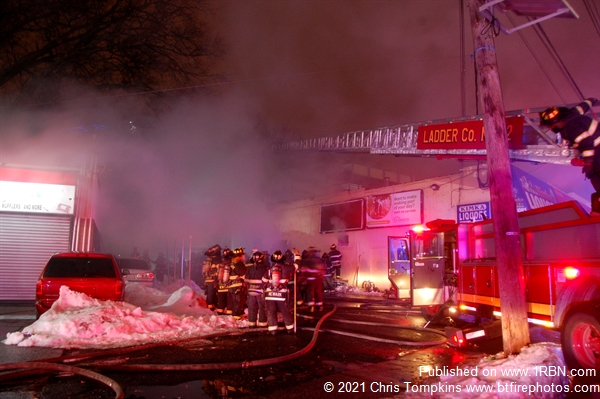 Newark, NJ - Newark firefighters had a busy night battling four fires within 24 hours on February 15th, and the second one of the tour would be a two-alarm fire in a supermarket in the west side of the city.

A full box was dispatched around 10:15 P.M. for a reported fire at 910 18th Ave. On arrival of FD, fire and smoke were visible from the 'Bravo' side of the one-story 100'x75' commercial building. The fire, located on the west side of the building, was burning through the roof and involving AC units on the roof. All members would be removed from the roof and building, and companies would go to an exterior attack. A second-alarm was also transmitted.

One ladder pipe and multiple handlines were put into operation and the fire was held to the 'B/C' corner of the building. No injuries were reported and the fire took just over an hour to bring under control.