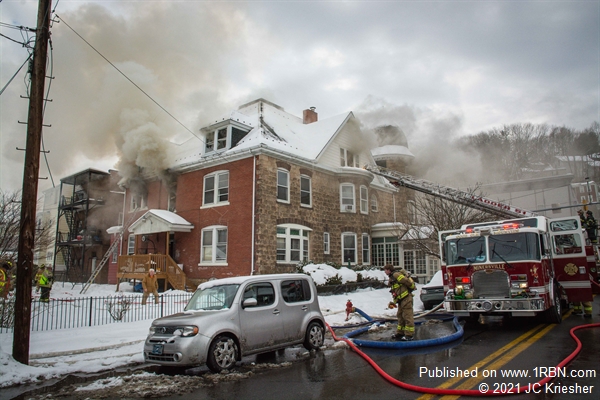 Photo by JC KriesherSmoke comes out of the upper floors of a historic home in Minersville built in the 1860's. 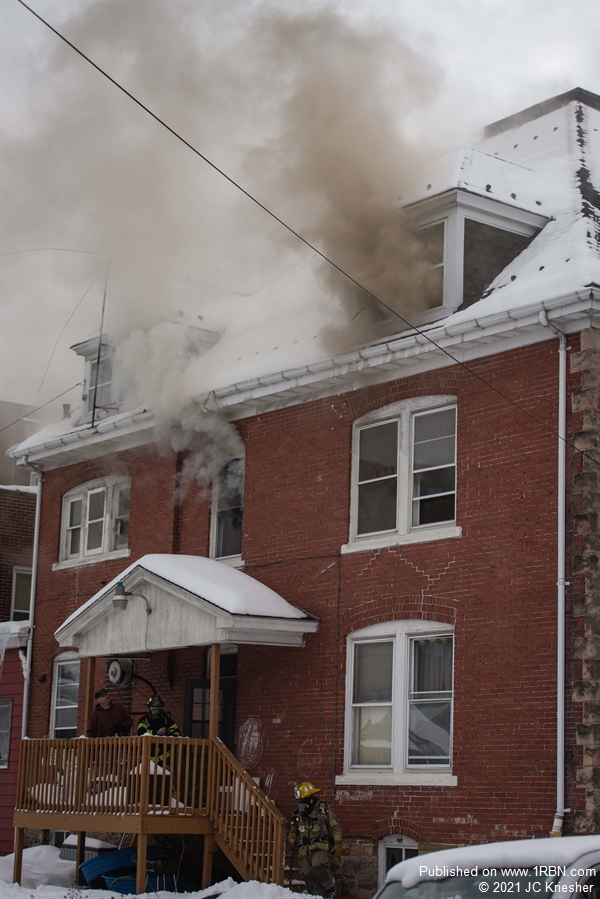 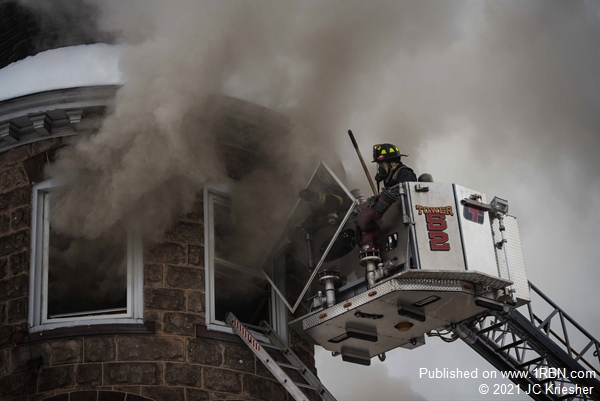 Photo by JC KriesherA crew from the bucket of Minersville Tower 52-22 clears windows from the third floor. 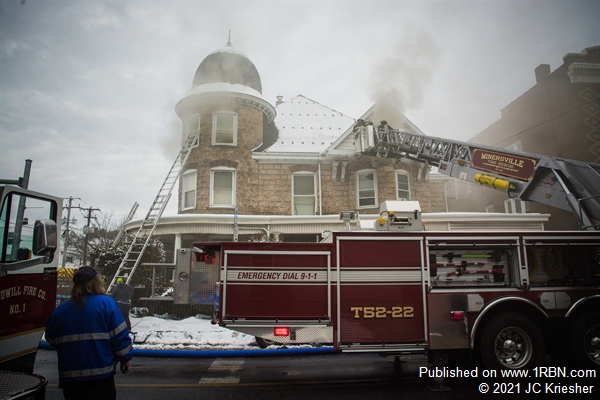 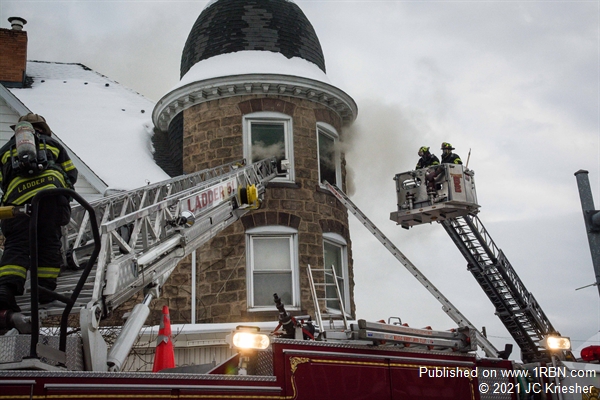 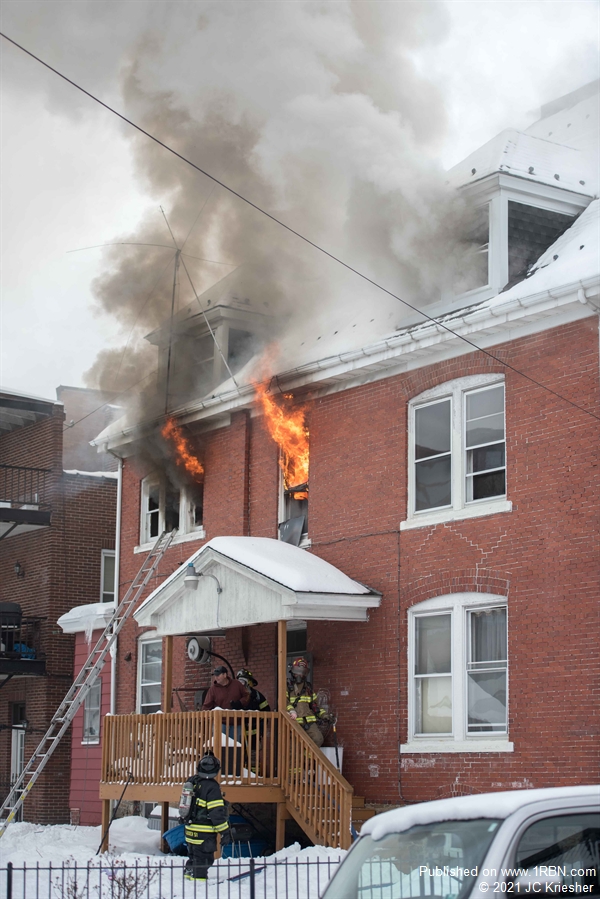 Photo by JC KriesherFlames shoot from the second floor of the home.

Minersville, PA – At 3:11 P.M. on Tuesday, February 9th, Minersville Fire District 52 was sent to 28 Sunbury Street in Minersville for a reported house fire.

The call was quickly upgraded to a house fire with entrapment as reports came in of two people still inside the residence.

Tower 52-22 was the first unit out and was advised that additional reports indicated that all occupants were out of the building. The tower took the address of a large historic home built in 1860 at the corner of Sunbury and Front Streets. The building had a unique construction with multiple floors and over 6500-square-feet of living space.

Schuylkill EMS was responding to the scene and was advised to report to the front of the building as police had a victim with breathing difficulties.

Interior crews were reporting high heat in the upper floors, but were unable to locate the fire. With radio reports indicating a working fire and no command initially set up, Communications added Pottsville Stations 50 and 60 for a Rapid Intervention Team.

The tower crew ascended to the upper floors in the bucket and began to open windows which allowed brown smoke to escape from the building. Turbulent smoke also began to push from the second floor windows on the 'C' side.

Pottsville Engine 68-16 arrived quickly, followed by 68-25 who set up near 52-13 and flew their stick and began to ventilate additional windows. Neither crew was able to perform RIT duties, as many tasks still needed to be accomplished on the fire scene.

Conditions continued to deteriorate on all sides even as additional crews arrived on scene. Chief 52 arrived and assumed command. A second-alarm was struck, which was technically the third-alarm, as 50 and 60 are the second-alarm. The additional alarm brought Frackville Ladder 43-20 and Yorkville Rescue 68-53, plus special calls from Schuylkill Haven RIT, Pottsville Engine 68-11 and Llewellyn Engine 03-10.

The turbulent smoke that was pushing from the second floor turned into heavy fire blowing out of multiple windows on the second floor on both the 'C' and 'D' sides. Two lines were stretched to the backyard to knock down the fire as crews had to back out of the second floor.

Once the fire was hit from the exterior, additional firefighters headed inside and were able to knock down the remaining fire on the second floor.

With the report of the knock on the fire on the second floor and the truck companies opening up, the fire was brought under control and only steam was now coming out of the openings. The fire was placed under control around 4:15 P.M.

By 4:30 P.M., crews started to break down and return to service. Schuylkill Haven RIT packed up and relocated to Minersville Fire-Rescue to provide coverage until first due crews could get ready for service.