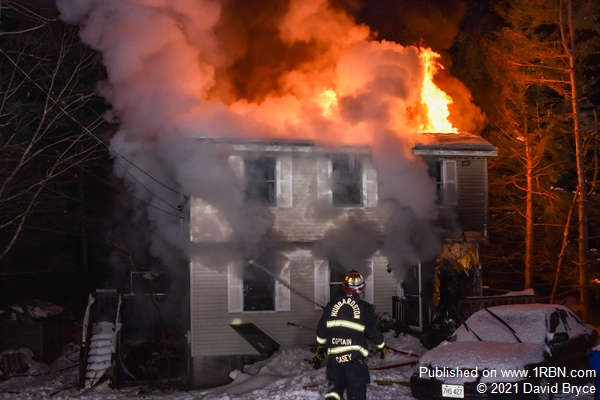 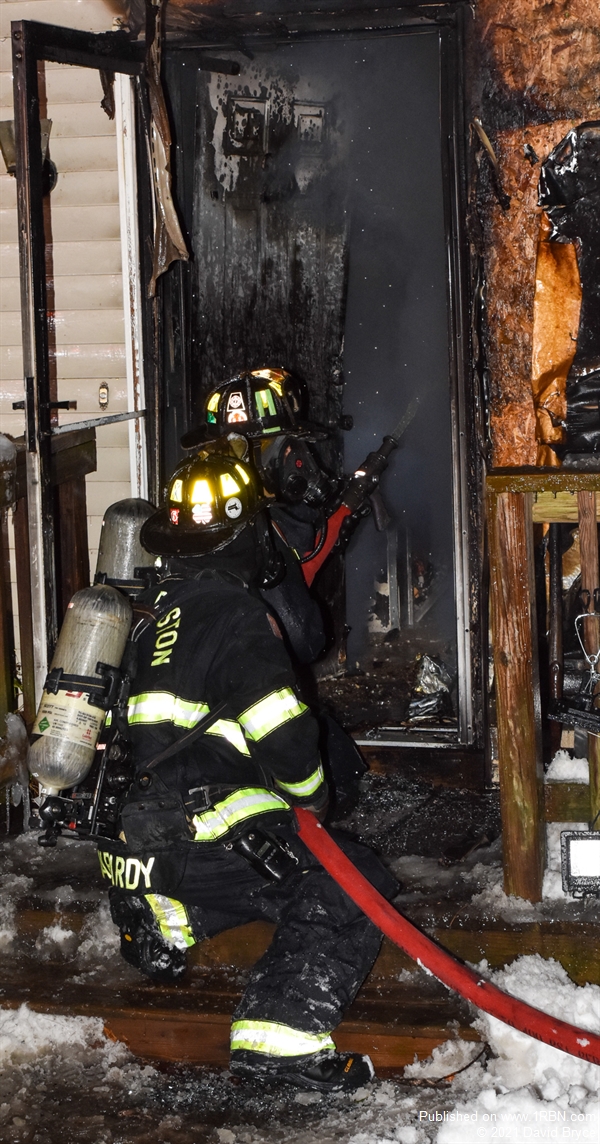 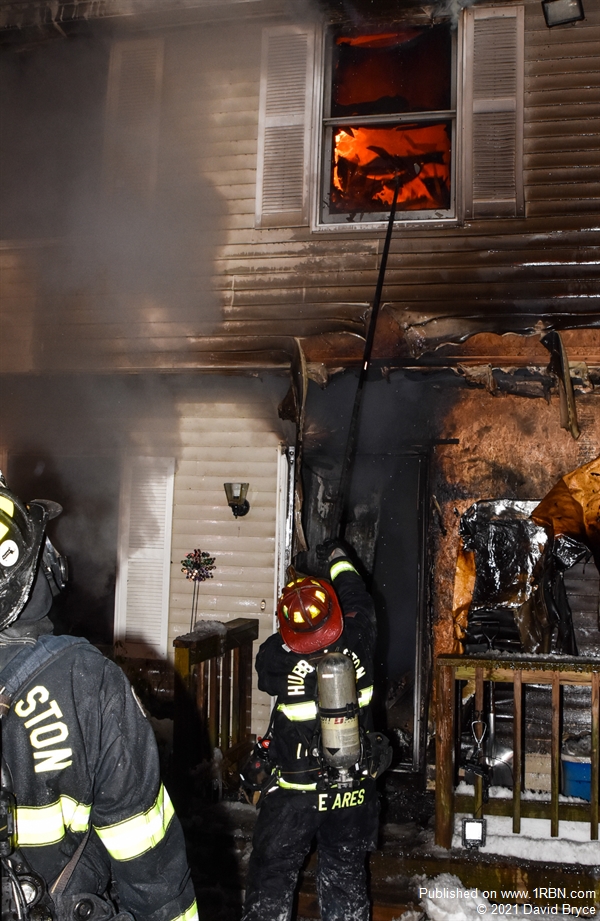 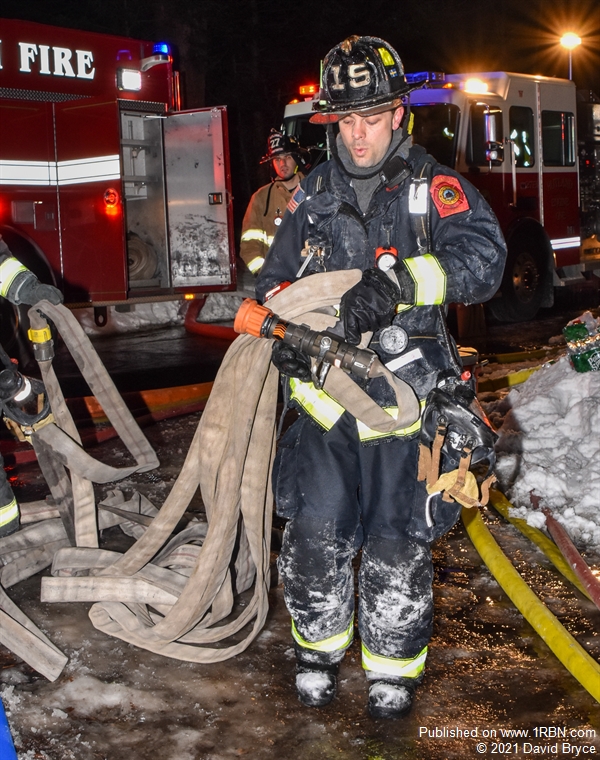 Mutual aid from several towns responded along with multiple tankers. Crews worked for over two hours with heavy fire conditions and poor water pressure to get this fire under control. A third-alarm was struck with a special call for two additional tankers. Once a water supply was established and tankers were moving water, the fire was able to be brought under control.