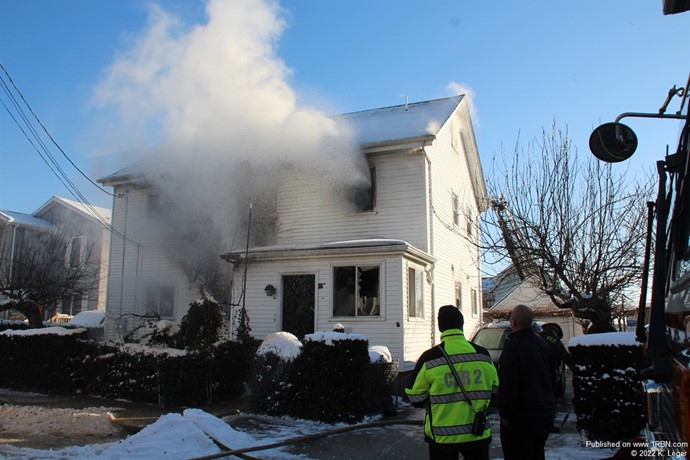 Photo by K. LegerHeavy smoke pours from the home 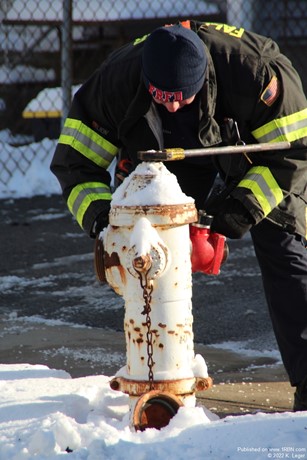 On arrival, Command had heavy fire showing from the first floor windows that had self-vented. All occupants evacuated the home prior to the arrival of the first-in company. One resident was transported due to smoke inhalation.

Two attack lines were used to knock down the fire while Ladder 2 put their aerial up to the roof, but it was not used. Engine 9 attacked the fire, while Engine 2 secured a water supply.

The fire was knocked down quickly, but companies remained on scene for several hours overhauling and investigating.