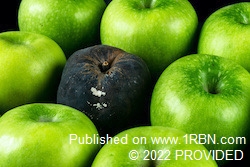 Photo by PROVIDEDA small percentage of doctors are responsible for more than 50% of medical malpractice payouts.

Many Advocates Feel Medical Boards Are Protecting Doctors, Not Patients

We trust doctors to diagnose correctly; we trust surgeons to perform procedures to the best of their ability; we trust nurses and hospitals to protect us if something goes wrong. And most often, they do. But numerous respected studies over the years, including this recent report from John Hopkins Medicine, calculate that more than 250,000 deaths per year in the U.S. are due to medical error. That makes medical errors the third leading cause of death in the country.

Now we’re learning about shocking reports on the widespread failure of state medical boards to adequately police their own. State medical boards are responsible for disciplining physicians when they are found incompetent, mentally or sexually abusive, or have committed a crime. But a significant body of research indicates that these regulators often look the other way.

The consequences of this poor oversight are often tragic:

-A California surgeon removed the wrong ovary from one patient, while other young mothers in his care died. The California state medical board placed him on probation from 2015 until 2022, citing 40 instances of negligence and incompetence. Yet he was allowed to keep practicing if he completed courses in clinical training, ethics, and medical record-keeping. New or existing patients have not been notified of this physician's probation or previous mistakes.

-An Indiana orthopedic surgeon settled more than five malpractice suits in 10 years, but none of that information was available to patients. After losing surgery privileges at two hospitals, he lied to the Indiana state medical board about his suspensions. He then moved to Florida and is still practicing, although he’s already racked up three sanctions from the state Department of Health.

-An Ohio State University physician was implicated in 177 cases of sexual abuse of former students. The Ohio state medical board admitted to “[failure] to act when it holds credible, actionable information about one of its licensees, such as it had [in this case].” The medical board has now reopened 91 other sexual assault cases against other doctors and medical professionals in the state.

Trial by Jury Is Best Protection When Medical Boards Fail

It can seem overwhelming when government regulators and others we trust fail us, but there is plenty you can do to protect yourself and your family.

First, do as much research as possible on any healthcare provider you choose. Online data includes sites like Vital Signs from advocates like ProPublica.

Then support several recommended reforms, including public access to information on doctors who are a danger to their patients. This includes:

Finally, recognize that your best protection from a bad outcome at a dangerous corporate nursing home, negligent hospital, or substandard clinic remains your constitutional right to a trial by jury and your ability to hold them accountable if they hurt you or loved ones.