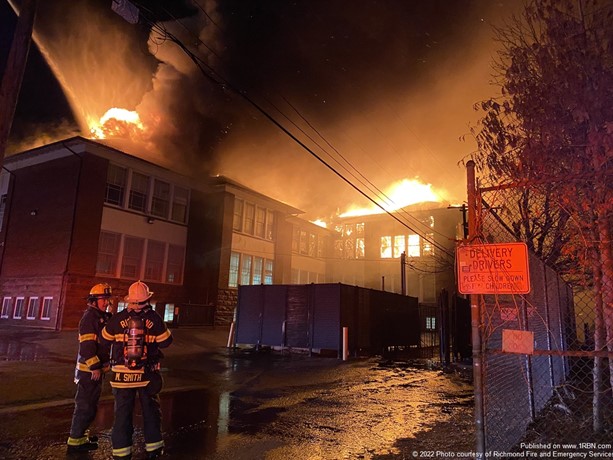 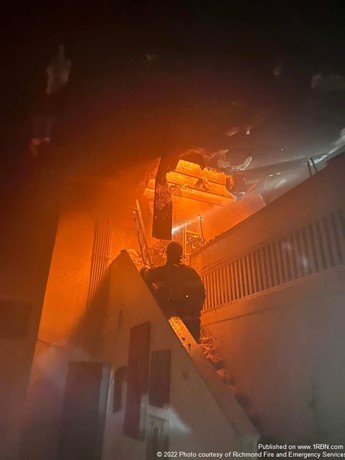 Photo by Photo courtesy of Richmond Fire and Emergency ServicesThis photo was taken right before firefighters were given an evacuation order and the roof collapsed. 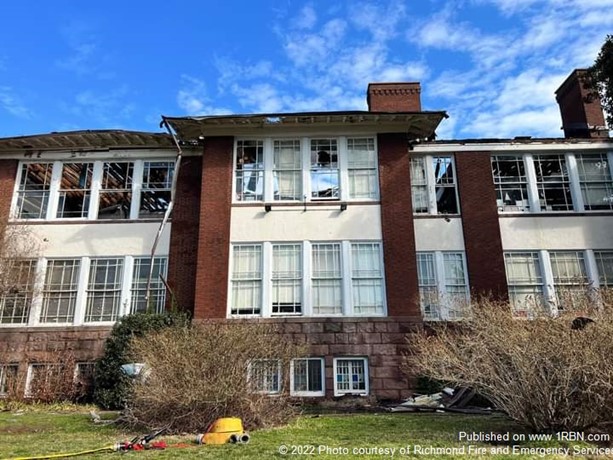 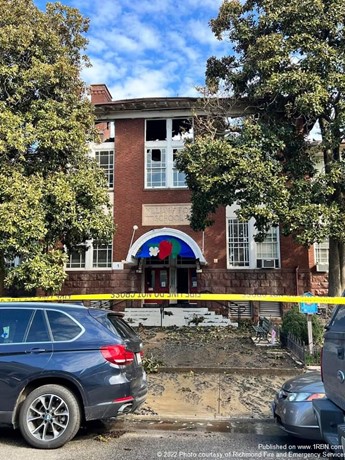 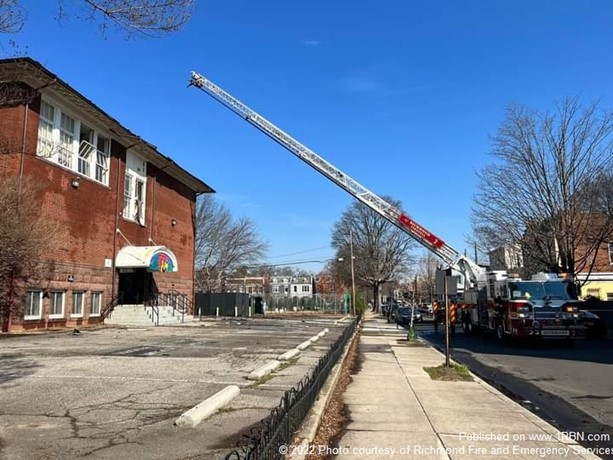 Scene upon arrival was heavy fire and smoke in the structure with fire showing from the top floor and roof.

Due to fire conditions a second alarm was declared at 10:50 p.m.

The roof began to collapse and an evacuation order was given at 11:09 p.m.

Officials said the focus was then on defensive attack from the exterior.

Deck guns and monitors were hard hitting the flames with a deluge of water.

The order was given and master streams pummeled the raging fire.

Officials said no injuries were reported.

During the battle with the school fire, Chesterfield Fire and EMS along with several units from Henrico Division of fire, provided fill- ins at Richmond stations.

The Metro Richmond Flying Squad provided rehab, and Petersburg Support 6 Unit, assisted the Flying Squad with an opportunity for a well deserved and much needed break.

On Feb. 13 around 8 a.m., officials said firefighters were once again dispatched to the school for smoke spotted coming from the structure.

Upon investigation a file cabinet and some debris around it were discovered smoldering. Because of the extensive structural damage and danger of building collapse, firefighters extinguished the smoldering file cabinet, debris and some other hotspots with a master stream and did not enter the building.

Officials said the cause is under investigation.