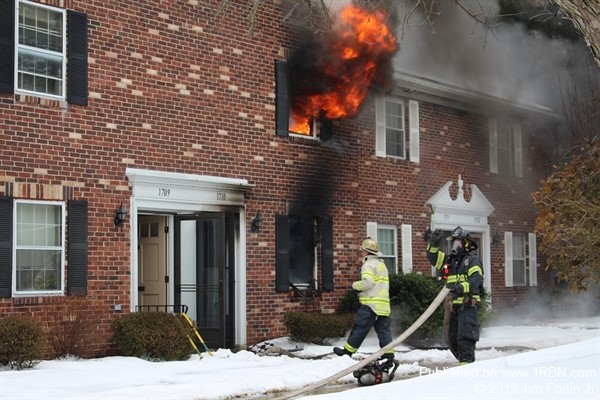 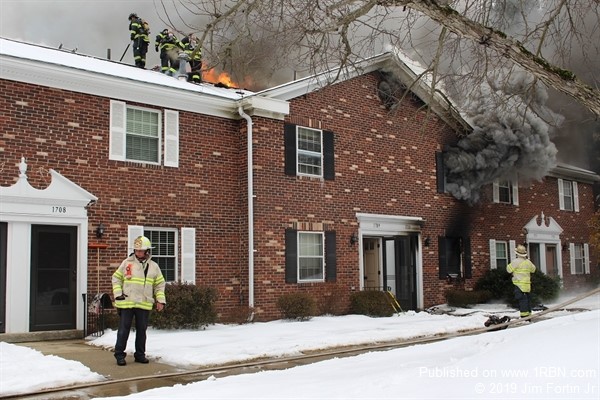 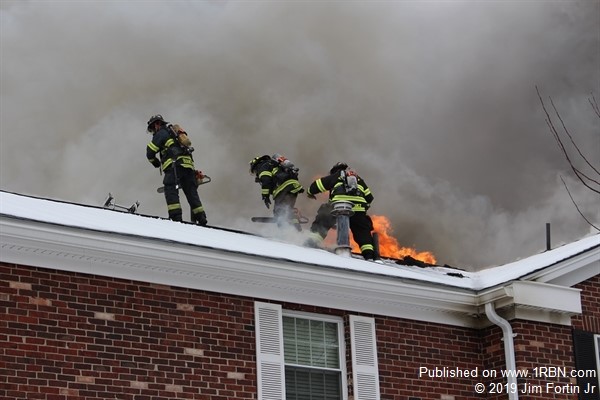 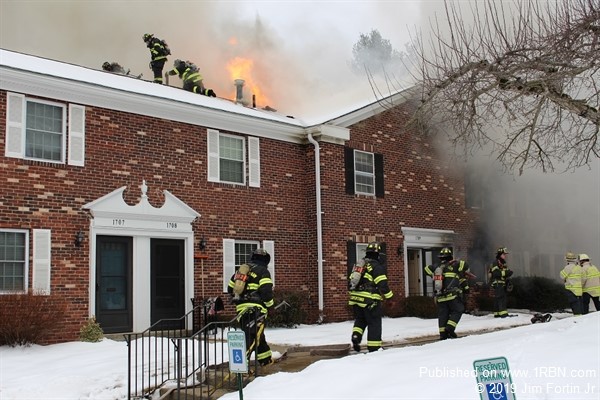 Framingham, MA - The Framingham Fire Department was dispatched to 1700 Windsor Drive for a reported fire during the afternoon of February 13th. Engine 7 arrived moments later to find a shed on fire, with flames extending to the adjacent two-story brick apartment building.

Companies found heavy fire inside multiple units and a second-alarm was called. Several hand lines were stretched and Ladder 3 used ground ladders to open the roof. The fire was continuing to extend through the attic, but firefighters were able to quickly extinguish the bulk of the fire and the incident was placed under control in 45 minutes.

Two units were heavily damaged by the fire and multiple others sustained smoke and water damage. No injuries were reported, and the State Fire Marshal was requested to assist with the investigation.