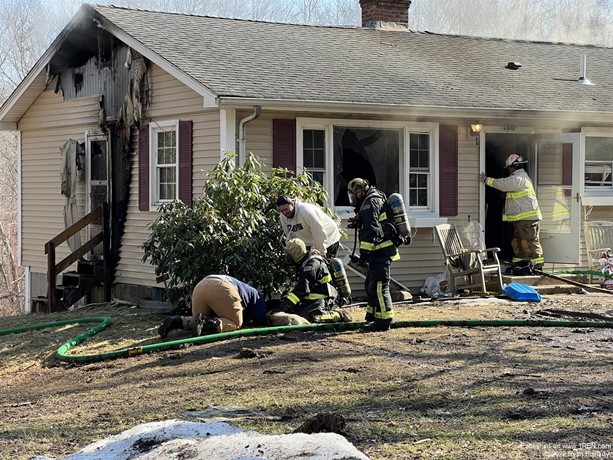 Photo by Ryan FlahertyLisbon Firefighters removed a canine and attempted to resuscitate the dog, but were unsuccessful. 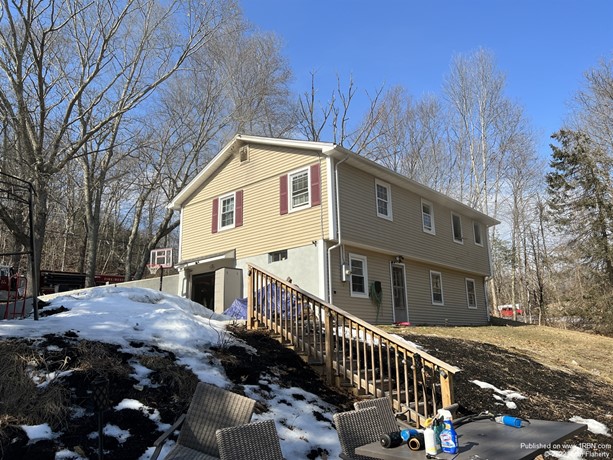 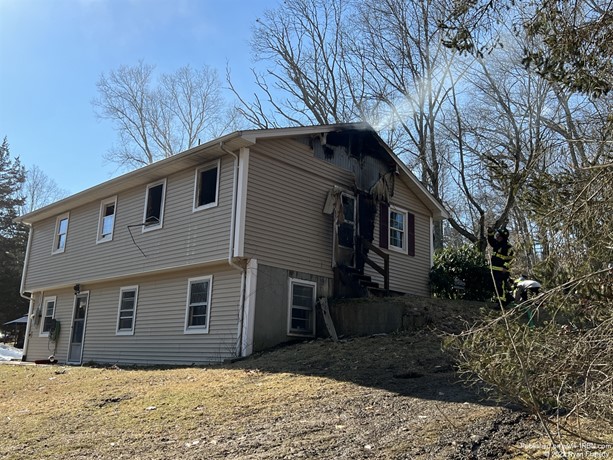 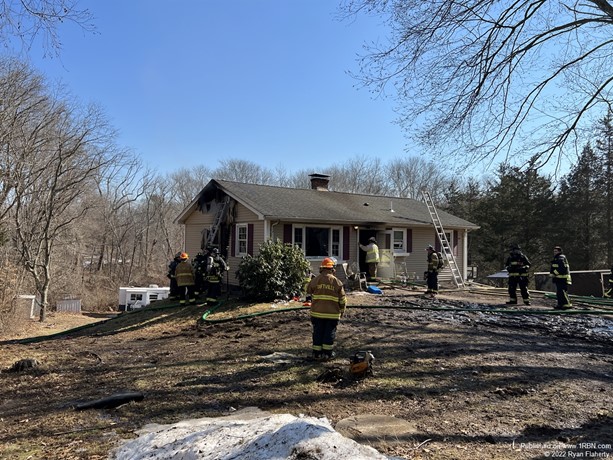 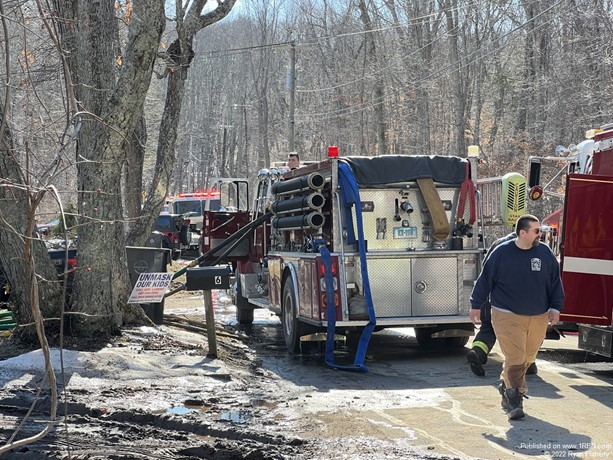 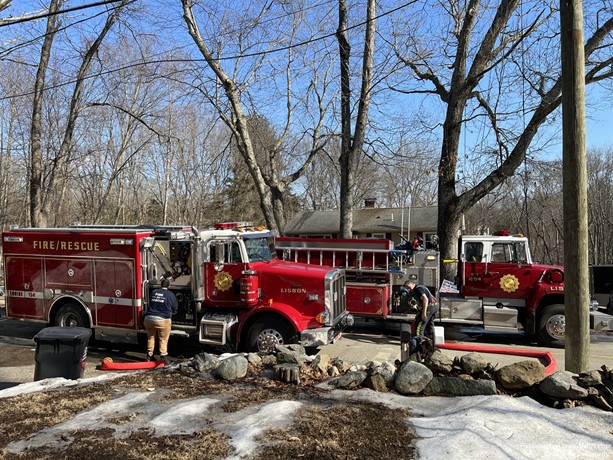 LISBON, CT - At 11:30 A.M. on Saturday, February 12th, the Lisbon Fire Department was dispatched to 26 Phillips Road for smoke in the building.

At 11:32 A.M., QV upgraded to the first-alarm which added Jewett City ET-156, Ladder 156, Baltic Tanker 124, Griswold ET-355, Voluntown ET-353, Taftville Engine 22 and the Yantic FAST. QV updated responding officers that they were on the phone with a male who was attempting to get his dog out, and that they received a second call from a passerby reporting brown smoke showing from the roof.

Car 254 arrived at 11:37 A.M. with heavy smoke from the 'Alpha/Bravo' corner and requested an engine from Canterbury and Occum, as well as three additional tankers which were Plainfield, Preston and Bozrah. ET-254 stretched a one-and-three-quarter inch hose line in the front door where they found the kitchen well involved.

While extinguishing the fire, another crew performed the primary search where they located a canine and removed him to the front yard. Crews attempted resuscitation efforts, but unfortunately were not successful.

Engine 22 laddered the building and assisted with overhaul. Command placed the fire under control at 11:55 A.M., and dismissed all apparatus not on scene.

Ambulance 654 transported one patient to Backus Hospital for smoke inhalation. The Lisbon Fire Marshal is investigating with assistance from the Connecticut State Police Fire and Explosion Investigative Unit.