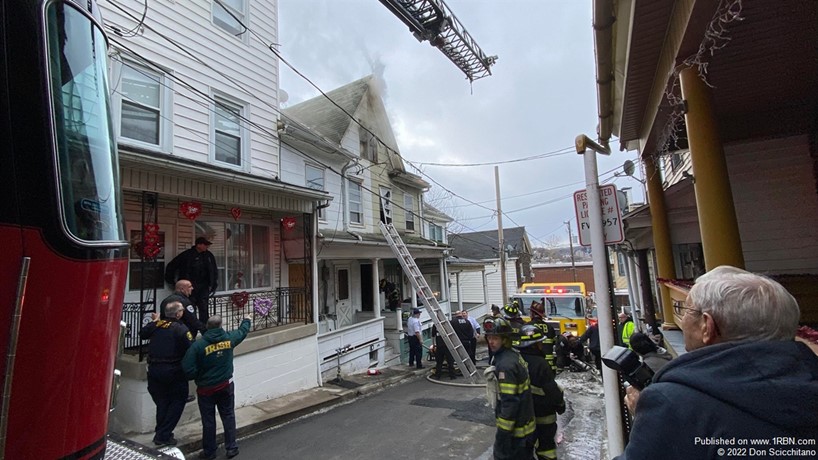 Photo by Don ScicchitanoFirefighters begin to arrive on scene. 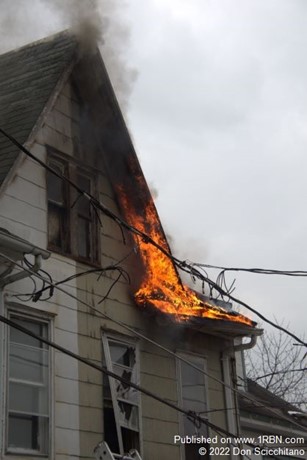 Photo by Don ScicchitanoFire shows itself on the Alpha / delta corner 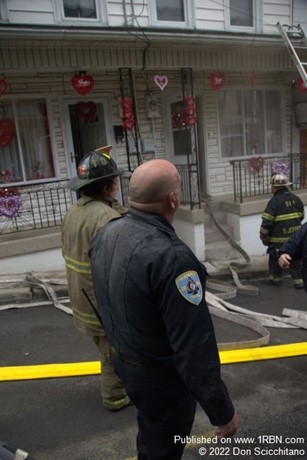 Photo by Don ScicchitanoShamokin Police Chief Ray Siko looks on after trying to search for the trapped victim. 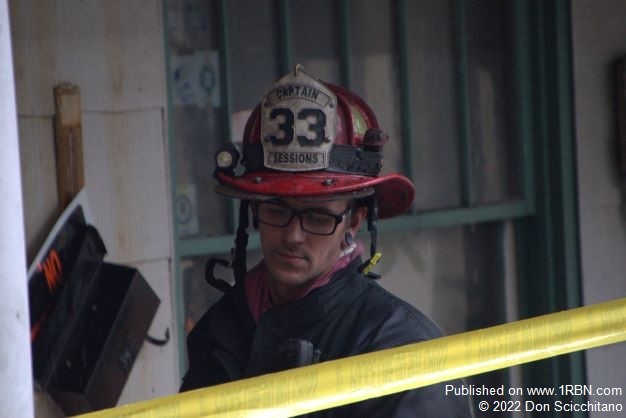 As command arrived he was told a police officer was inside the building and not answering the radio. The police officer came out after trying to locate the victim and was evaluated by EMS. Command quickly struck a second-alarm due to the fire being in a row of 12, with heavy fire on the third floor.

Units quickly made entry and found one victim. At 12:48 P.M., EMS was requested to the front of the building, and despite attempts of firefighters and EMS, the victim sadly passed away shortly after.

A third-alarm was sounded to bring additional manpower to the scene. Firefighters not only had to deal with narrow streets to access the blaze, but also one of the homes involved was under construction with reported holes in the floors reported by police during their quick search.

The cause of the fire was determined to be from a space heater that caught the bed on fire from being too close.