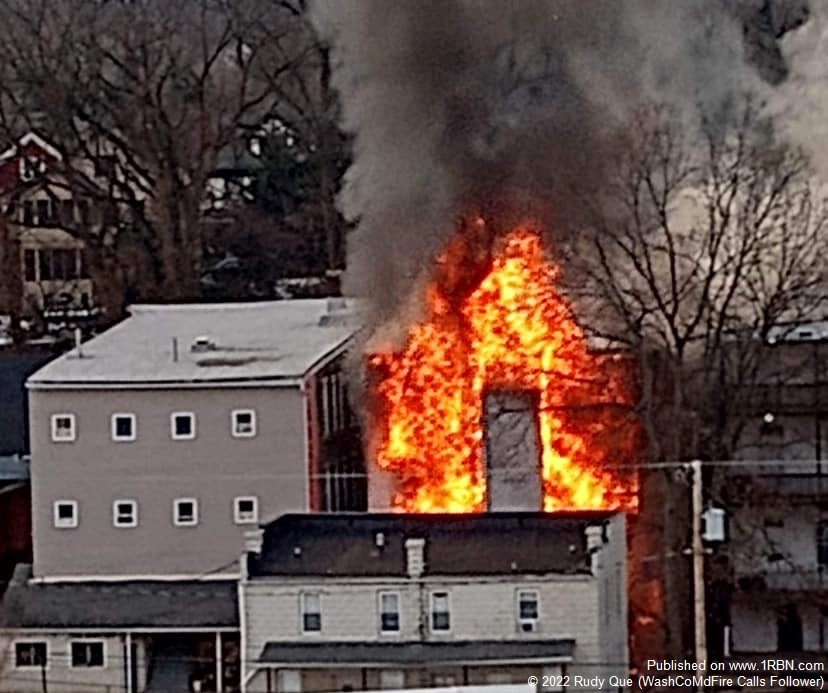 Photo by Rudy Que (WashCoMdFire Calls Follower)Firefighter from HFD arrive to find heavy fire conditions on side Charlie of the structure. 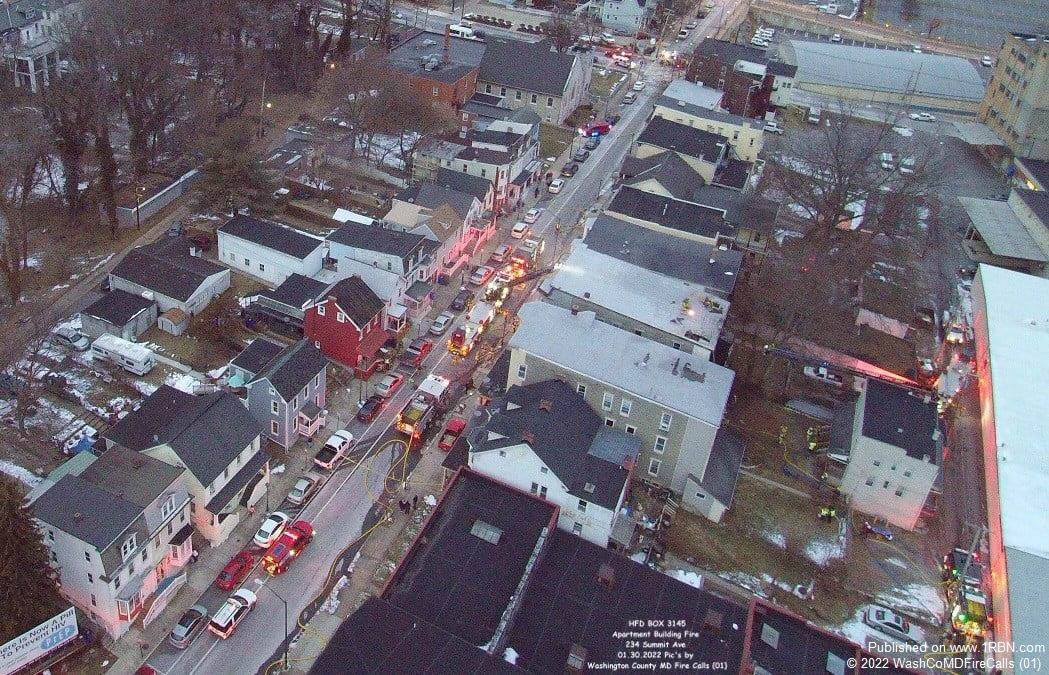 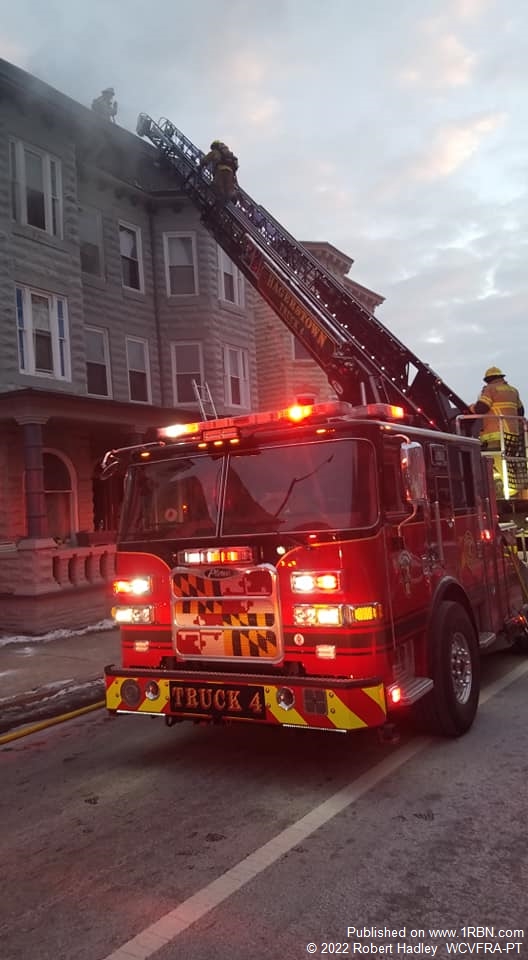 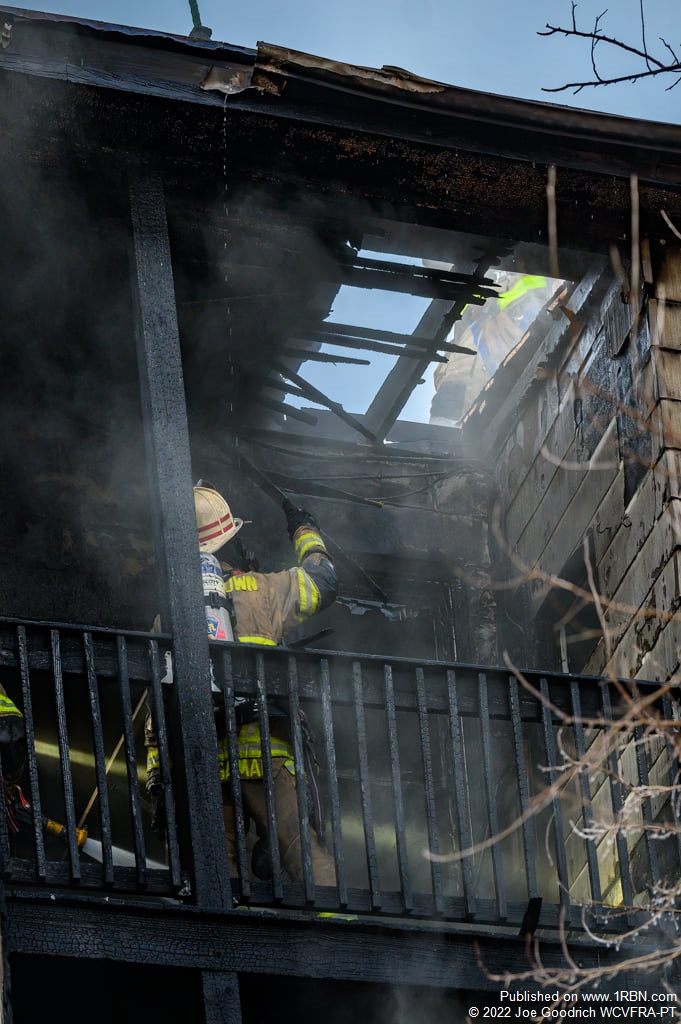 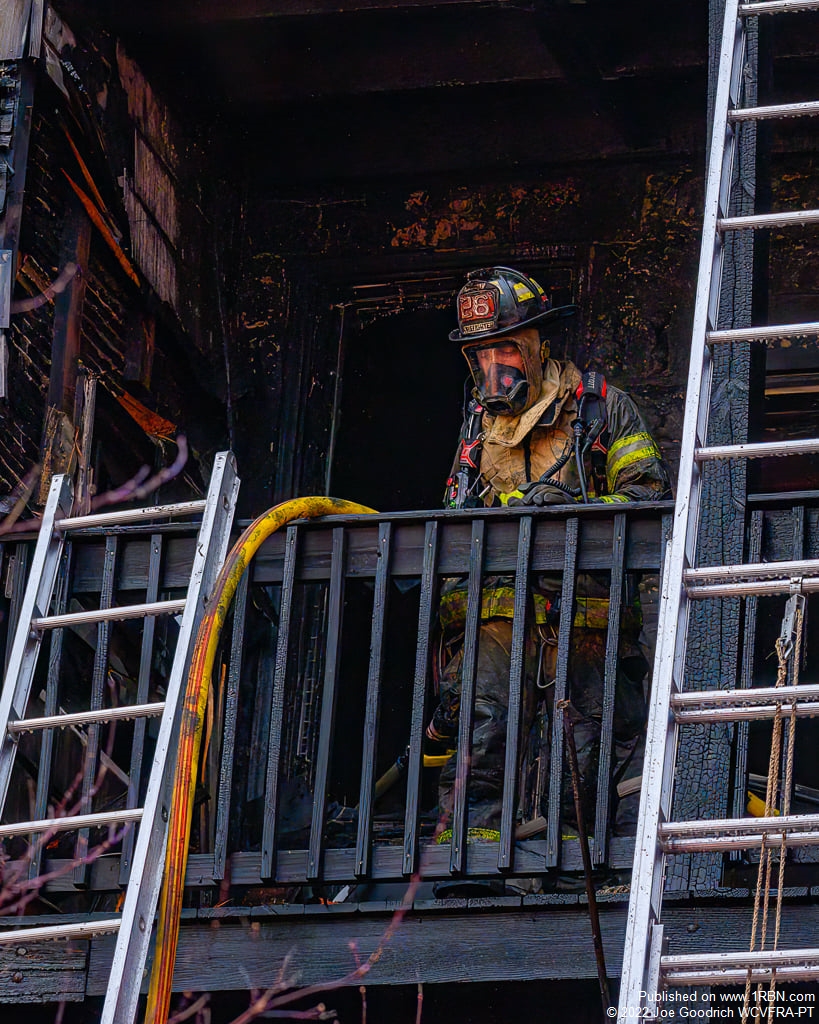 On the afternoon of January 30th, Washington County 911 received reports of smoke coming from a building in the 200 block of Summit Avenue in Hagerstown. Units due on Box 3-1-4-5 were dispatched out for smoke coming from the building at 234 Summit Avenue. As units were responding, Washington County continued to receive calls reporting the fire to be to the rear of the building. Hagerstown’s Engine 1 was the first to arrive reporting heavy smoke conditions on side Charlie of the structure with a working fire.

Hagerstown Battalion Chief Russ Grimm arrived establishing Summit Street Command requesting the Safety Assignment started. Firefighters were faced with heavy fire conditions engulfing the rear of the building from the basement up to the third floor. Firefighters were hampered by electrical hazards and poor access to the rear for use of ladder pipe and deck gun operations.

Firefighters worked to deploy multiple attack lines on side Charlie in the rear to battle the blaze. Firefighters were able to conduct a knock down of the bulk of the fire on side Charlie of the structure but were remained committed battling the blaze for another hour. Additional units from the Division of Emergency Services in the way of Mobile Command Center (MCC) 1 and Mobile Ambulance Bus (MAB)18 were immediately requested to the scene to assist with Rehab Operations due to the severe weather conditions crews were facing on the scene. Command evaluated the amount of work crews were faced with and called for a Second Alarm bringing in several departments that Washington County Communications had already started transferring into the City Fire Stations to cover the area.

Fire firefighters were faced with numerous void spaces where the fire was able to spread making extinguishment difficult. Command was able to report the fire under control at 17:48 hours. Once under control firefighters, began conducting overhaul operations while Hagerstown City Fire Marshals were on the scene beginning their investigation. Command called for fresh personnel to the scene from the second set of transfer units that were pulled into the City.
All personnel worked for nearly two more hours conducting overhaul operations and dowsing hot spots while assisting the City Fire Marshals on the scene. With a bulk of the operations complete, Command was able to start releasing units from the call shortly after 19:30 hours that evening. Command reported fire department operations complete at 20:15 hours at which time Command began releasing remaining units on the assignment.