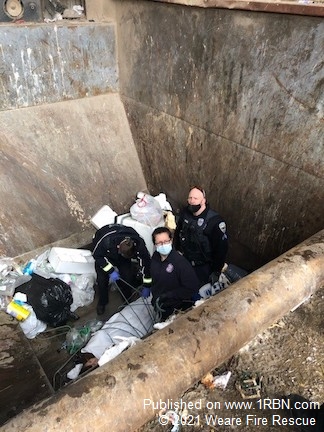 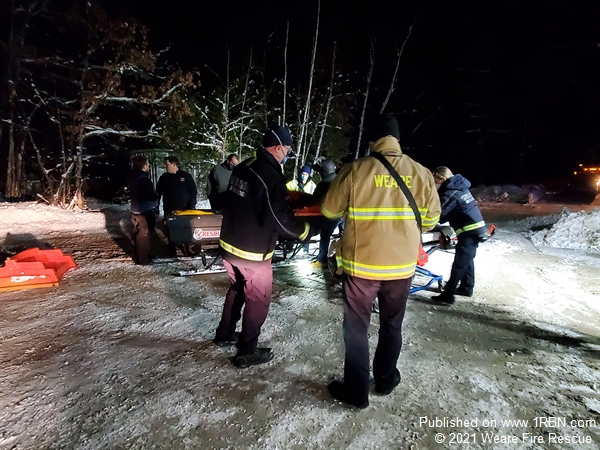 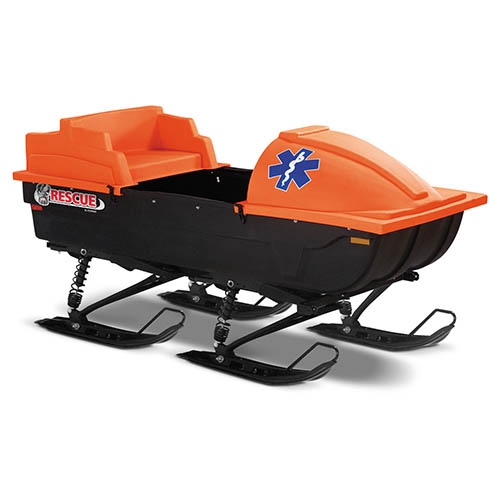 Weare, NH - On Saturday, February 6th, a woman suffered injuries after falling into a trash compactor at the Weare Transfer Station on Merrill Road.

The 55-year old woman fell about 12-feet from a ledge over the trash compactor, suffering injuries to her upper body and head. To reach the woman, Weare Fire Rescue personnel climbed into the hopper to assess her injuries. She was removed utilizing rope rescue equipment and then transported to Concord Hospital with non-life-threatening injuries.

This was the second unusual rescue for personnel that week. On Wednesday, February 3rd, personnel responded to an injured man on one of the Town’s many snowmobile trails. The man was helping the local snowmobile club remove a motor vehicle that had been stuck on the trail for several days. While attempting to retrieve the vehicle, the trail-grooming machine struck the 70-year-old man, causing an open fracture to his leg.