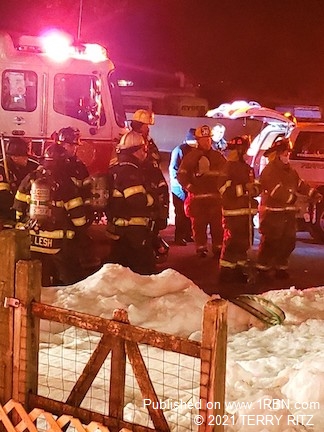 Pennsburg, PA - On February 5th at 8:24 P.M., Pennsburg Fire Company, along with several other fire companies from the immediate area, were dispatched to a dwelling fire at 365 Seminary St. in Pennsburg borough. Upon arrival, the Pennsburg Fire Chief had a heavy smoke condition mainly in the basement of the dwelling. After investigating the basement area the firemen found a sump pump that was overheated. Within a half hour the incident was brought under control. Exhaust fans were used to clear the house from the smoke. Assisting the Pennsburg Fire Co. were fire companies from East Greenville, Red Hill, Milford Twp., and Trumbauersville. Upper Perk EMS was also at the scene.