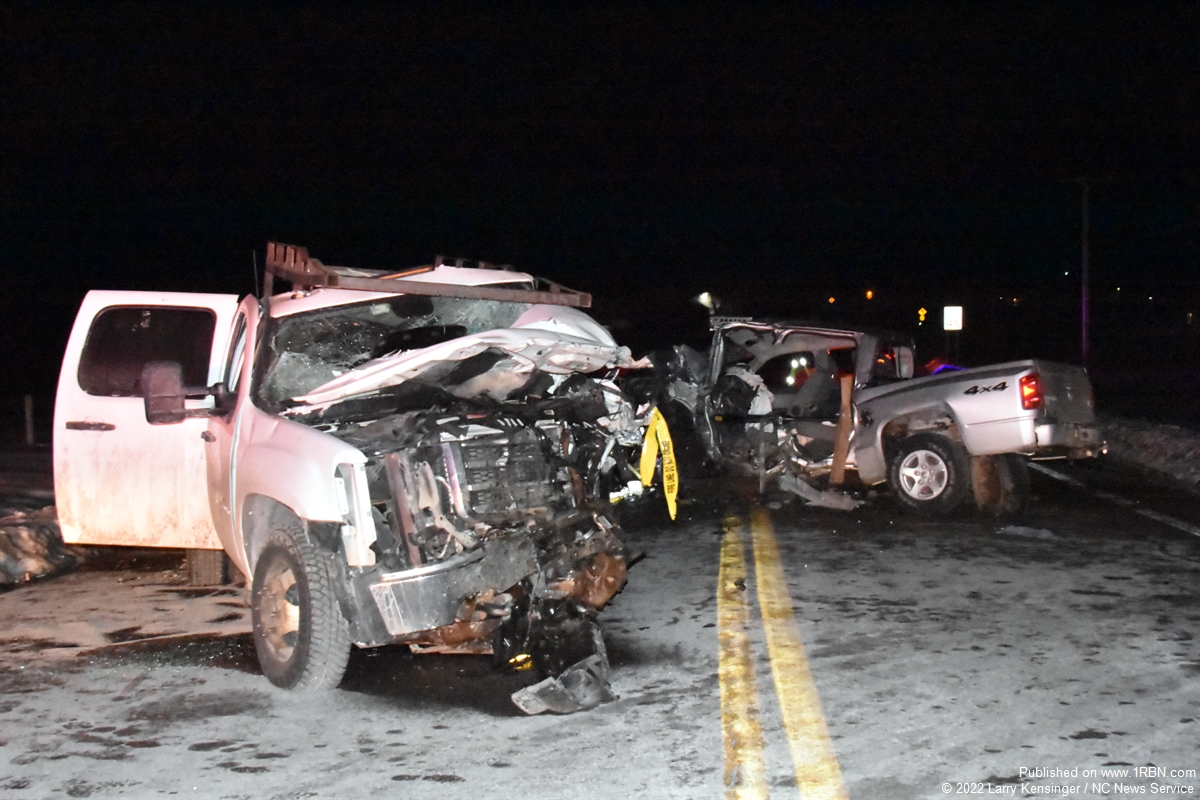 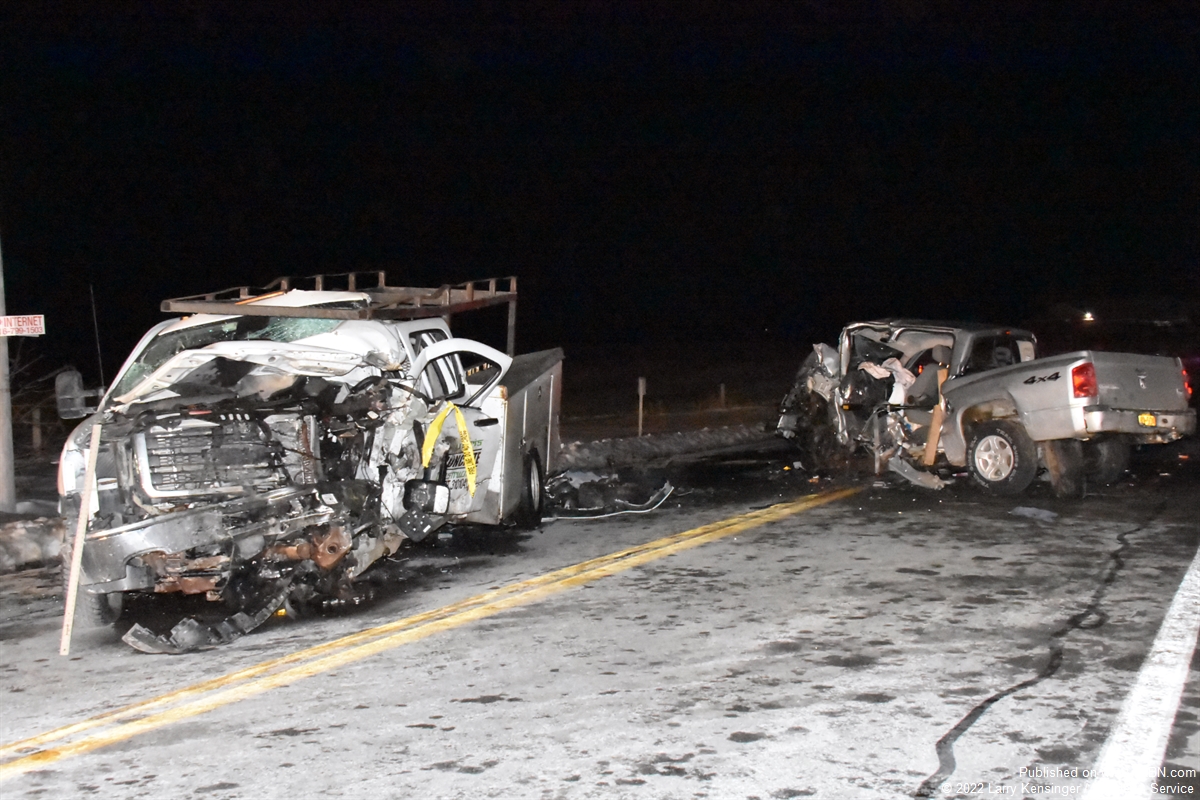 Following contact, both vehicles came to rest in the roadway near the point of impact without further incident. The driver of the 2007 Dodge was transported by Mercy Flight to ECMC due to life-threatening injuries.

The driver of the 2013 GMC pickup suffered a broken leg in the collision and was transported by ambulance to ECMC for treatment. His two passengers both suffered non-life-threatening injuries and were transported to Eastern Niagara Hospital by ambulance for treatment. The names of the parties involved are being withheld at this time pending notification to family.

Investigation by the Niagara County Sheriff's Office Accident Investigation Unit into the incident is continuing.