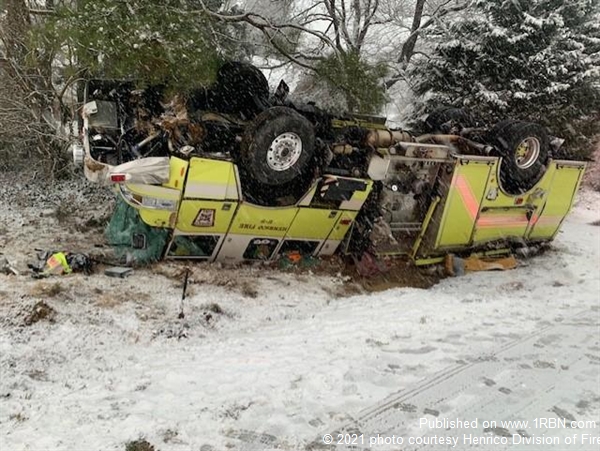 Photo by photo courtesy Henrico Division of FireFour Henrico firefighters were injured when their apparatus crashed on snowy roads in Jan. 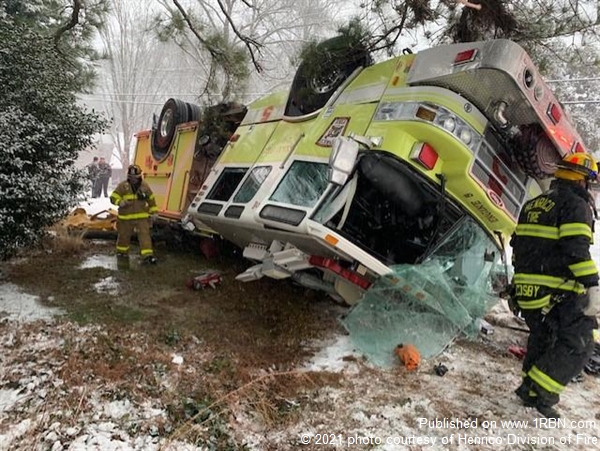 Photo by photo courtesy of Henrico Division of Fire1 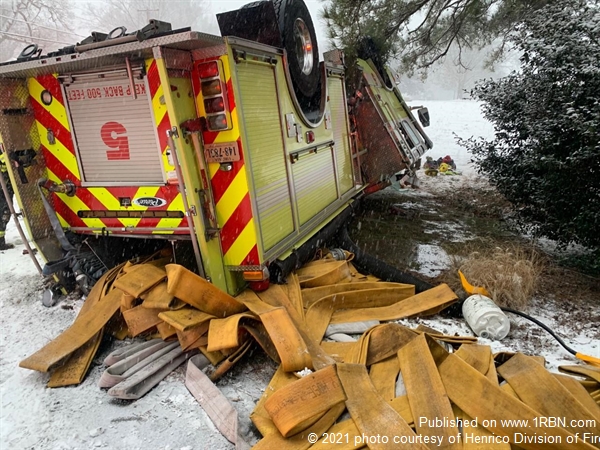 Photo by photo courtesy of Henrico Division of Fire

HENRICO,VA-Four firefighters from Henrico Division of Fire were transported to a hospital after the apparatus they were responding to a call in crashed on snowy and ice covered roads,on Jan. 31.

“Henrico Fire Engine 305, from the Lakeside Fire House, was traveling north on Woodman Road responding to a call for an unconscious person when it spun on the road, traveled off the paved roadway, and overturned.” Said Henry Rosenbaum,Assistant Chief-Fire Marshal. “ Conditions of the roads were snow covered and very slippery. No other vehicles were involved in the accident.”

All four firefighters were able to exit the apparatus by themselves and were transported to local hospitals with non-life threating injuries,Rosenbaum said.

Henrico Police are investigating the accident. Woodman Road at Spider Drive is closed for an extended time for the investigation and removal of the apparatus.

The initial medical emergency was handled by other units responding at the same time.