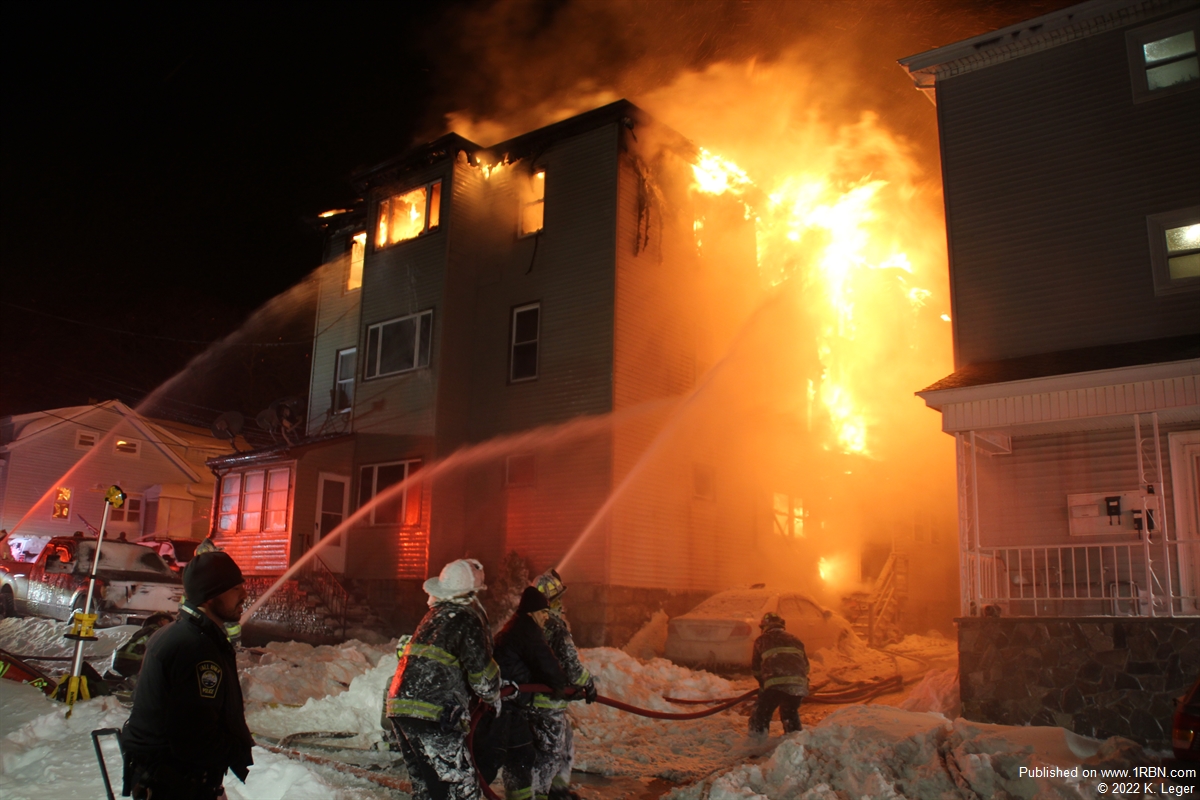 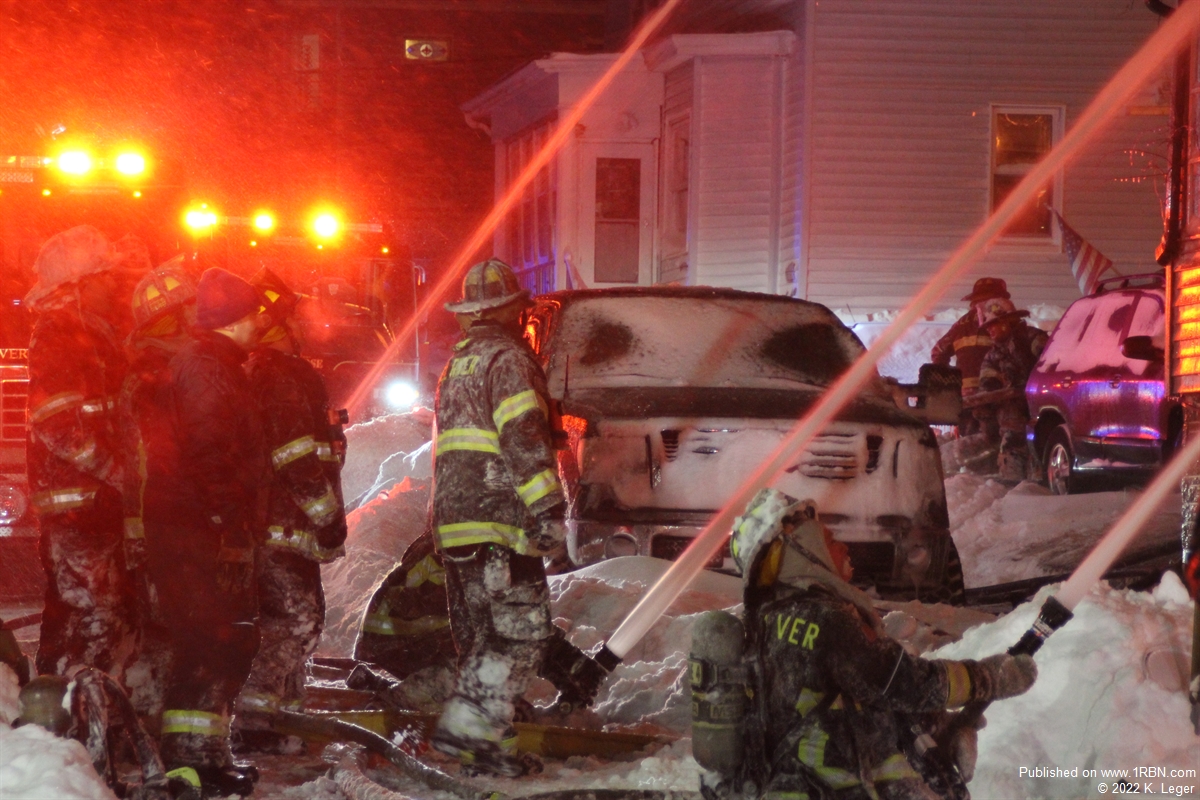 FALL RIVER, MA - On January 29th around 4:30 P.M., during a major blizzard, Fall River firefighters responded to 140 Irvine Street for a reported still alarm. Engines 2, 9 and 12, along with Ladders 2 and 4, Heavy Rescue 1 and Car 2 responded.

After Car 2 became disabled in heavy snow, the Chief walked a block-and-a-half to reach the scene and on arrival he reported heavy fire on the third floor and attic of a three-and-a-half story wood-frame. The Chief also reported that all occupants had evacuated the building.

First due Engine 9 and Ladder 4 both became stuck in heavy snow while trying to reach the scene. With the help of neighbors and the firefighters using shovels and their bare hands, they were able to get the trucks one house away from the fire building. Not the best apparatus placement, but they made it work.

Firefighters brought attack lines up to the third floor and began their fire attack. Shortly after, Command reported that fire had broken through the roof and heavy fire was now showing on division one and two on the 'C' and 'D' sides. Command ordered an immediate evacuation of all firefighters from the fire building as the first and second floors became fully involved.

Two firefighters were injured and transported to a local hospital. Seven adults and four children were displaced, but there were no injuries to the residents. Three out of four sides of the fire building completely collapsed while the front of the building leaned out over the street.