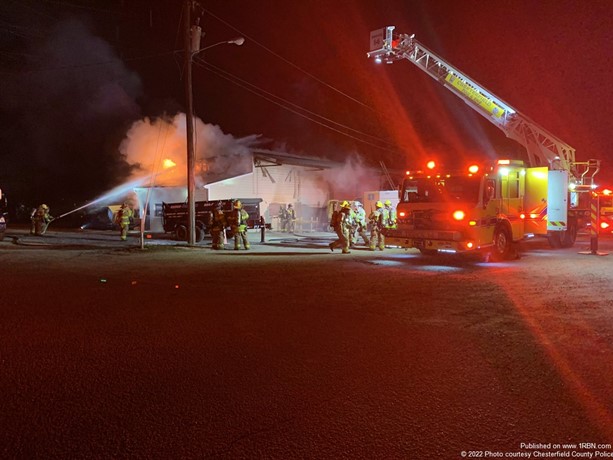 Photo by Photo courtesy Chesterfield County PoliceChesterfield Fire and EMS responded to a structure fire in frigid temperatures on Jan. 29.

Temperature was 21 degrees and with wind chill felt 10 degrees.

Captain Joe Harvey, Fire Marshal, reported a one story garage with fire through the roof.

Crews performed a search then master streams were initiated.

Added to the working incident were: Truck 203,air utility,Engines 203 and 221, MSU, Shift Commander.

More information will be reported as it is released.