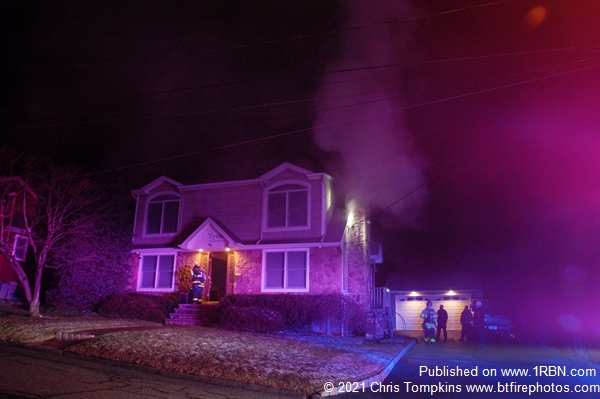 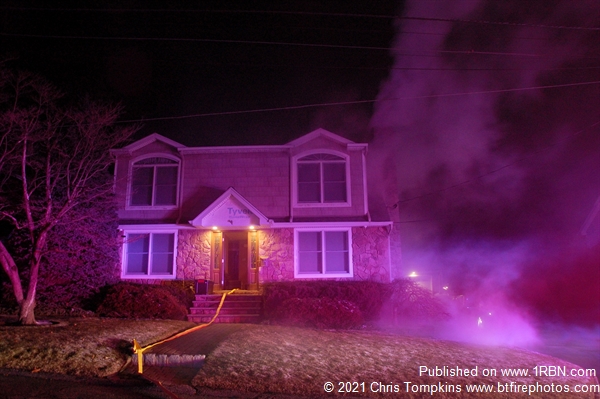 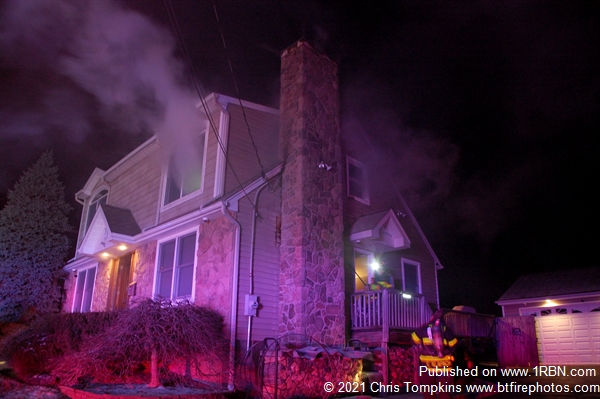 Cresskill, NJ - Cresskill firefighters made quick work in containing a fire that started in a chimney and spread within the walls of the second floor on January 27th.

Firefighters were called to 59 Chestnut St. around 11:30 P.M. for a report of a house fire. Cresskill PD arrived on scene reporting smoke showing from the structure, which was confirmed by Chief Ulshoefer.

Interior crews located fire running the walls and quickly extinguished the flames without any further extension. The fire was brought under control within 30 minutes and no injuries were reported. Mutual aid from Dumont, Tenafly, and Demarest assisted on scene.