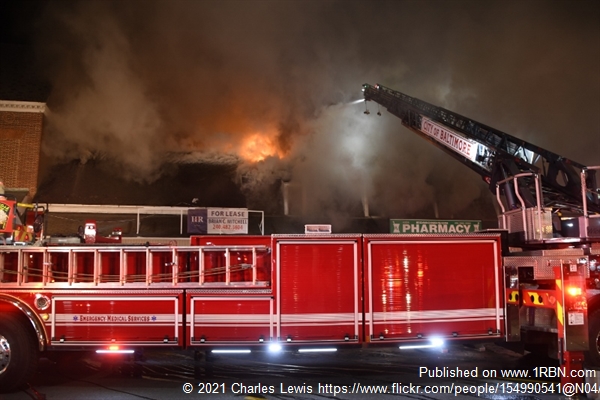 Photo by Charles Lewis https://www.flickr.com/people/154990541@N04/Fire through the roof of this shopping complex. Firefighters had difficulty fighting the blaze due to the security doors and the design of the building 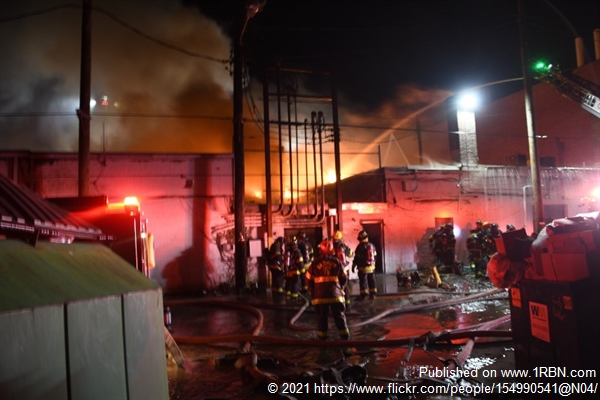 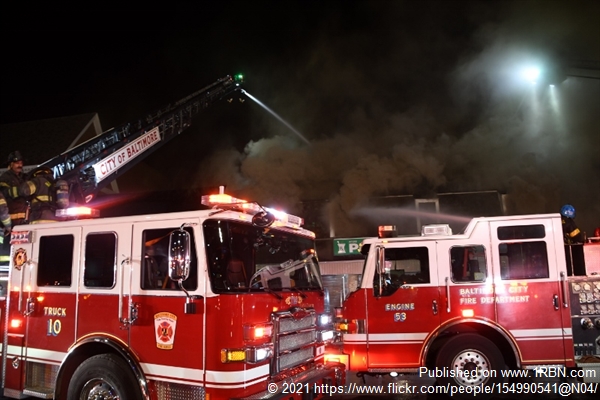 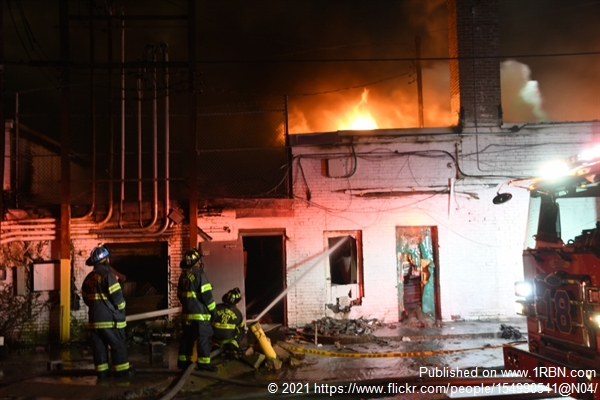 Just before 10 P.M. on January 23, 2021, Baltimore City Fire Communications received multiple calls reporting a building fire at the Edmonson Village Shopping Center in the 4500 block of Edmonson Ave. Units arrived to find smoke coming from the area of a pharmacy and a dollar store and requested a working fire. Shortly thereafter, a second alarm was sounded, as well as a special call for an engine & truck from Baltimore County & Tower 81.
Crews had difficulty gaining access due to the metal roll up doors. Access was eventually made but an evacuation order was sounded shortly thereafter due to deteriorating conditions. As the fire broke through the roof in the rear of the structure, ladder pipes along with the water tower, were placed into operation as well as monitor pipes on the ground level.
4 additional engines were requested by the incident commander. A Baltimore County Battalion Chief who came on the scene with the first engine & truck put a request in through Baltimore County Fire Dispatch for 3 additional engines & a tower from the county to assist the units on scene. Heavy fire conditions persisted for several hours as firefighters worked to contain the blaze. 5 stores were damaged by the blaze.
At approximately 2:30 A.M. while crews were still working to extinguish the fire, an alleged intoxicated driver entered the shopping complex, driving over several charged fire hoses as well as other equipment before becoming disabled between Squad 40 & Truck 10. The driver was taken into custody by the Baltimore City Police Department. No firefighters were injured.
The fire was placed under control in the early morning hours and a fire watch was established by rotating crews as the original crews were released. The cause remains under investigation. This is the second multi alarm fire to occur in this shopping complex in 14 months