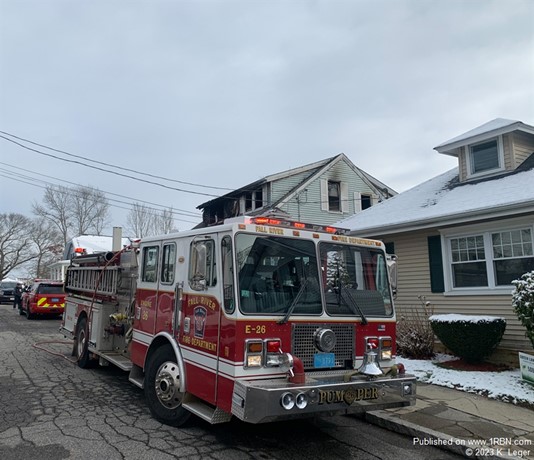 Photo by K. LegerHeavy damage is seen at the second floor level.

Engine 12 reported heavy fire on approach and then relayed that they were on scene with heavy fire venting from the second floor and roof of a two-story home. Car 2 arrived on scene, declared a working fire and requested an additional pump to the scene.

Two occupants were injured when they were forced to jump from the second floor in order to escape the flames. Both occupants were then transported by medical rescue to the local hospital. Firefighters made a quick knockdown, but not before the home sustained heavy damage.