House Fire in Haverhill Sends One Person to Hospital 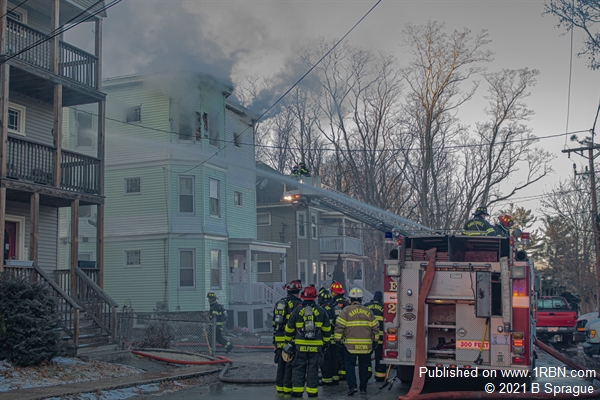 Photo by B SpragueFirefighters await orders as outside master streams work 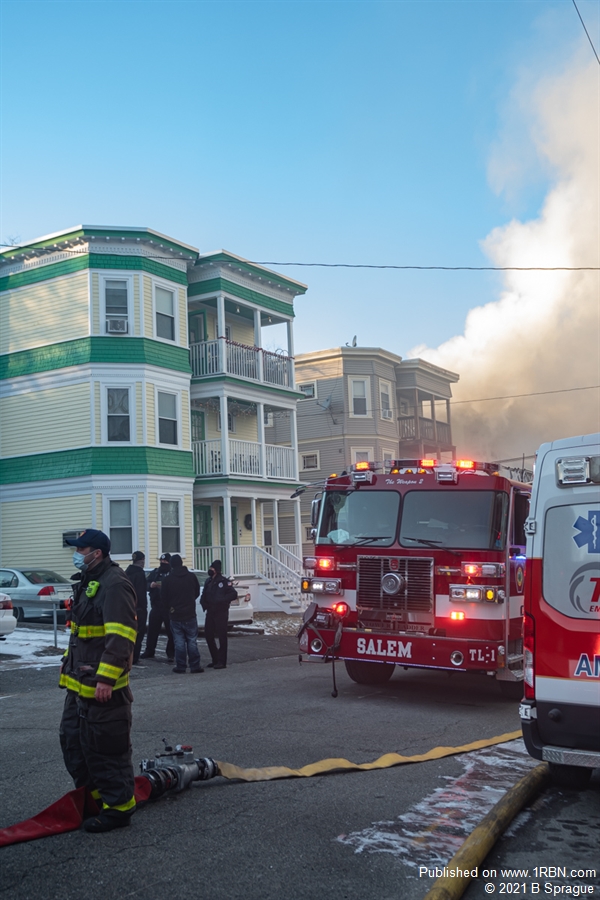 Haverhill, MA - One person and three firefighters were injured in a two-alarm house fire on the very cold and windy Saturday afternoon of January 23rd. Haverhill Fire Department got a call reporting that the rear of a house was on fire. The first due company on scene reported heavy smoke and fire in the rear of a three-story, wood-frame home, and due to a high wind and cold weather, requested a second-alarm right away, bringing in mutual aid to the scene and to cover empty stations. One female was transported to an area hospital for smoke inhalation. The three firefighter injuries were due to ice and were treated at the scene. During the incident, firefighters had water supply issues. The cause of the fire is unknown at this time. American Red Cross assisted with the people displaced by the fire.