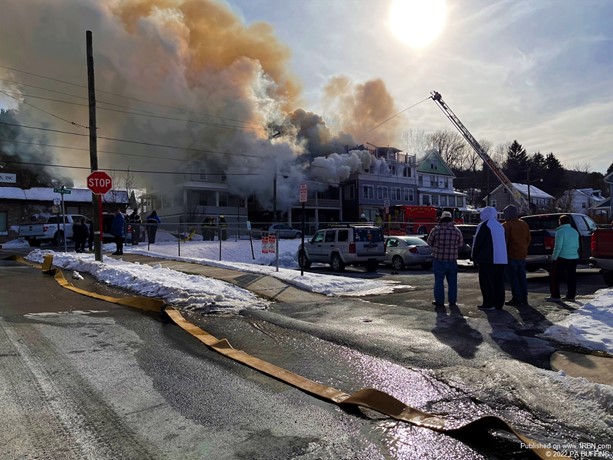 Photo by PA BUFFINGApartment and neighboring home on fire in Newport Twp., PA. 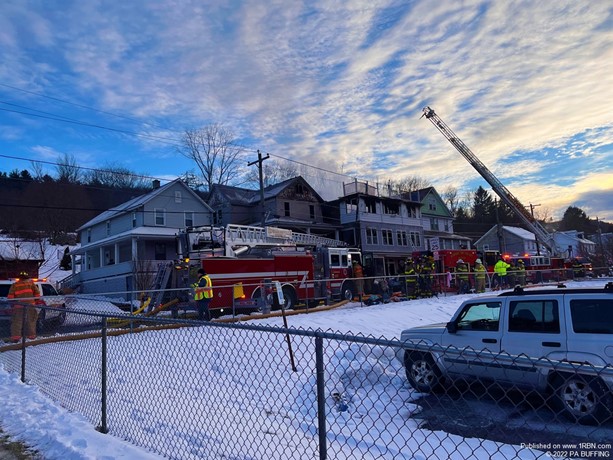 When units arrived, a third-alarm was immediately called for a confirmed apartment building and neighboring house on fire, with fire through the roof of the apartment building. The Luzerne County tanker task force was dispatched to assist with a fill site due to hydrant issues and very cold temperatures.

Crews had to evacuate the apartment building as the roof was caving in and a bedroom floor collapsed. It took crews several hours to put the fires out and perform overhaul on the structures. The cause of the fire is under investigation. It was confirmed that all occupants and their pets made it out safely. The American Red Cross was helping those who were displaced.