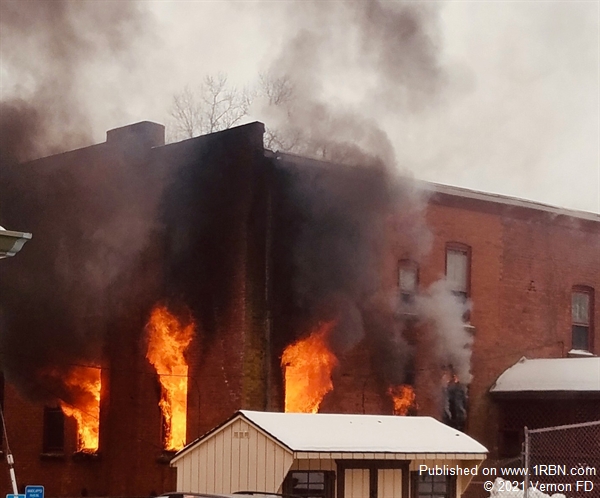 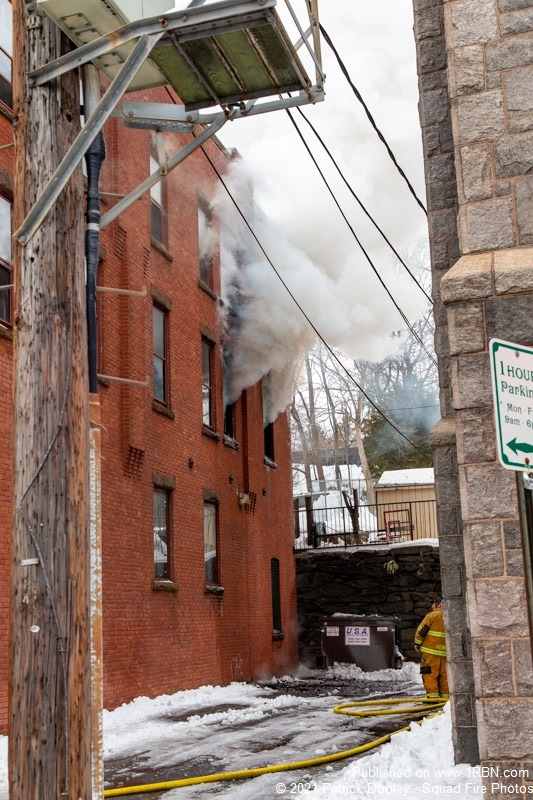 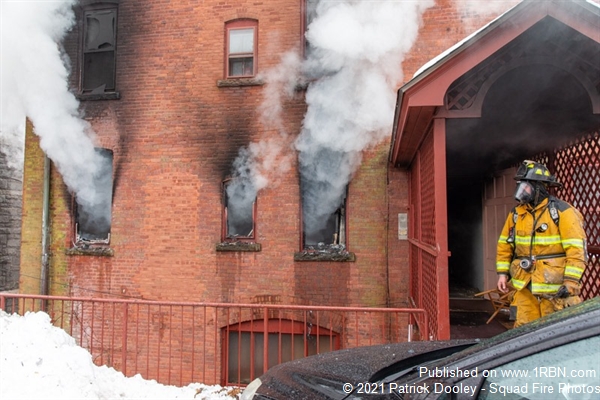 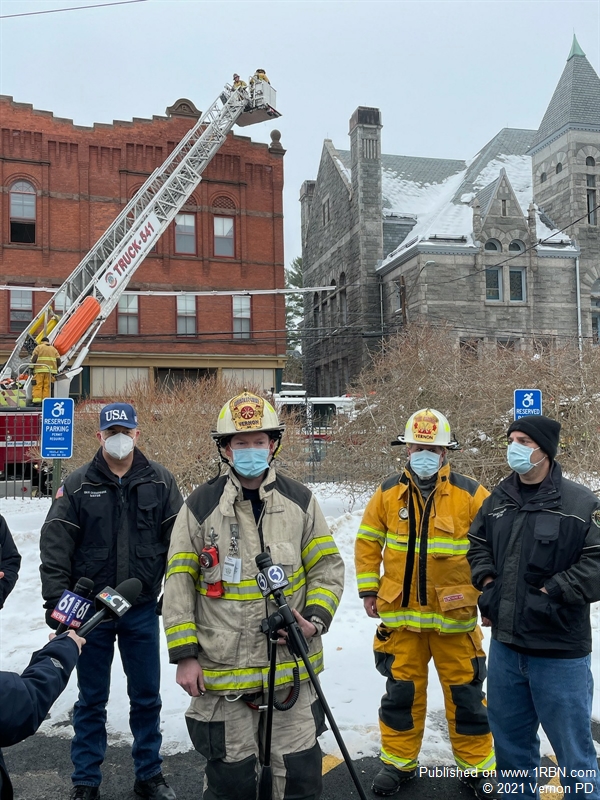 Photo by Vernon PDAssistant Chief Robert Babcock, the incident commander, delivers a press conference outside the scene of the Fitch Block Fire in Vernon. Several trapped residents were rescued and brought across the street to Rockville General Hospital to receive care. Tower 541, first unit on scene, in background. 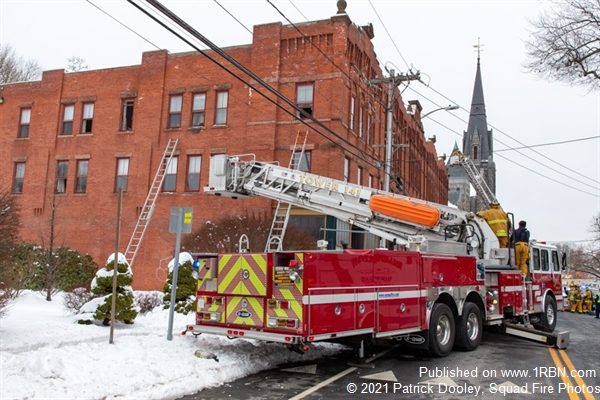 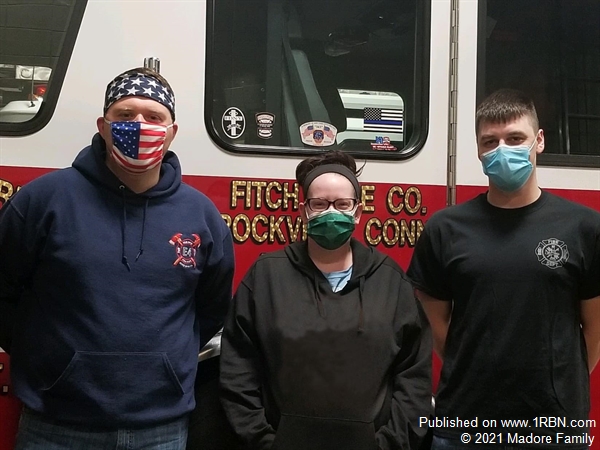 Vernon, CT - On December 20, 2020, around 10:40 A.M., the Vernon Fire Department and Vernon PD were dispatched for a fire alarm activation at the Fitch Block, a 24 unit apartment building on Union St., across from Rockville General Hospital.

As units were responding, multiple 911 calls rang in to the dispatch centers with reports of active fire in the building and residents trapped. Tower 541, with a crew of five, arrived on the scene to find fire and smoke extending from the second floor up to the third, with exposure problems.

Several residents were trapped and hanging out of their windows, needing rescue. Immediate life-saving measures were taken to rescue three trapped residents via ground ladders. Several injured residents were able to be brought across the street to receive care at Rockville General Hospital.

Car 141 (Assistant Chief Babcock), the incident commander, brought several more ambulances, paramedics, and numerous mutual aid companies that surround Vernon into the scene to help fight the large fire in the 1800's historic building. An aggressive attack of the fire commenced and the fire was brought under control in a little more than one hour. Crews worked for several more hours checking for fire extension.

Several of the injured residents were subsequently transferred to Bridgeport Hospital Burn Center for further care. One of the trapped residents, Ashley Madore, who made a full recovery, visited the station recently to personally thank her rescuers for saving her life.

The cause of the fire is under investigation by the Vernon Fire Marshal's Office and the Vernon PD.