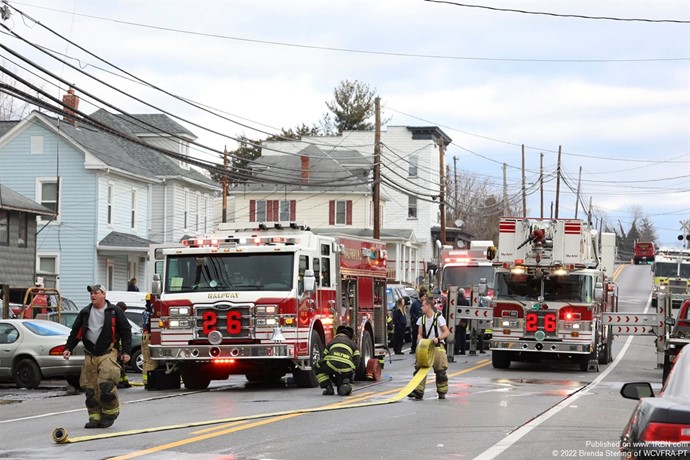 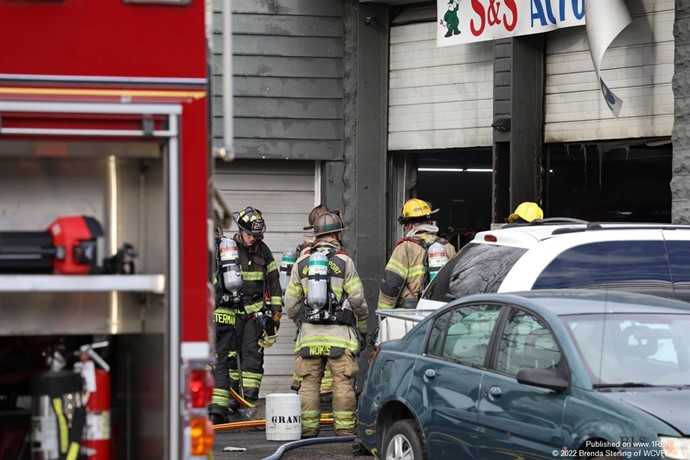 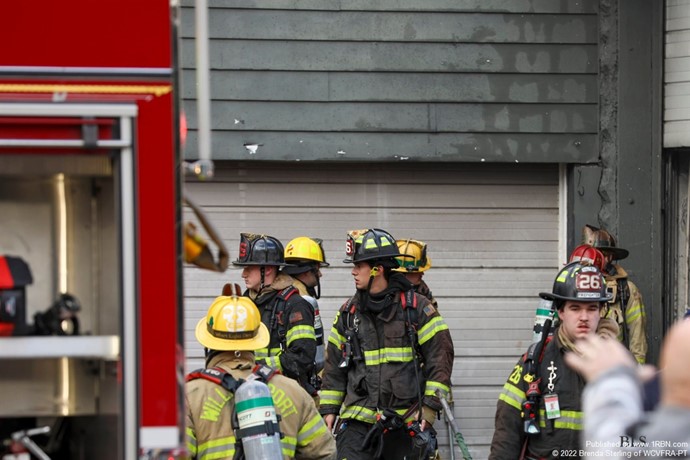 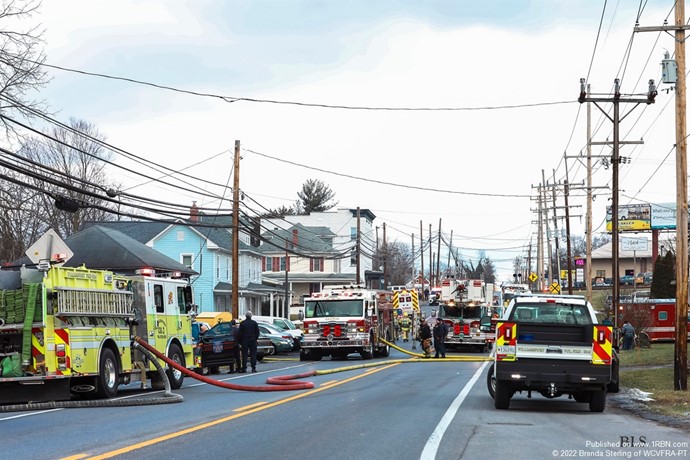 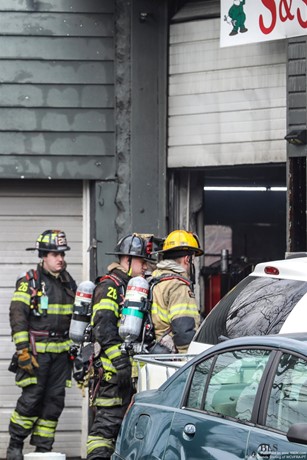 On Friday January 14th, Washington County had reports of a fire in the garage at S&S Auto Repair at 17126 Virginia Ave. Halfway crews were alerted on Box 26-2 at 14:15 hours along with additional units from Williamsport, Hagerstown, and Funkstown. Deputy Chief 26 “Jamie Drawbaugh” was approaching the area as units were dispatched observing smoke coming from the garage. Chief Drawbaugh arrived with a 1 ½ story garage with heavy black smoke coming from both bays of the garage and burning debris outside of the garage. Chief Drawbaugh reported he had a working fire and requested the Safety Assignment and Fire Marshal started on the call.

Halfway Engine 261 arrived and deployed an attack line to side Alpha to the front garage bay doors for fire attack. Upon Williamsport’s arrival, Deputy Chief 2 “Michael Nokes” was assigned fire attack supervisor as crews made entry and began their fire attack. Crews were able to make a quick knock on the blaze bringing the fire under control within minutes of their arrival. Firefighters were able to check around the garage and office areas above the bays in the loft area for extension finding none.

Firefighter’s quick actions kept damages to a minimum that Friday. Between the stack of tires found on side Charlie of the structure and the amount of chemicals stored in the building, the scenario could have been a lot worse. Maryland State Fire Marshals did respond in to investigate the cause of the fire while Maryland Department of Environment was contacted about the chemical run-off from the incident. No injuries were reported and Fire Department operations were able to be wrapped up by 15:00 hrs at which time Chief Drawbaugh terminated Command and units began clearing the scene.