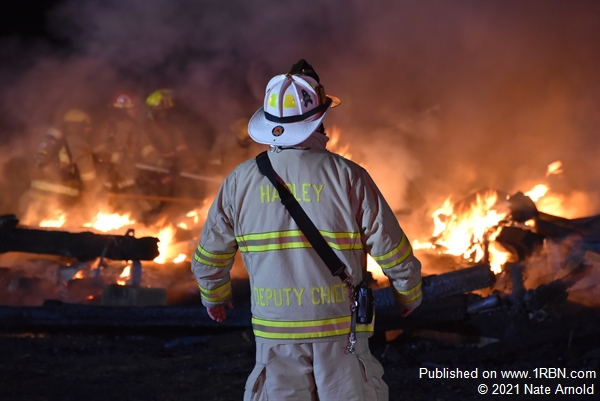 Photo by Nate ArnoldHadley Deputy Chief Evan Briant oversees operations from the 'A' side of the fire ground. 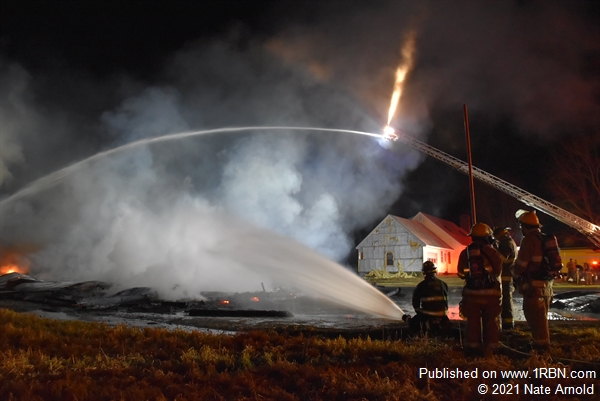 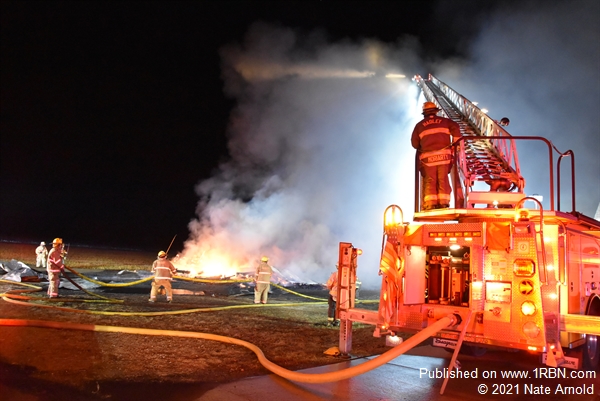 Hadley, MA - Hampshire County crews were summoned to a farm at 92 Shattuck Road in the northern portion of Hadley on Monday night, January 18th, for a report of a fully involved barn.

Arriving on scene less than 10 minutes after the 9:18 P.M. call, Hadley crews were presented with a fully involved single-story former tobacco barn that was in close proximity to another tobacco barn and a two-story farmhouse. While the original fire building was already collapsing as the first lines were stretched, the radiant heat from the fire was threatening the farmhouse and exposure protection was the most immediate concern of Hadley Chief Officers.

While this was a nighttime fire and more than a dozen Hadley volunteers turned out for the alarm, mutual aid was still requested to bring in additional manpower, as the fire building was over 50-feet long and would require extensive manpower to tear apart and extinguish the remaining fire. Engines from Sunderland and Amherst were sent to the scene and the City of Northampton slid into the breach with an engine company to cover any other calls in Hadley.

Crews spent several hours on scene, using multiple hand lines, portable deluge monitors and HFD Engine 1’s 75-foot aerial to douse the fire from all four sides. While the original barn was destroyed, the only damage suffered by exposure buildings was melted siding on the farmhouse.

The cause of the fire is under investigation by the HFD and the State Fire Marshal’s Office.