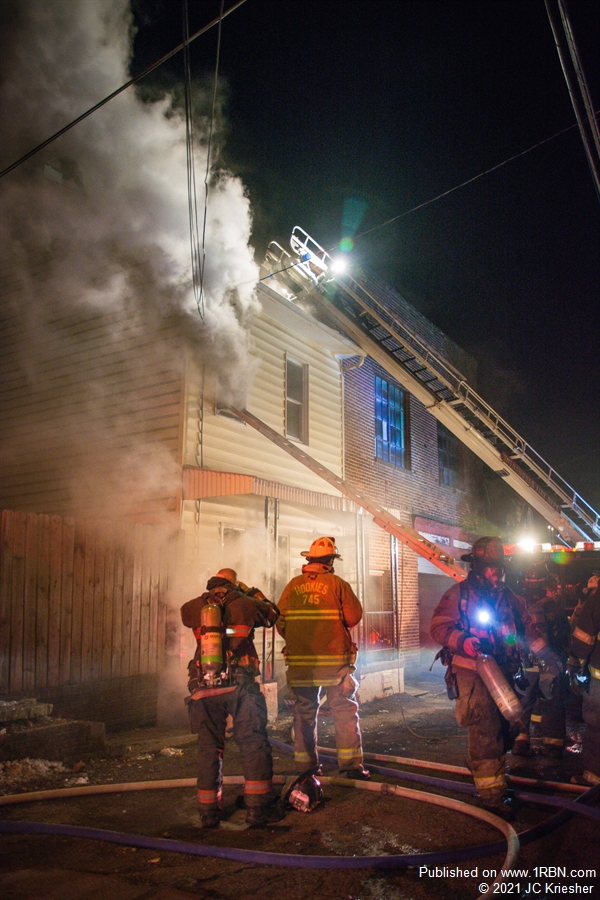 Photo by JC KriesherSmoke and steam escape from a house in the 300 block of West Penn St. in Shenandoah. Firefighters had the blaze under control in less than 30 minutes. 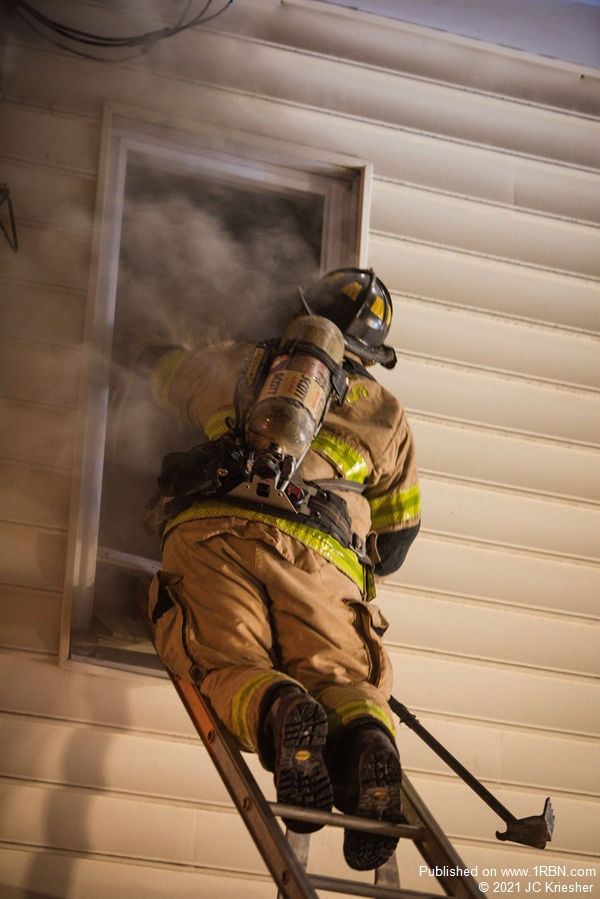 Photo by JC KriesherA firefighter clears out a second floor window before advancing a hoseline through it.

Engine 64-12 and Chief 64-3 were immediately on the way and were advised of a call reporting windows smashing and smoke in the area. Chief 64-3 confirmed the report and assumed command.

Engine 64-12 arrived and secured a water supply while Squrt 64-20 came in from the West side. Two lines were stretched to begin the fight to extinguish a basement fire.

Smoke was pouring from the residence and blanketed a good portion of the borough as the other companies responded to the scene. Tanker 64-30 was directed to the rear and all other apparatus was advised to stage on Coal Street.

Interior crews were reporting that the stairwells were compromised, leading command to change their tactics. A ground ladder was thrown to a second floor window and a firefighter took up an additional hand line.

The fire was placed under control at 9:21 P.M. Assistant Fire Chief Rick Examitas said the cause of the fire was still under investigation with the assistance of a State Police Fire Marshal.

Five people were displaced by the fire. Examitas said none were home at the time of the fire. The American Red Cross was requested to assist the displaced.