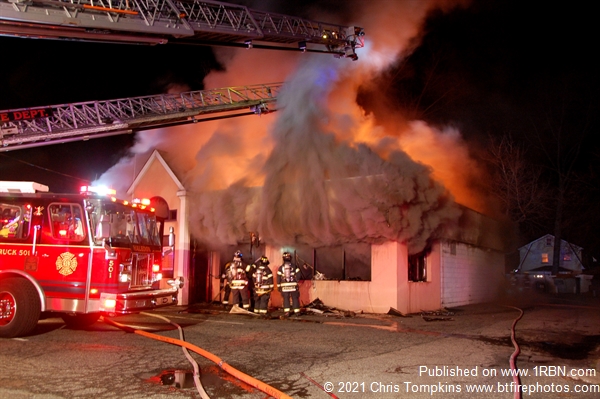 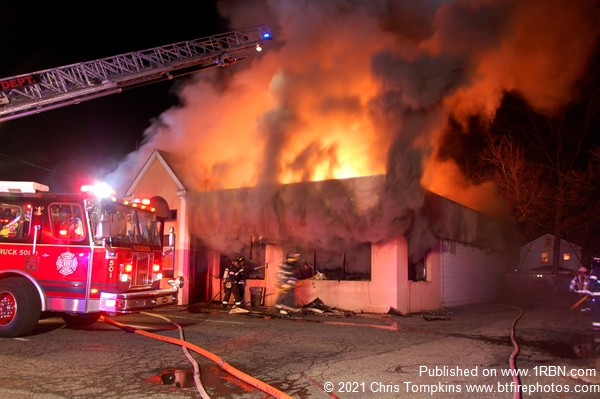 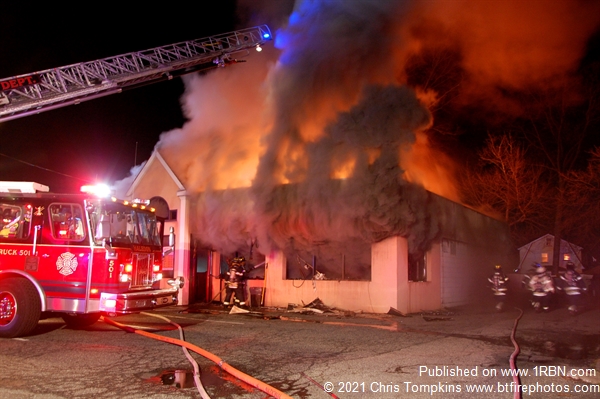 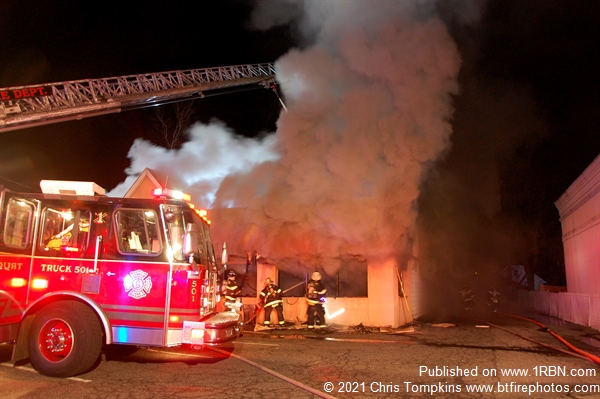 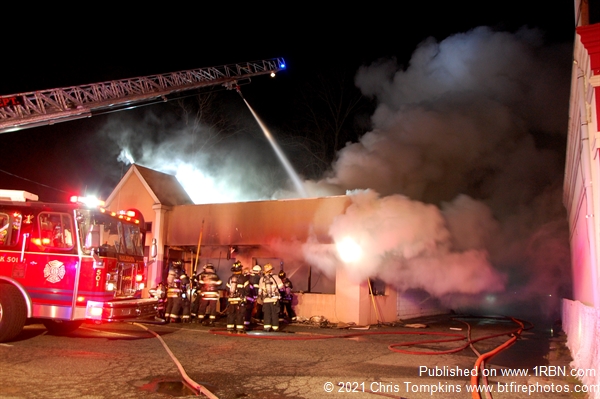 Engines 2 and 3 arrived on scene and stretched two lines to the interior. Heavy smoke and fire were located in the rear of the building as crews made an aggressive interior attack. Companies reported that they had water on the fire, but after locating heavy fire in the roof area a second-alarm was transmitted, bringing in mutual aid from Paterson, Wayne, and Prospect Park, as well as a FAST team from Wyckoff.

Hawthorne was requested to the scene as an additional FAST team as Wyckoff was put to work. Haledon's ladder pipe was put into operation, as well as numerous exterior hand lines to extinguish the fire. It took over two hours to bring the fire under control as crews continued to check for hot spots.

The cause of the fire is under investigation and no injuries were reported.