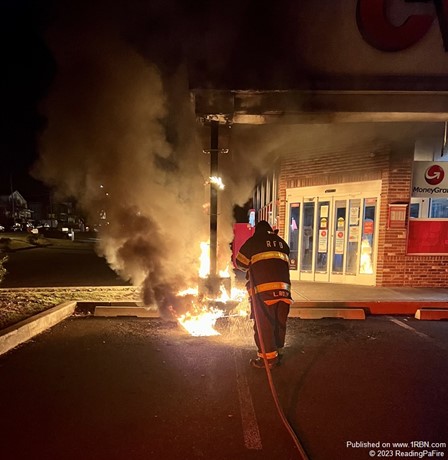 Photo by ReadingPaFireFire involved the front column and soffit area of the building. 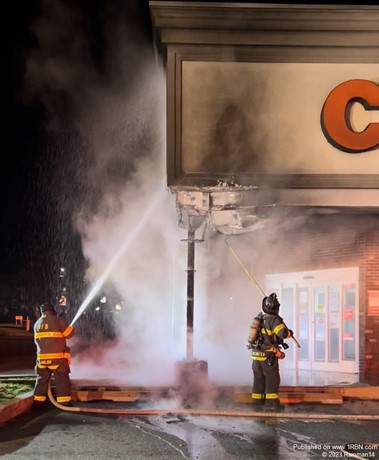 Photo by Rainman14Firefighters quickly knocked down the fire, preventing it from spreading further into the building. 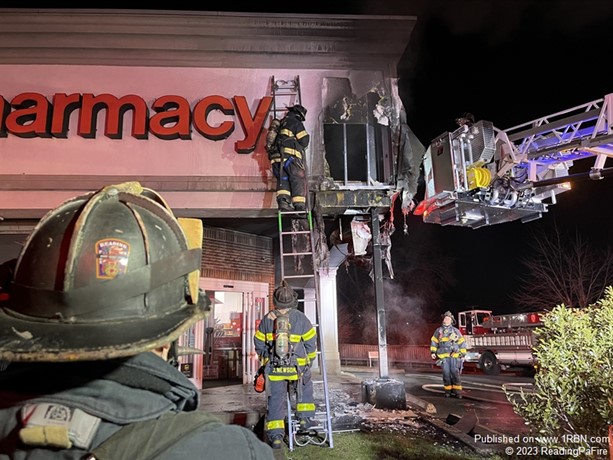 At 0117 Hours Box 401 was transmitted for reports of bushes on fire against the CVS at 1303 Lancaster Ave. Engine 5 arrived and confirmed that bushes were on fire next to the building. As the booster line off of engine 5 was placed in service to knock down the brush fire it became clear to crews that there was extension to the building. A working fire was declared as firefighters stretched a 1 3/4” line to the front of the building. Tower 1 set up their main to the front of the building aswell. Crews found that the fire extended to a decorative column and soffit area. Reading Police and the Fire Marshal’s office was requested to the scene due to reports of the fire being intentionally set. Firefighters performed overhaul on the affected part of the building. The fire was placed under control at 0137. Crews forced entry into the building and found a light smoke condition that was vented naturally. With the fire completely extinguished companies cleared the scene within an hour from the initial dispatch. The scene was turned over to the Fire Marshal’s Office for investigation.