One Victim Transported After Microwave Fire in Whitman 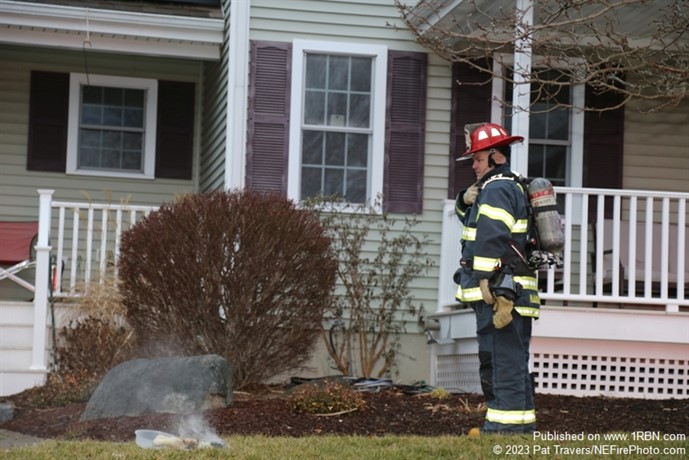 Photo by Pat Travers/NEFirePhoto.comWhitman Captain Jason Mahoney gives a report after the smoking contents of the microwave were removed. 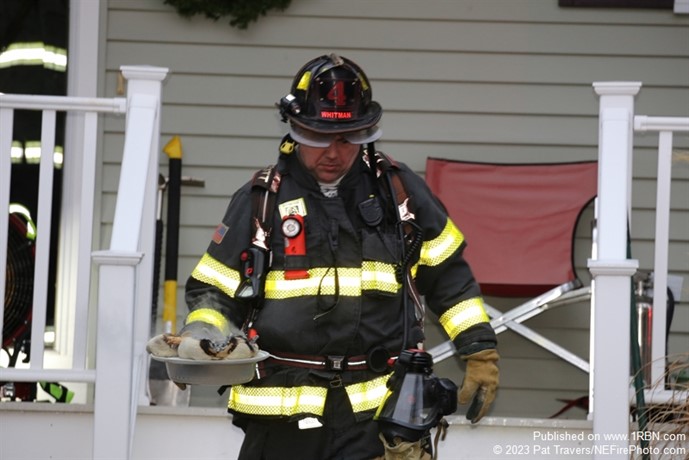 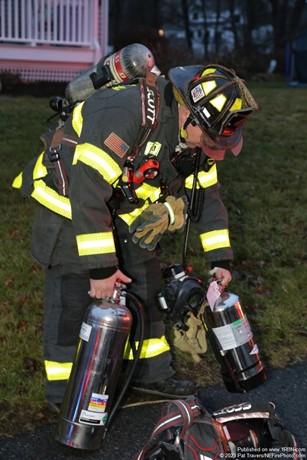 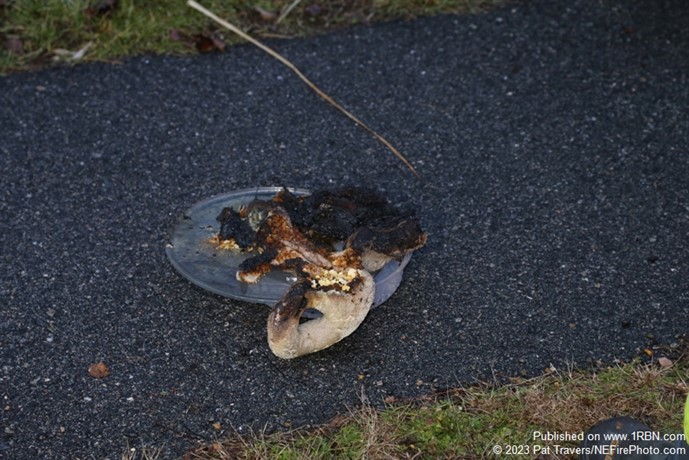 Photo by Pat Travers/NEFirePhoto.comWhat was left of the heating pad. 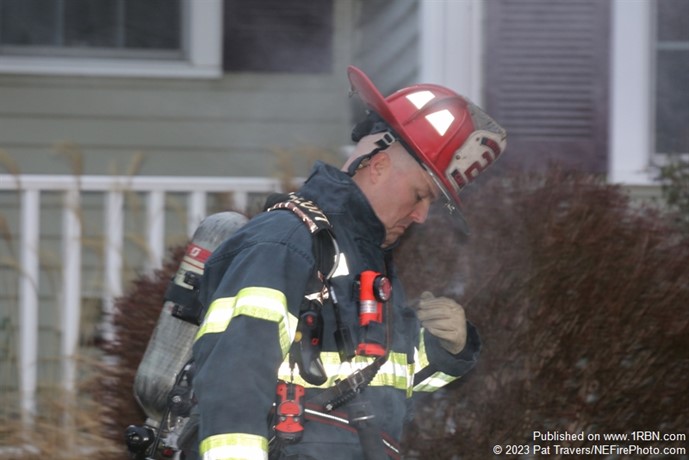 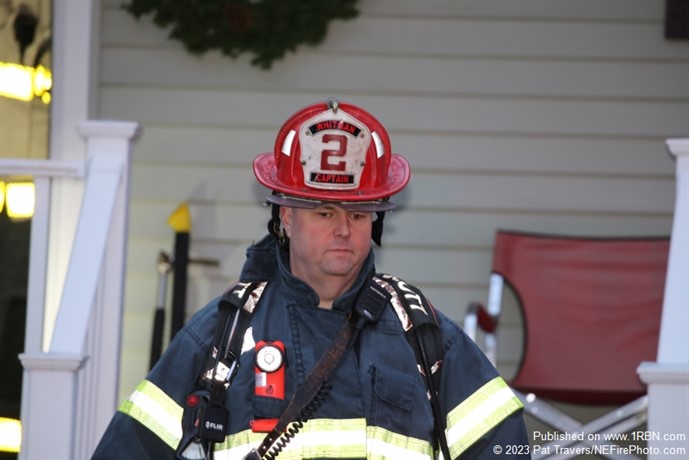 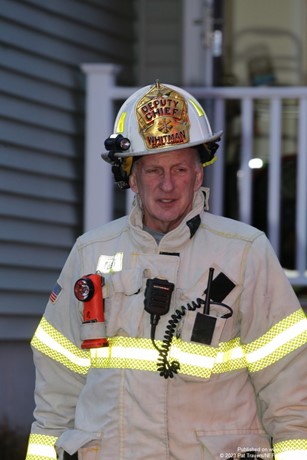 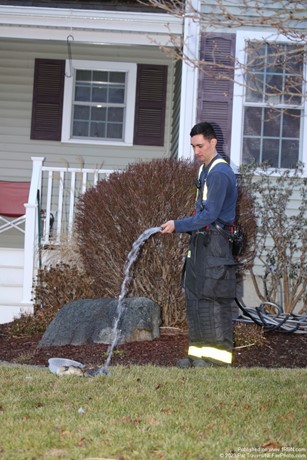 WHITMAN, MASSACHUSETTS (PLYMOUTH COUNTY) - Around 1550 hours on the afternoon of Thursday, January 12, 2023 the Whitman Fire Department struck a box for a reported fire in the building at 5 Orchard Way. Whitman Car-3, Engine-243 and Ladder-246 responded with an automatic engine from Abington. Companies arrived to find nothing showing from a 2.5-story wood frame dwelling. Prior to the fire department's arrival, Whitman Police Officer Kevin Shanteler found a microwave on fire on the first floor and used a fire extinguisher to knock down the fire.

There was a moderate smoke condition found in the home when the fire department made entry, and a PPV was utilized to evacuate the smoke. The Abington engine was cancelled prior to their arrival on-scene. An occupant of the house who was in the area of the microwave that was on fire requested transport after inhaling some smoke. Whitman Ambulance-249, staffed with off-duty personnel, responded and transported the victim to the Brockton Hospital.

The cause of the fire appears to have been a heating pad which was placed in the microwave longer than intended. The fire was contained to the microwave. No other injuries were reported.