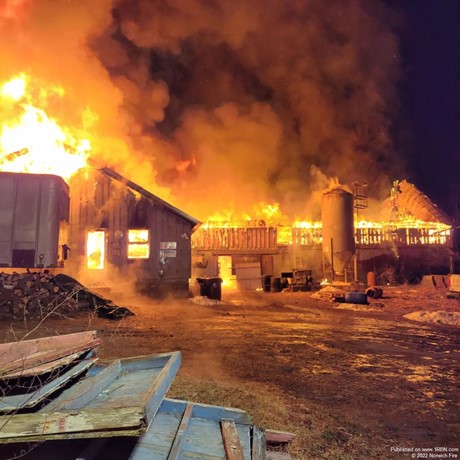 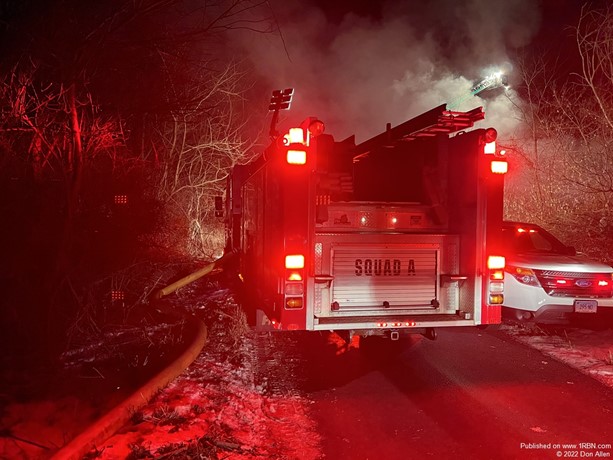 Photo by Don AllenSquad A used all of it's 1,033 feet of supply line to be able to reach the scene and feed Truck 1. 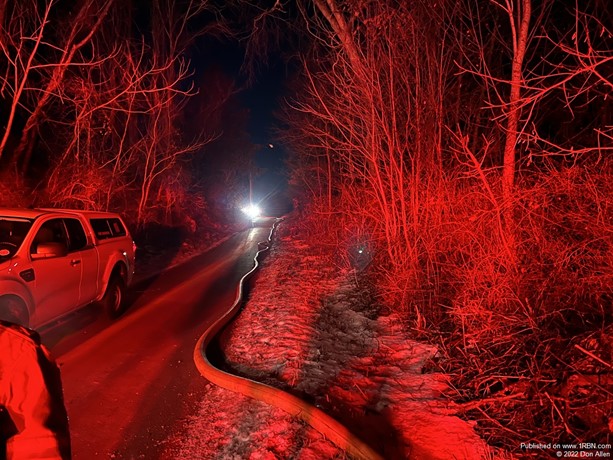 Photo by Don AllenThe supply line was kept to the side to allow additional companies into the scene. 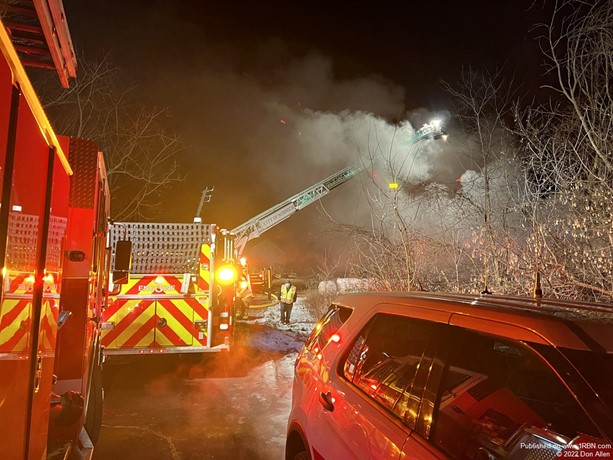 Photo by Don AllenTruck 1 was set up in the front and darkened down the majority of the fire. 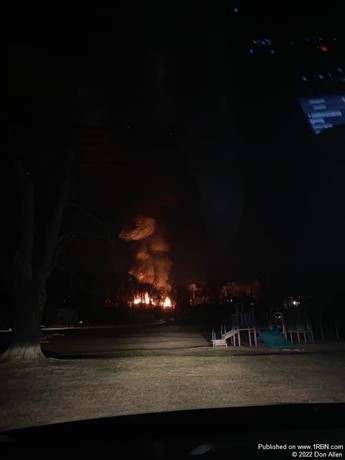 Photo by Don AllenThe large barn allowed the fire to be visible for miles. 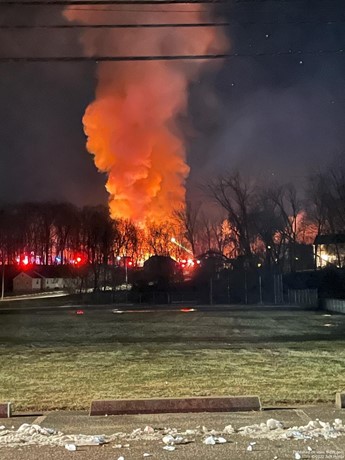 Photo by Jeff HyndsThe smoke changing to steam as crews knocked the fire. 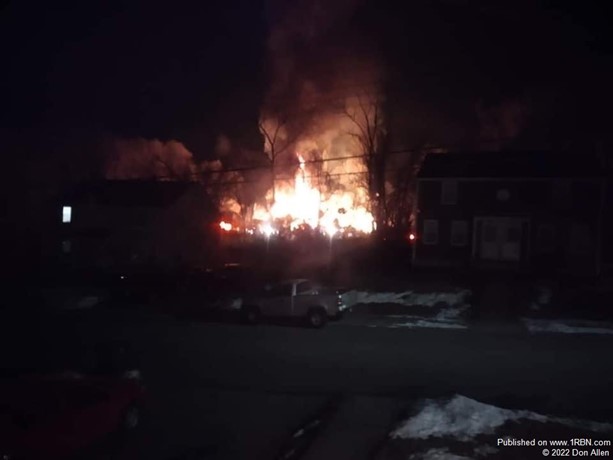 NORWICH, CT - At 10:20 P.M. on Tuesday, January 11th, the Norwich FD was dispatched to 195 Corning Road for a barn fire. Dispatch said numerous calls were being taken, so Battalion 1 asked for tankers to be added to the assignment since there is a poor water supply in this neighborhood.

Car 10 arrived at 10:24 P.M. with a fully involved large barn as well as some vehicles burning, and transmitted the second-alarm. Engine 2 led off with their deck gun and stretched a two-and-a-half inch hose line to the 'Delta' side. Squad A stopped at the hydrant at the intersection of Quarto Road and Davis Place and forward laid 1033’ of supply line. The Squad pumped water to Truck 1 who was set up for defensive operations. Engine 3 stretched a line to the 'Bravo' side and put out a couple of vehicles that were burning. The Squad’s crew then advanced a two-and-a-half inch hose line to the rear.

Crews from East Great Plain, Taftville, Occum, Laurel Hill, Preston and Poquetanuck assisted with a tanker shuttle consisting of a fill site and dump site that fed Engine 2. The Mohegan Tribal FD provided the FAST. There were no injuries, and the Norwich Fire Marshal’s Office is investigating.

Crews remained on scene for a couple of hours wetting down the rubble. The roads and scene quickly became icy due to the temperature being 5-degrees outside, so sand trucks were also requested.