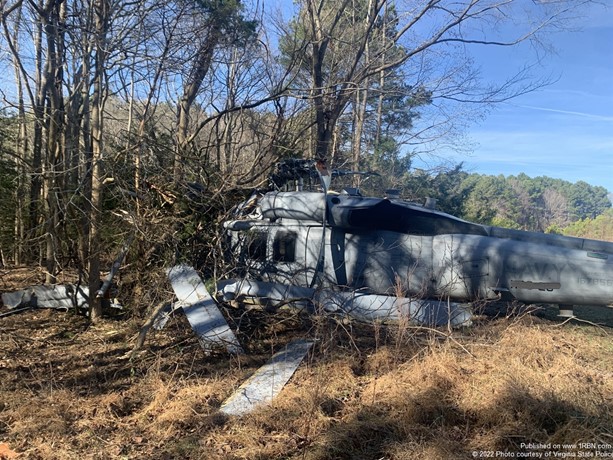 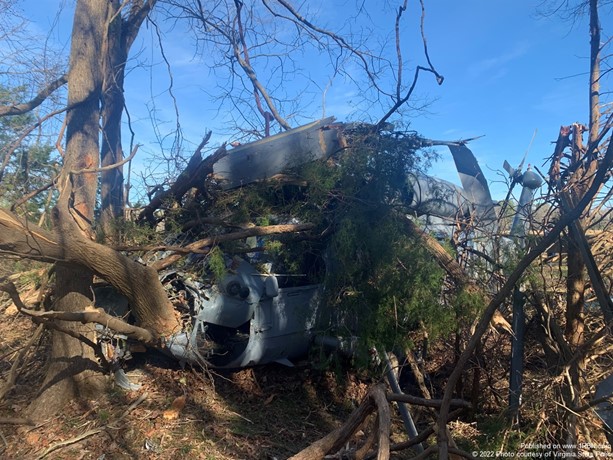 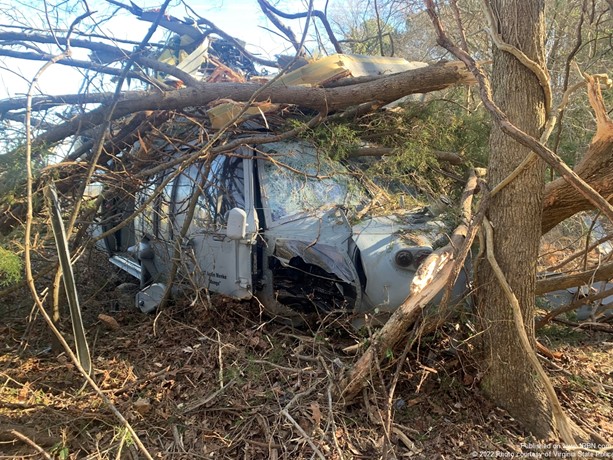 ISLE OF WIGHT,VA-A Navy helicopter crash-landed on Jan. 12 around 11:30 a.m. in Isle of Wight County, injuring one.

"The pilot made an emergency landing, and the momentum pushed the aircraft into the woodline, where it struck several trees." said Michelle Anaya of the Virginia State Police.

Anaya said the cockpit and both sides of the landing skids were damaged.

There were three members on board. The two pilots were not injured but a backseat passenger had minor injuries.

The U.S. Navy Investigation and Security personnel are on scene and have taken over the investigation.

The FAA is not responding to investigate.