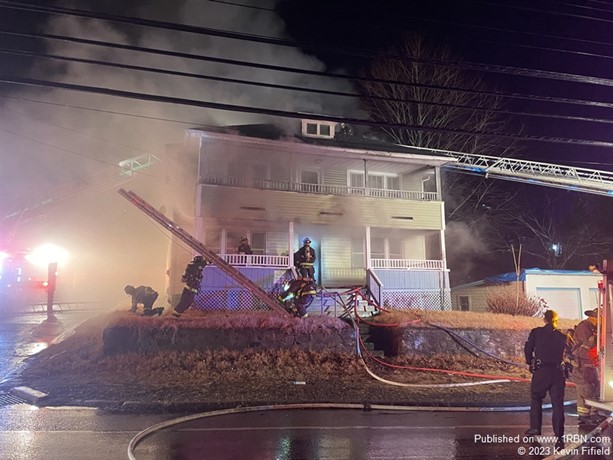 Photo by Kevin FifieldEngine 33's crew throwing a ladder while both Truck Companies are venting the roof. 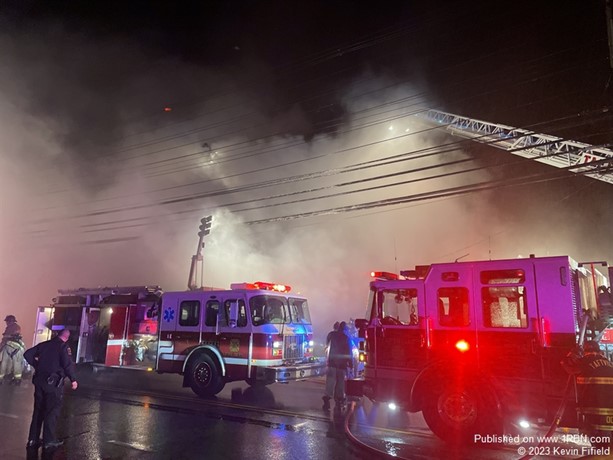 Photo by Kevin FifieldSmoke banked down and filled the streets. 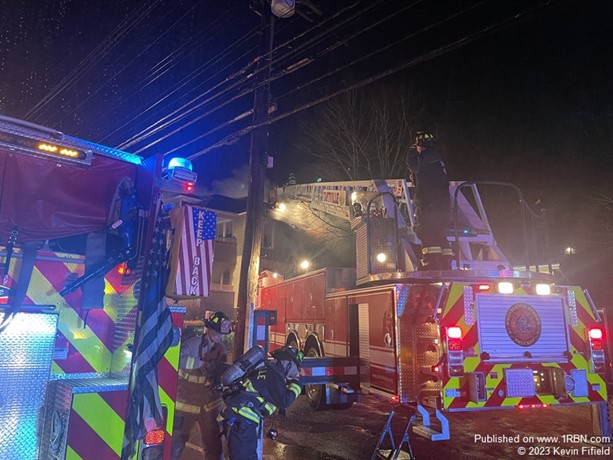 Photo by Kevin FifieldTruck 25 set up in a parking area on the Delta side. 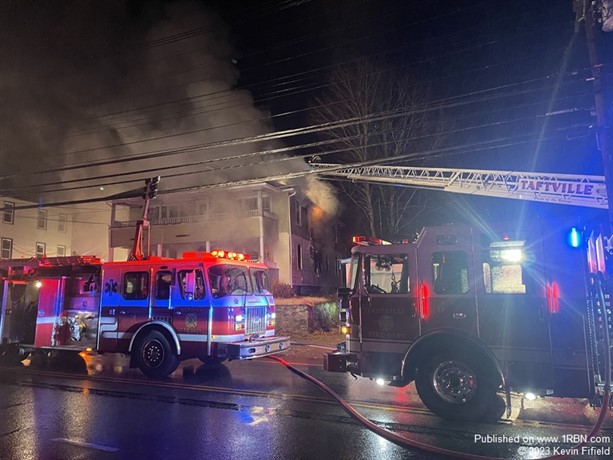 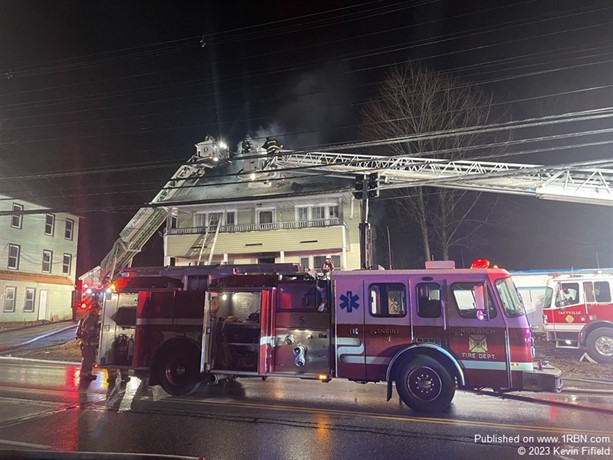 Photo by Kevin FifieldNorwich Engine 4, a 1995 E-One, with both truck companies in the background.

TAFTVILLE, CT - At 8:04 P.M. on Wednesday, January 4th, the Taftville Fire Department with automatic aid from Norwich Engine 2, Truck 1 and Battalion 1, were dispatched to 112 Norwich Avenue for reported flames coming from a window.

Engine 2 (Reserve Engine 4) arrived at 8:08 P.M. reporting fire showing from the windows of the first floor 'Delta' side of a two-and-a-half story wood-frame residential apartment building. The working fire was transmitted, which added Occum Engines 41 and 42, Yantic Engine 33 and Rescue 3, as well as the Mohegan Tribal FAST & American Ambulance.

Engine 2's crew stretched a one-and-three-quarter inch hose line to the front door and experienced a pump failure on the 1995 Reserve Engine 4. Taftville's Engine 21 arrived next and connected into the line that was originally stretched and gave them water. After a slight delay, Engine 2's crew advanced their line into the first floor and began suppressing fire. Engine 21's crew then stretched an interior line while Trucks 1 and 25 set up for vertical ventilation. Engine 22 laid in from a hydrant and established a water supply.

While a member was performing the primary search of the second floor, he became disoriented and was running low on air so a Mayday was transmitted at 8:25 P.M. The Mohegan Tribal FAST was activated. The firefighter was able to find a find a window, which he smashed out and then performed a head first bailout onto a ladder that was thrown by Rescue 3.

We are very lucky with the outcome of this incident and that two firefighters sustained only minor injuries. The Norwich Fire Marshal's Office is investigating with the assistance from the Connecticut State Police Fire and Explosion Investigation Unit.

(Special thank you to our mutual aid partners and the Norwich dispatchers on duty that evening for getting us through a stressful situation.)