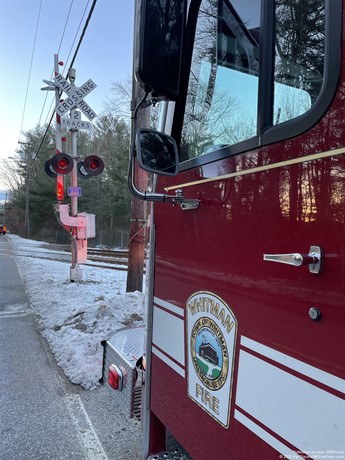 Photo by Pat Travers/NEFirePhoto.comWhitman Engnine-243 stands by near the tracks. 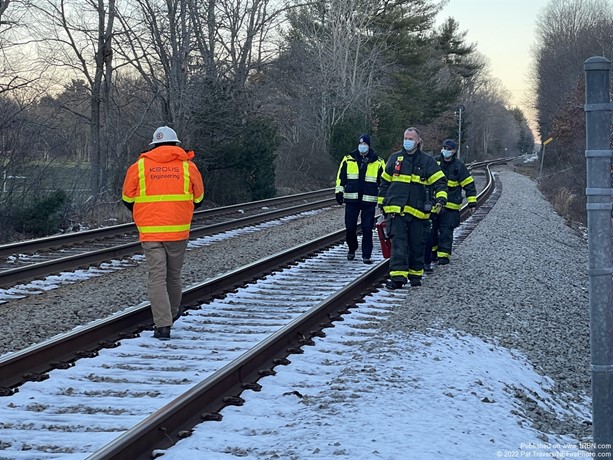 Photo by Pat Travers/NEFirePhoto.comFire crews meet with the Keolis representative. 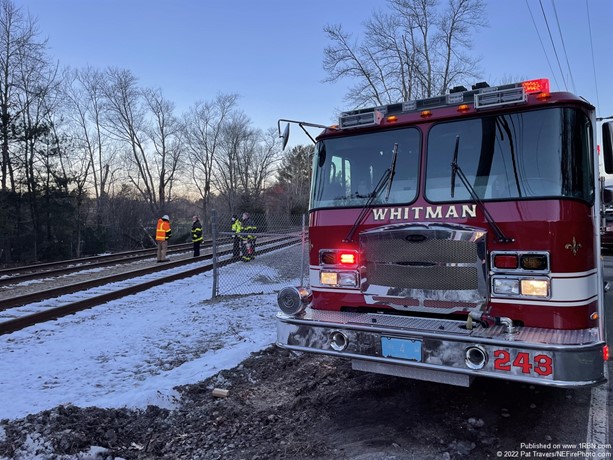 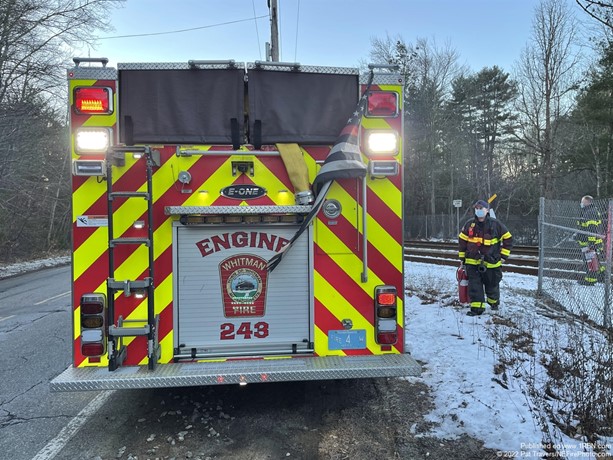 WHITMAN, MASSACHUSETTS (PLYMOUTH COUNTY) - Shortly after 0700 hours on the morning of Monday, January 10, 2022 the Whitman and Hanson Fire Departments responded to reports of a fire on the train tracks near the Franklin Street (Route-27) crossing near Ridder's Golf Course. Crews arrived to find a small area of burning on the tracks.

The MBTA Commuter Rail Kingston line was shut down while crews worked on the tracks, delaying the morning's trains to and from Boston. The MBTA was requested to inspect the area before trains were allowed to continue along the route. A representative from Keolis responded to the scene and inspected the area that was on fire. The area was deemed safe and the train traffic was allowed to continue just before 0800 hours.