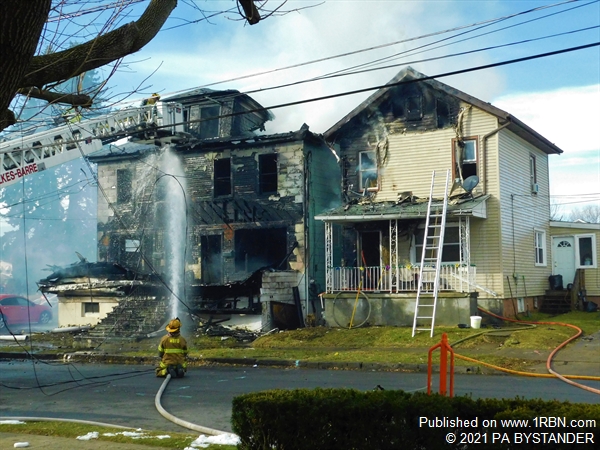 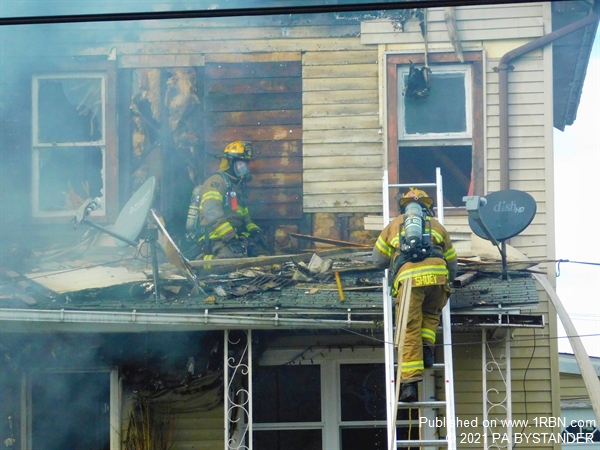 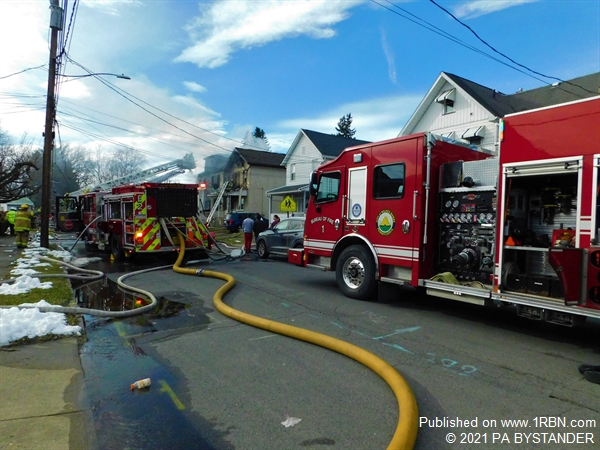 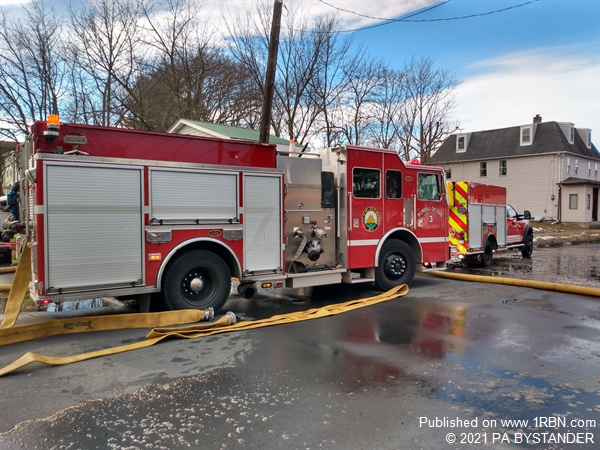 On arrival two working structure fires were confirmed, with one house fully involved and live wires down and arcing. Command called for a fourth-alarm working fire box. Off duty firefighters were called in along with an engine from Hanover Twp. and Kingston as the RIT.

Firefighters did a surround-and-drown on the fully involved house and went interior on the second house. Crews worked for hours to knock the flames out and do overhaul. Wilkes-Barre Fire Chief Delaney confirmed that nobody was inside the first house, and residents of the second house evacuated immediately.

At this time the fire is under investigation. Nine people were left homeless.