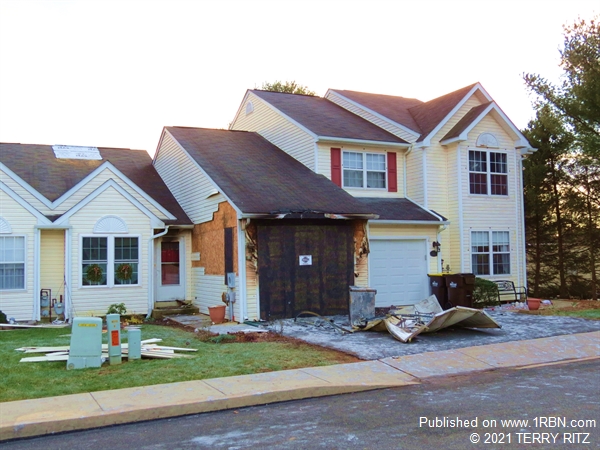 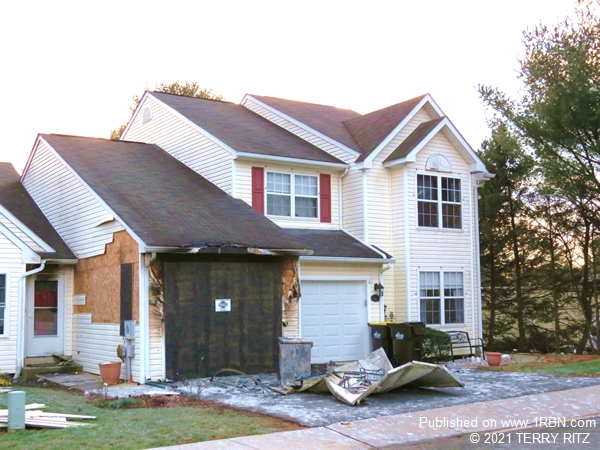 Bally, PA - On January 5th at 8:05 P.M., Eastern Berks Fire Company and Boyertown Area Fire and Rescue were dispatched for a working garage fire in a townhouse type sectional unit at N. 4th St. and Chestnut St. in the borough of Bally in Berks County.

On arrival, the first responders had a working garage fire with extension to the second floor of the house. Quick response by the fire companies helped to bring the fire under control within 40 minutes.

Firemen had to enter all four units to check for extension. They found no extension to the other three units. All four units were evactuated before the fire companies arrived. There were no injuries. The two units on either side of the burned unit received smoke damage. The cause and damage is being inspected by fire marshals from PA State Police and Bally.

Assisting the two fire companies were Hereford and Pennsburg fire companies. Bally fire police and Bally EMS were also on the scene. Med-Ed Electric and UGI Gas were also there.