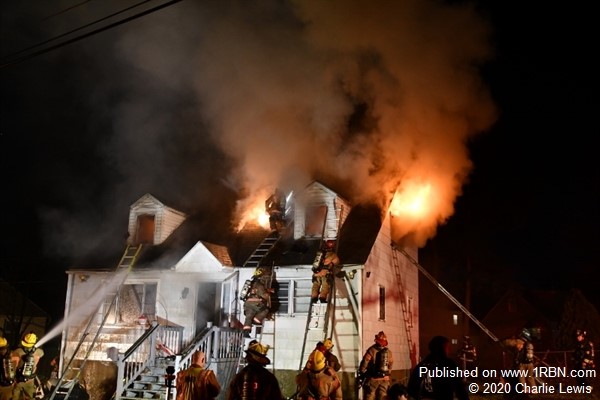 Photo by Charlie Lewis Heavy fire vents through the roof and from the side 'Delta' window. 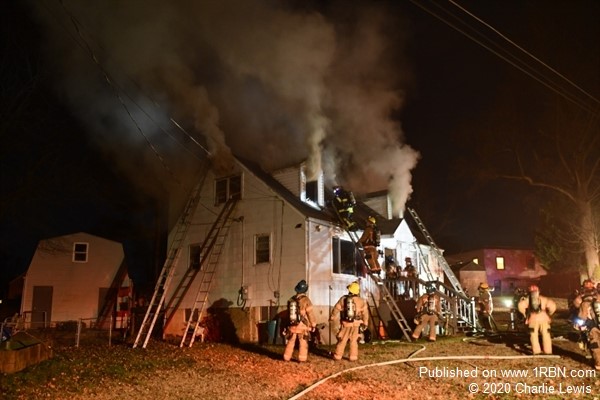 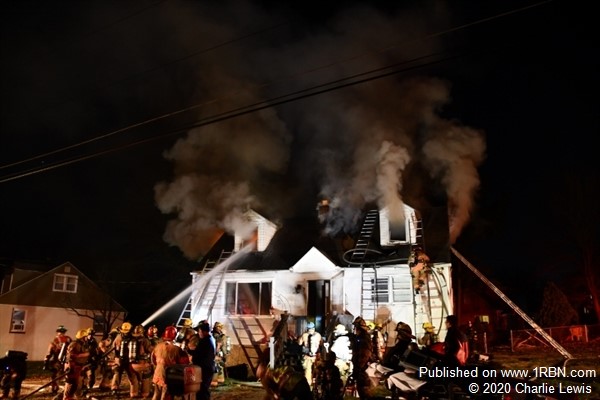 Parkville, MD - Shortly before 8:00 P.M. on January 6th, Firebox 10-10 was dispatched for the report of a dwelling fire in the 3000 block of Balder Avenue. Engine 10 arrived to find heavy smoke from a two-story, wood-frame, single-family dwelling.

Crews making an interior attack found significant fire in the walls on the second floor, however they had difficulty gaining access due to the type of roof construction on the house. As conditions continued to deteriorate, command ordered an evacuation of the structure and a defensive exterior attack was mounted.

Shortly after the evacuation, the second floor flashed over and vented through the roof and a 'Delta' side window. A working fire dispatch along with two extra engines were requested to the scene.

The fire was placed under control in about 90 minutes and crews remained on the scene for approximately three hours for overhaul and investigation. Due to the amount of air bottles used, a second air unit was also requested. All occupants escaped without injury. The cause is under investigation at this time.