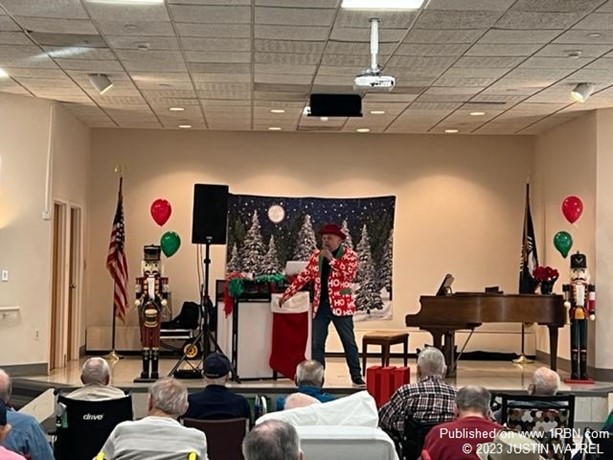 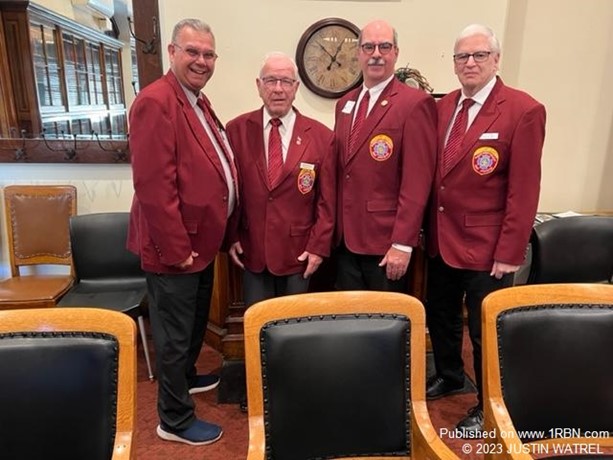 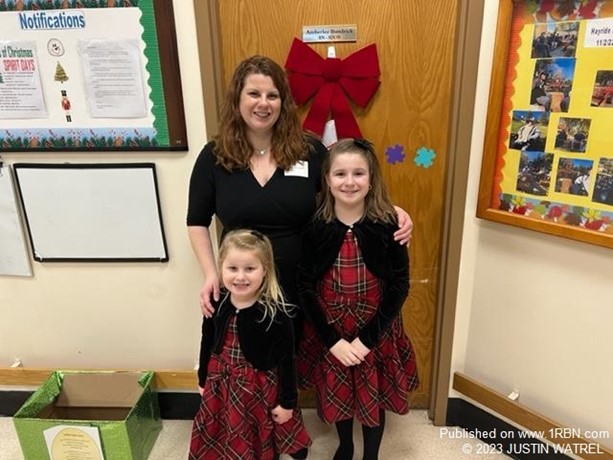 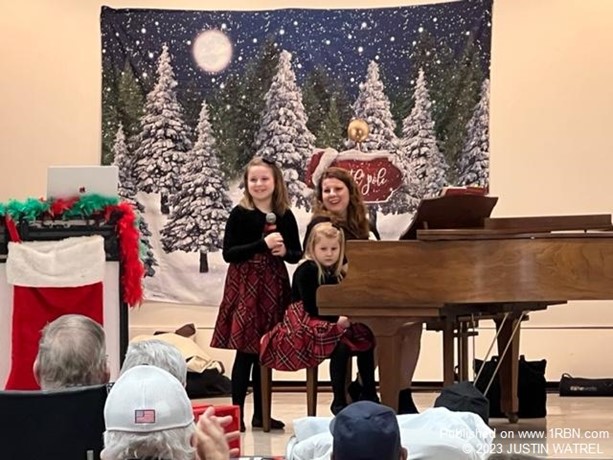 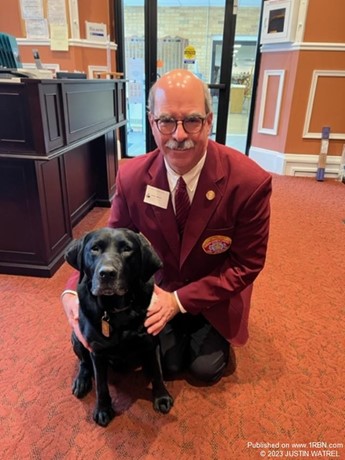 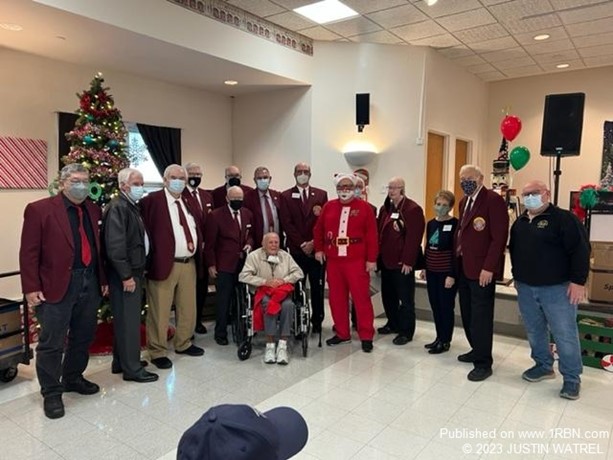 BOONTON, NJ - It has been a long time since we had a Christmas party at the NJ State Firemen's Home, and it was nice to be back. We had to follow all COVID protocols and wore masks during our visit to the home in December.

We started our day with a get-together of the members, just sitting back and talking, before the entertainment began. It gave the Executive Board a chance to talk, and we took our first group shot together since I joined the board last year. We make a very impressive bunch.

I even got a chance to bond with the resident dog of the NJ State Firemen's Home, Wells, who was a former seeing eye dog that has now found a home here keeping our retired firefighters comforted and engaged. He walks around having everyone spoil him with petting and treats. Even he has to watch his weight at the holidays. All I know is that he loves being loved by everyone, and likes to spread that love.

At 1:30 P.M., the DJ (Chief John McLoughlin of the Demarest Fire Department), started the entertainment and the Christmas festivities began. Our DJ really got the group engaged, performing a variety of popular Christmas songs while the residents joined in on the fun of the event. Residents were being brought in from all corners of the NJ Firemen's Home for the annual party.

BCFHA member Jerry Naylis had his daughter and grandchildren perform again this year. His daughter, Stephanie Naylis-Quirk, and her daughters, Regan and Riley Quirk, played the piano and sang to the residents of the home. The children sang lively Christmas songs and led the room in a sing along.

After the ladies took their bows, it was time to hand out Christmas presents from the Bergen County Firemen's Home to the residents. This year, the gift to the residents of the home was a beautiful 'firemen' red fleece jacket that had each resident's name on it. It was a very personal and touching gift to our fellow retired firemen who we wanted to remember at the holidays. COVID had really affected them and their families, as well and the residents, and they all needed some cheering up.

After the day of entertainment was over, the members got together and took the annual member group shot. Following all home protocols required us to wear masks so the shot was not as personal as it should have been, but we kept everyone safe. We still managed to provide the residents with all sorts of entertainment, barbecues and special events while never losing the spirit of helping our fellow firefighters.

Happy New Year to all of our firefighters, retired and still active, from the Bergen County Firemen's Home Association!