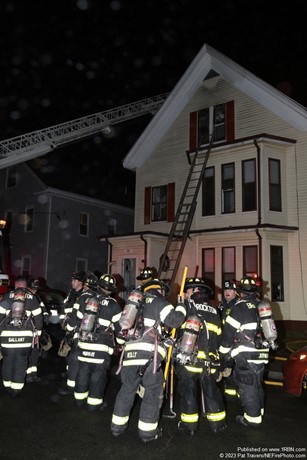 Photo by Pat Travers/NEFirePhoto.comTwo alarms were struck for 168 Bartlett Street 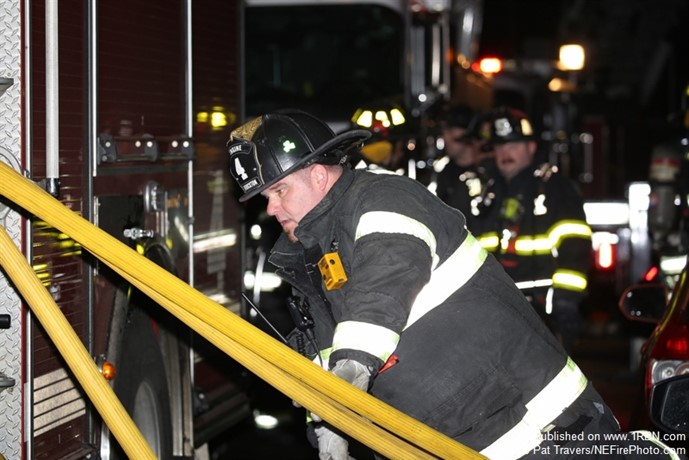 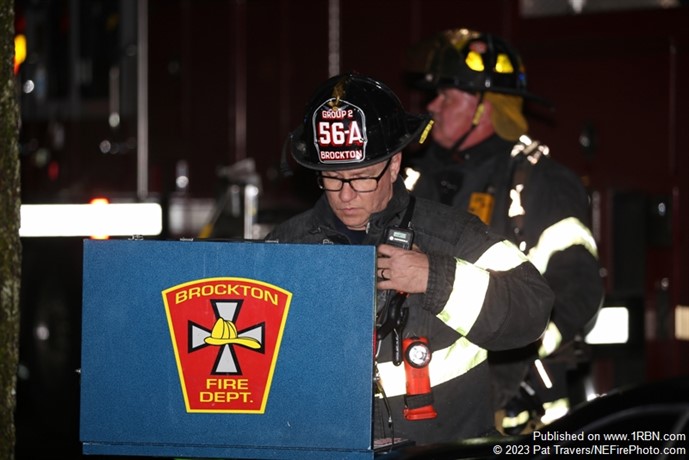 Photo by Pat Travers/NEFirePhoto.comAide to the Deputy Chief Ed Churchill works the command board. 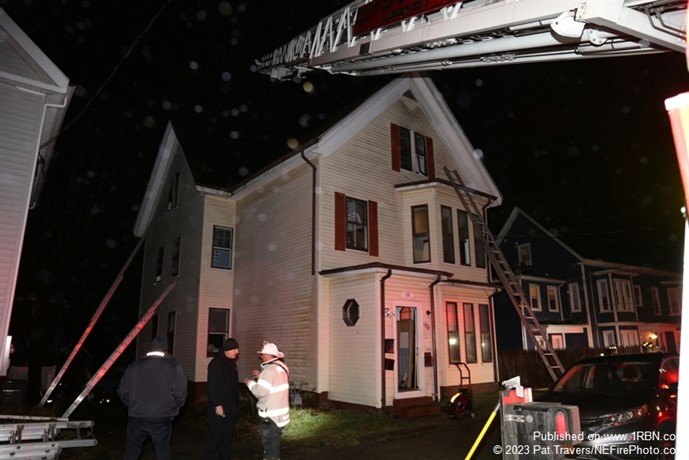 Photo by Pat Travers/NEFirePhoto.comMultiple ground ladders were thrown to the building. 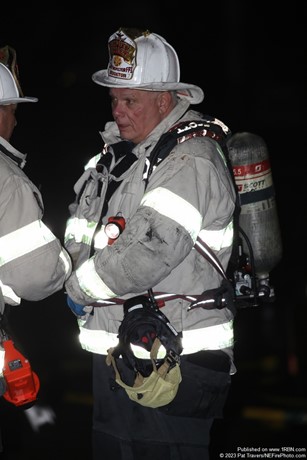 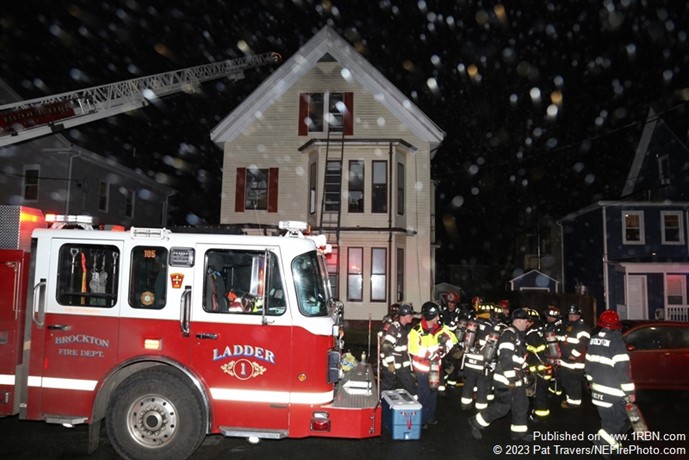 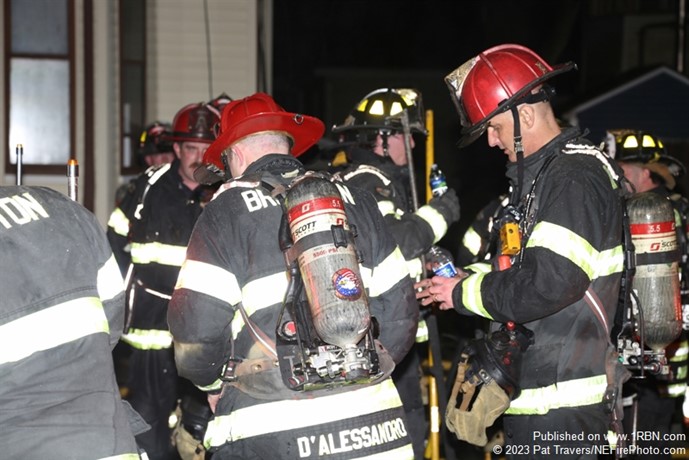 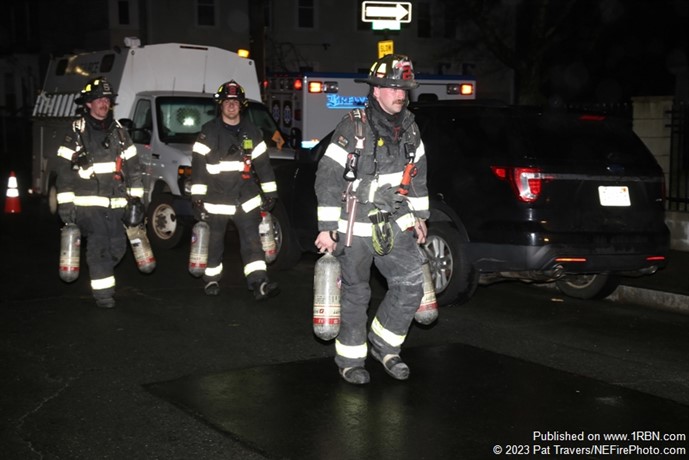 Photo by Pat Travers/NEFirePhoto.comFirefighters come back with full bottles.

Engine-4 arrived on scene and confirmed a basement fire in a two-and-a-half story wood-frame dwelling, and they stretched a line. All occupants were reported out of the building, and primary searches were negative. Approximately 10 minutes into the incident a Working Fire assignment was ordered by Car-56. Shortly after the Working Fire was requested, as smoke began to push from the basement and third floor, a Second-Alarm was ordered, bringing Engine-7 to the scene, assigned as RIT. Car-55 Chief of Department Brian Nardelli also responded to the Second-Alarm.

Command reported that the heavy fire was knocked down in the basement with three hand lines. Two sticks and several ground ladders were seen thrown to the building. Within another 15 minutes, the fire was knocked down and the heavy smoke was ejected from the multiple-family home. Mutual aid companies from West Bridgewater and Stoughton covered the city during the fire. The Red Cross was requested to the scene for displaced residents. No injuries were reported, and the cause of the fire is under investigation.