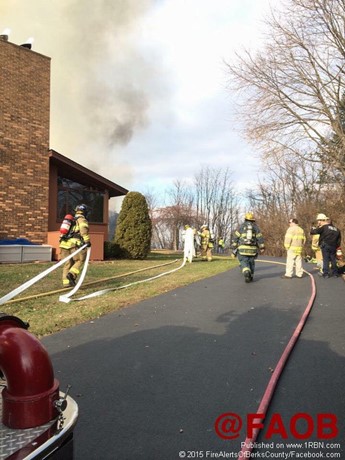 Photo by FireAlertsOfBerksCounty/Facebook.comCrews stretching in a line. 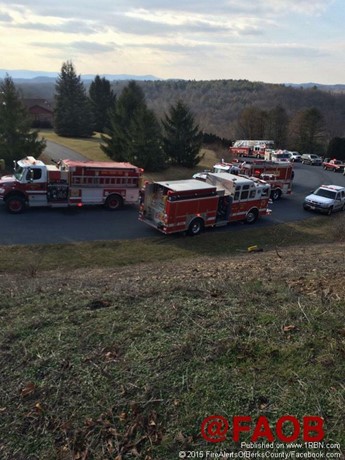 Photo by FireAlertsOfBerksCounty/Facebook.comApparatus staging near the scene.

January 2nd , around 12:00 Company 55, Engine 29, Engine 37, Engine 11-1, Tower 79, Ladder 64, and 85 for RIT were alerted to 647 Scenic Dr. Bern Township for a garage on fire. Quint 30 soon there after notified that they had smoke showing. Crews arrived and found a garage fully involved. Soon there after 55 command ordered in the second alarm alerting Ladder 10, Engine 64, Engine 18-4, Engine 18-1, Air 85, and the Zone 2 Tanker Task force. A water supply was established for the incident to relay water to the site. Around 4 hours later all crews were released.