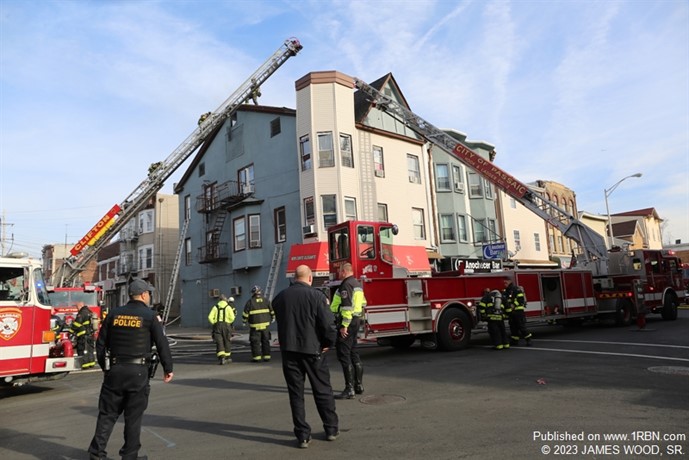 PASSAIC, NJ - An early-morning fire on December 29th left 21 homeless as flames destroyed their home at 9:56 in the morning.

The fire started in the basement and had traveled up the walls to the first floor before the fire department arrived. Once on scene, firefighters gained entry to the basement with heavy fire conditions, knocking it down. Two more lines were sent to the second and third floors while other crews began opening up walls to stop the fire.

The fire broke through the roof and caught the 'Delta' building's roof on fire. Just when they thought they had it under control with no signs of smoke or flames the fire started to erupt from the roof again, and the guys did a great job gaining control.

There were no injuries. One resident was taken to St. Mary's Hospital for smoke inhalation, but was later released. The fire was placed under control at 12:40 P.M.