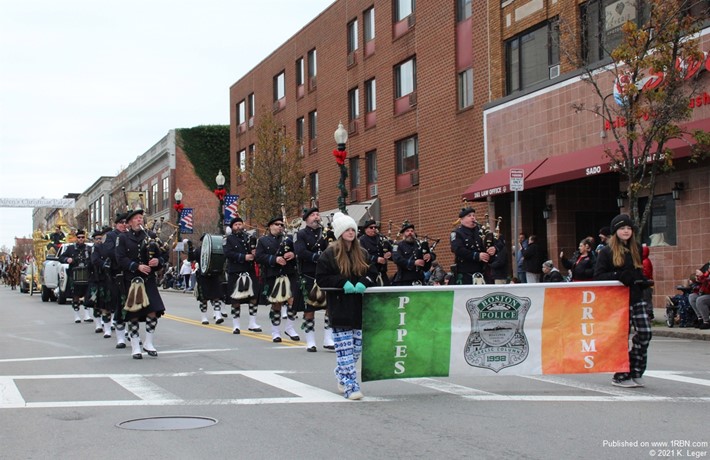 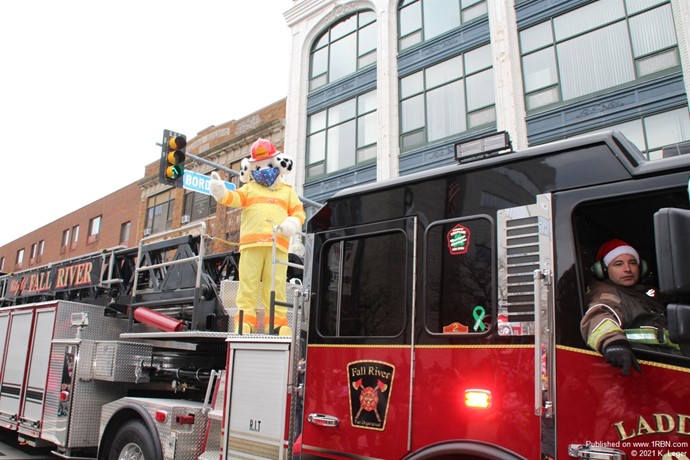 Photo by K. LegerSparky waves from on top of Ladder 2

Fall River, Ma. On Saturday, December 4th the Fall River Fire Department participated in the annual Children's Holiday Parade. The parade lasted over 90 minutes and featured massive inflatable Macy's style balloons, dozens of marching bands, and floats filled the parade route. Sparky the fire dog made an appearance along with the Grinch and Santa Clause. The Fire Department was well represented by a half a dozen trucks and marchers from all divisions including EMS, and EMA / Special Services. The Boston Police Pipes and Drums marched along with the Colonial Navy of Massachusetts. The children also enjoyed numerous Disney and Sesame Street characters marching along.