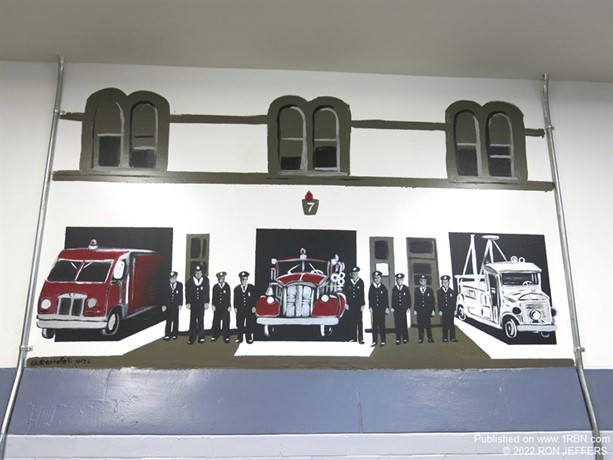 In March, the Jersey City Gong Club moved from its long-time home on Bay Street, downtown, to the former quarters of Engine 7 on Summit Avenue, where the firefighter's credit union is located on the second-floor. In the 1950's, the club's canteen truck was stored at this house. Recently, Firefighter Eli Ramos created this mural on the kitchen wall of the organization's new home. L-R: The former "Gong Wagon," Engine 7's Ward La France and a shop built special unit painted in white.